When it comes to Doctor Who I’m a bit of a traditionalist. I’m not talking about the decision to make the Doctor a woman, I’ve written literally thousands of words in favor of that choice. No, I’m of the opinion that the Doctor Who festive episode should be a Christmas episode, mainly because I couldn’t give a Dalek’s plunger about New Year’s Day, or Eve for that matter. That’s because I have my own yearly tradition when it comes to these specials. Because of this hair-brained idea, I couldn’t fulfill the requisite effort of trying to quiet my entire family down for an hour on Christmas, it being tea-time most are more than merry at this point, with my brother acting as crowd control while he condones my bratty behaviour. I’ve also missed out on trying to explain the intricacies of the show to my gran, though she has actually watched this season so it wouldn’t have taken as long as usual. Come to think of it, this tradition is a huge pain in the arse, so I think I might owe Chris Chibnall a debt of gratitude. Ok, the real reason I was against a New Year’s Day special is because the last time the show did this they killed David Tennant. Rant over, now let’s get to the bloody Daleks.

Like a lot of Doctor Who fans, I’m sick of the Daleks. Since the show returned in 2005 the Daleks have made the most appearances of any monster, classic or otherwise, in its eleven seasons. Some have been all-time classics like “Dalek”, “Army of Ghosts/Journeys End”. Some have been above average like “Into the Dalek” and “Asylum of the Daleks”. Then there are some absolute stinkers like “Daleks in Manhattan” and “Victory of the Daleks”. I realize how important they are to the mythology of the show but I’m glad that Chris Chibnall gave the old pepper pots a rest. Still, they were always coming back, as the eternal enemy they can never truly die, and it can be argued that a new Doctor cannot be a complete Doctor until they face off against their greatest foe. 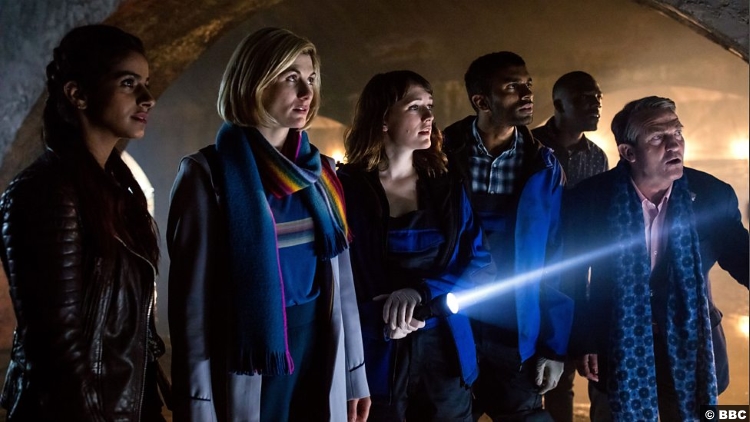 The trailer for Resolution promised us the Deadliest Creature in the Universe, a noble effort as most of the time the BBC just tells us “it’s a Dalek, you know it’s a Dalek”. We all knew it was going to be the Daleks, even those of us that are still wondering about the Timeless Child (and the Minister of War, but Steven Moffat ret-conned his own ret-cons) so there was a small part of me that wished that Chibnall would reveal an original monster that was good enough to join the show’s cannon. Even so, Jodie had to take them on eventually, and Resolution brought the perfect amount of scale, surprises, and an all-round sense of good fun.

This is the first time that Chibnall has taken on such a recognizable foe, his highest profile baddie prior to this was the Silurians, and as all good Dalek stories should do, it brought the best out of the Doctor. A Dalek story is usually a free pass for the Doctor to go a little more angsty than normal, but that isn’t the way that Whittaker plays it. While we get the weight of the situation, this Doctor is still more likely to put a brave and whimsical face on things. I’ve seen some complaints that Whittaker’s Doctor isn’t given the chance to bring out the inner steel of the character, but I would argue that the Doctor choosing not to go down this well-worn path not only suits this type of special, it also shows that this Doctor’s leadership skills are contagious. Why would you panic under pressure if the boss-lady isn’t. Maybe it’s just the hangover from Peter “I’ll just let children die” Capaldi’s Doctor, but this Doctor consistent positive attitude, an attitude that convinced poor possessed Lin that she could fight the Dalek controlling her. 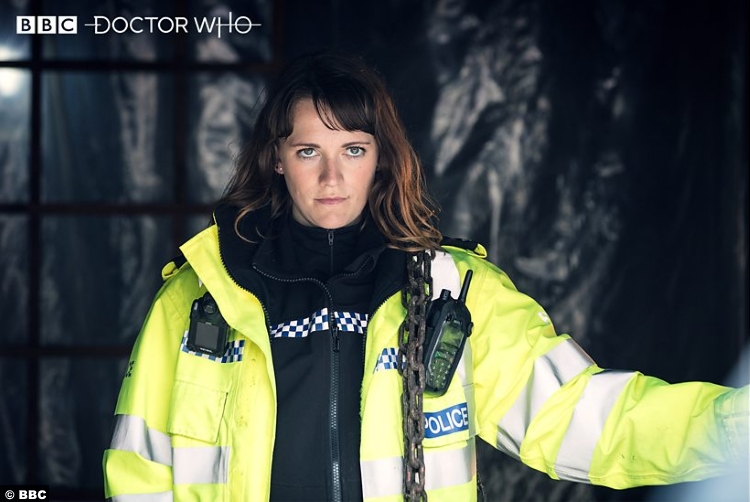 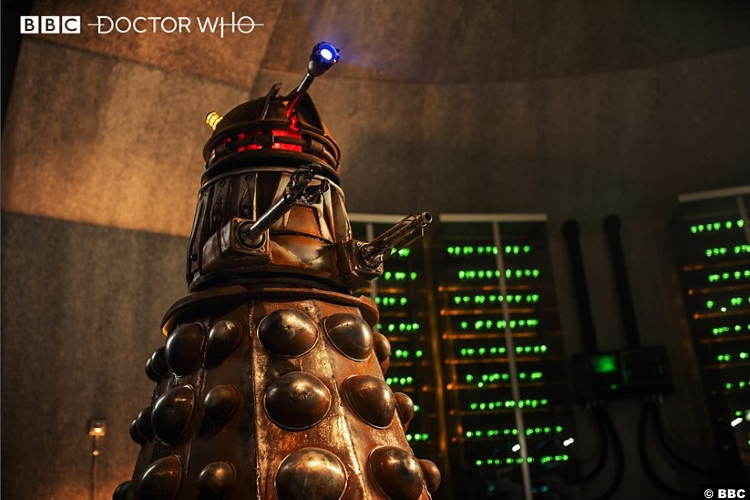 Overall, Resolution plays like a more fun, if a little less essential, version of the Ninth Doctor classic, “Dalek”. Like “Dalek” Resolution only has one Dalek to deal with which meant that the show had to convince us, who have seen literally millions of Daleks at this point, of this one pepper pot’s danger. In these terms, the episode did a solid job as the Dalek possession played like a better version of Venom, and the DIY shell was a cool design. The purely plot based aspects of Resolution are the perfect mix of festive spirit, even if the specific holiday was different, and some great comedy throughout, UNIT being closed down because of Brexit, maybe, is sure to get some tongues wagging. 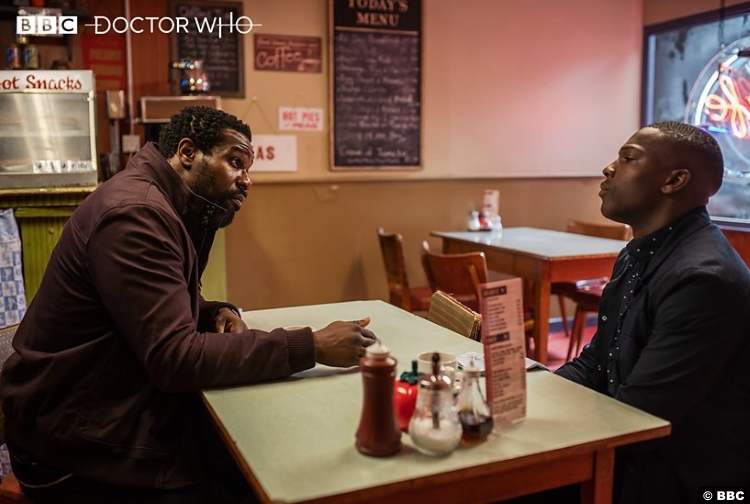 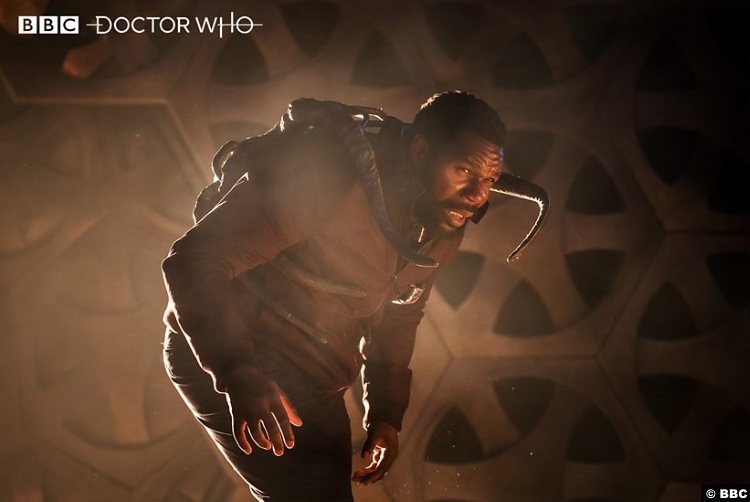 I was less impressed by the emotional core of the episode which featured Ryan’s confrontation and reunion with his father. I realize that act of Dalek can fast-forward a few steps on the road to reconciliation, but it all felt a little too neat for me, especially given how well Ryan and Graham’s relationship has been handled in previous episodes. Maybe I’ve got a lump of coal where my heart should be (or whatever the New Year’s version of that expression is: maybe an empty champagne glass?) but it all felt a little too easy considering the excellent work that led up to it.

7/10 – Doctor Who is in a strange place at the moment. While the Whittaker/Chibnall era has gotten off to a good start, it still needs a bit of fine tuning to get to the heights scaled during the Davis era, and the beginning of the Moffat era.