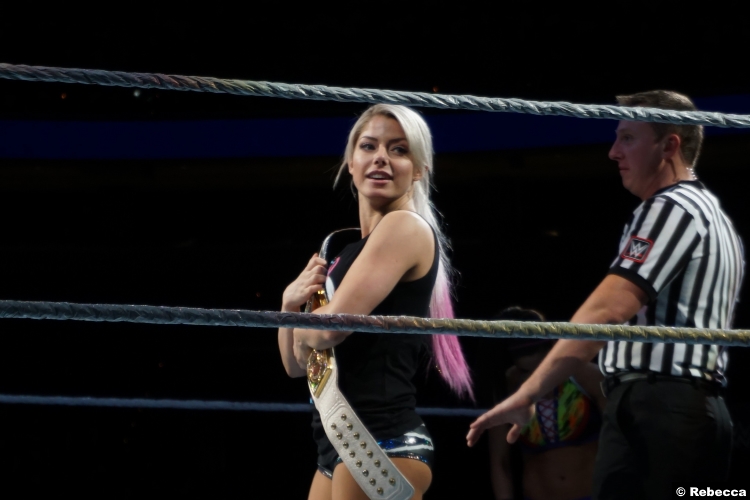 The 1315th edition of WWE Monday Night RAW came to you, live, from the Jacksonville Veterans Memorial Arena in Jacksonville, FL. As she prepares to challenge Alexa Bliss for the RAW Women’s Championship in just under two weeks at SummerSlam, Ronda Rousey would make her RAW in-ring debut, going one-on-one with Alicia Fox. However, with Natalya in Rousey’s corner and RAW Women’s Champion Alexa Bliss in Alicia Fox’s corner, will this match devolve into anarchy? Also, after Universal Champion Brock Lesnar made a memorable return to RAW last week where he not only victimized RAW General Manager Kurt Angle with an F-5 but he also put his hands on his longtime advocate, Paul Heyman. Will there be any ramifications for Brock Lesnar’s actions? What will Brock’s SummerSlam opponent Roman Reigns have to say about Brock’s aggressive outburst?