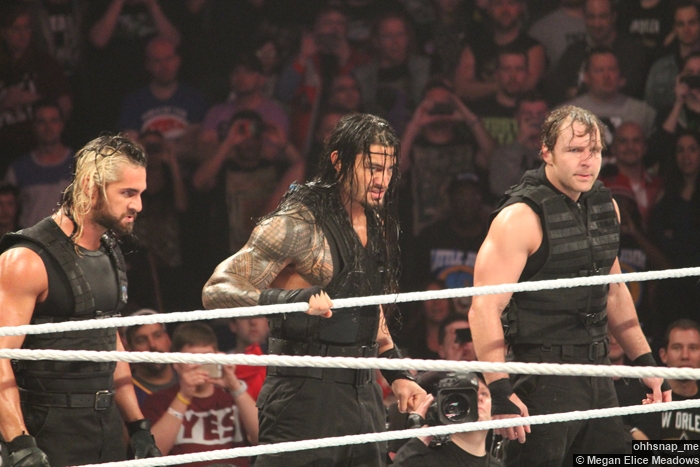 Back on the Hunt.

One night after a wild SummerSlam, the 1317th edition of WWE Monday Night RAW came to you, live, from the site of SummerSlam, the Barclays Center in Brooklyn, NY. After a historic 504-day reign as Universal Champion, the reign of “The Beast” is over as, after trying time and time again over the last few years, Roman Reigns was finally able to conquer Brock Lesnar at “The Biggest Event of the Summer” to become the brand new Universal Champion. Though one could argue that Brock’s pre-occupation with “Mr. Monster-in-the-Bank” Braun Strowman at ringside played a major part in Brock losing the title, the fact remains that “The Big Dog” is back on top. What will Roman Reigns have to say about vanquishing “The Beast”? Will Brock Lesnar & Paul Heyman show up on RAW? History was also made at SummerSlam with the crowning of a new RAW Women’s Champion as “Rowdy” Ronda Rousey dominated Alexa Bliss en route to becoming the first woman in history to be a champion in both WWE and UFC, adding to an already banner year for “The Baddest Woman on the Planet”. Will Ronda Rousey be on RAW to address her title victory?