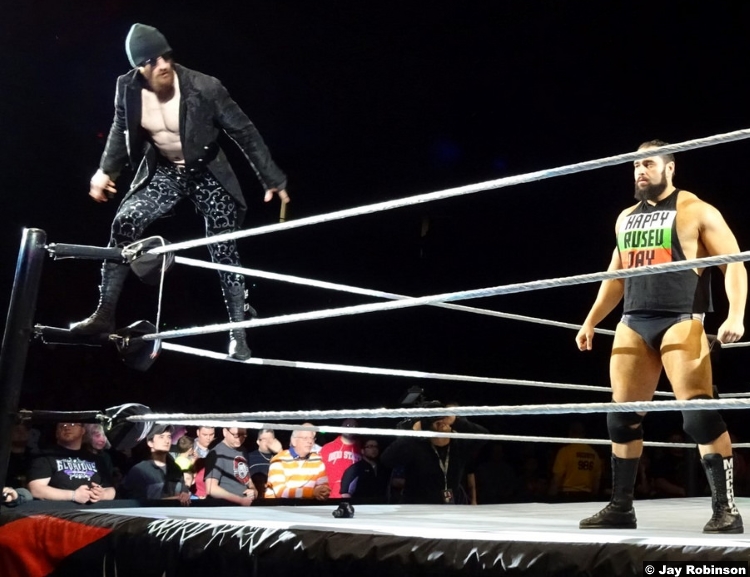 Two nights after WWE Money-in-the-Bank, the 983rd edition of WWE SmackDown LIVE came to you, live, from the Huntington Center in Toledo, OH. After a hard-fought victory against Shinsuke Nakamura in a Last Man Standing Match to retain the WWE Championship at Money-in-the-Bank, seemingly putting his rivalry with Nakamura to rest, WWE Champion AJ Styles must look ahead to his next title defense at the Extreme Rules pay-per-view next month. “The Phenomenal One” would certainly have his sights set on the main event of SmackDown LIVE as Daniel Bryan, The Miz, Rusev, Big E, and Samoa Joe would compete in a Gauntlet Match to determine who will challenge AJ Styles for the WWE Title at Extreme Rules!