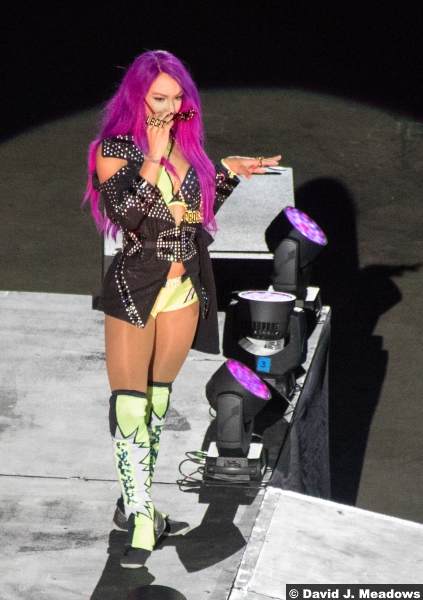 The 1305th edition of WWE Monday Night RAW came to you, live, from the Richmond Coliseum in Richmond, VA. Last week on RAW, Seth Rollins came to the aid of his former Shield partner Roman Reigns to help Reigns fend off an attack from Kevin Owens and Roman’s Money-in-the-Bank opponent Jinder Mahal. However, after a tag team match between the four Superstars, it was Jinder Mahal who would have the last laugh as “The Modern Day Maharaja” assaulted both Reigns and Rollins with a steel chair on the stage. Now, this week, Seth Rollins will be looking for revenge as Rollins would defend his Intercontinental Championship against Jinder Mahal! Can Jinder end the red hot streak Seth Rollins has been on lately by winning his first Intercontinental Title or will Rollins humble “The Modern Day Maharaja” and keep his Intercontinental Title? Also, with one spot remaining in the Women’s Money-in-the-Bank Ladder Match, seven women would get one last chance to qualify for the match as Sasha Banks, Bayley, Ruby Riott, Liv Morgan, Sarah Logan, Mickie James, and Dana Brooke would all compete in a Last Chance Money-in-the-Bank Qualifying Gauntlet Match with the winner joining Ember Moon, Charlotte Flair, Alexa Bliss, Becky Lynch, Natalya, Lana, and Naomi in the Women’s Money-in-the-Bank Ladder Match in less than three weeks.