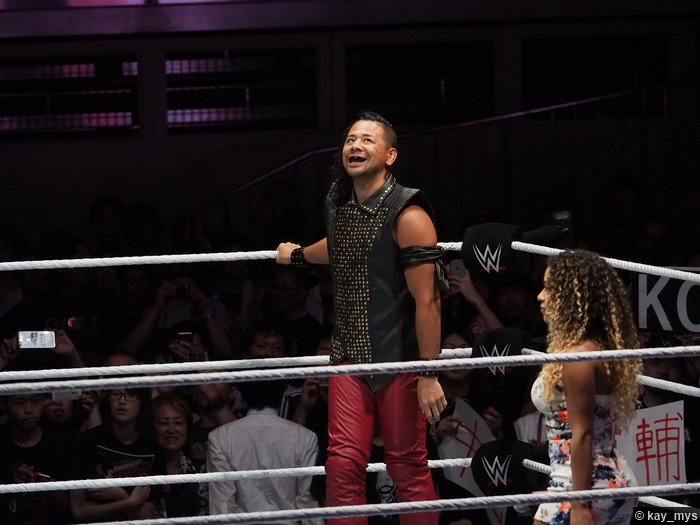 Two nights after a wild and unpredictable WrestleMania, the 973rd edition of WWE SmackDown LIVE came to you from the Smoothie King Center across the street from the site of WrestleMania in New Orleans, LA. On a night where a new United States Champion and new SmackDown Tag Team Champions were crowned, WrestleMania also saw a stunning betrayal by Shinsuke Nakamura who, after coming up short in his WWE Title match against AJ Styles, would deliver a low blow to the WWE Champion before leveling AJ with a Kinshasa on the outside! WrestleMania was also home to the in-ring return of Daniel Bryan, who teamed with Shane McMahon to successfully defeat Kevin Owens & Sami Zayn to ensure that Owens & Zayn would remain fired from SmackDown LIVE. Now that Daniel Bryan & Shane McMahon’s war with Kevin Owens & Sami Zayn is seemingly over, what’s next for SmackDown LIVE management? Will SmackDown LIVE be as full of surprises as RAW?