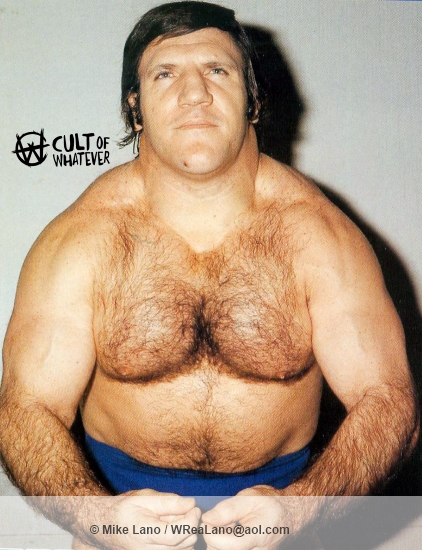 Before RAW officially gets underway, a host of WWE Superstars and employees, including WWE Chairman Vince McMahon, RAW General Manager Kurt Angle, Roman Reigns, Kevin Owens, Sami Zayn, Seth Rollins, Finn Balor, Braun Strowman, Ronda Rousey, Sasha Banks, Bayley, The Riott Squad, Alexa Bliss, Bobby Lashley, Baron Corbin, Titus Worldwide, The Ascension, and The Authors of Pain, all stand solemnly on the stage as the bell is tolled ten times in honor of WWE Hall of Famer Bruno Sammartino, who passed away last week at the age of 82 before a touching video tribute is shown, commemorating the unparalleled career of the one and only Bruno Sammartino.

RAW then gets underway with the return of “The Beast” as, for the first time since he successfully defended the Universal Title against Roman Reigns at WrestleMania, Universal Champion Brock Lesnar and his advocate Paul Heyman appear on RAW four nights before Brock faces Reigns in a Steel Cage rematch for the Universal Title at The Greatest Royal Rumble. Heyman says that the fans think that he is out there to “gloat” about Brock Lesnar’s accomplishments, but Brock Lesnar “does not gloat”, saying that Brock “conquers” and Paul Heyman “gloats”. The advocate then does just that, recounting that Lesnar left Roman Reigns in the center of the ring like a piece of “Samoan trash” and pinning Roman in the biggest WrestleMania of all-time.

Heyman continues, saying that Brock Lesnar does not dwell in the past as Lesnar looks ahead to this Friday in Saudi Arabia at The Greatest Royal Rumble where Brock will be locked inside a Steel Cage against Roman Reigns. Heyman then says that WWE had no choice but to put Roman Reigns in a steel cage against Brock Lesnar for the Universal Championship, saying that Brock Lesnar is the “greatest cage-fighter” in the history of the “Brocktagon”. The advocate continues, saying that Brock will beat Roman so badly that Roman will have to be shipped back to the United States in “multiple boxes” after becoming a “victim” of the Universal Champion.

This brings out “The Big Dog” Roman Reigns, who doesn’t take his gaze off of Brock Lesnar as he makes his way to the ring to confront the Universal Champion. Roman vows to come back to the United States as the Universal Champion, telling Brock to “believe that” before Reigns leaves the ring, having said all he needed to say to “The Beast” ahead of their rematch at The Greatest Royal Rumble.

After coming over to RAW from SmackDown LIVE in the Superstar Shake-Up last week, “Glorious” Bobby Roode would go one-on-one with Elias in the opening match of the night. After avoiding the Glorious DDT, Elias would roll to the outside and Bobby Roode would send Elias back into the ring and this is when Elias would spot his opening as Elias would pull Roode by the arm, resulting in Roode going face-first into the middle rope. Elias follows this up with a roll-up, securing the three-count to spoil Bobby Roode’s RAW debut.

Now calling themselves “The Deleter of Worlds”, the strange pairing of Matt Hardy & Bray Wyatt would face The Ascension before Matt & Bray face Cesaro & Sheamus for the vacant RAW Tag Team Titles at The Greatest Royal Rumble this Friday. In the end, it was Bray Wyatt taking Konnor out with Sister Abigail before Matt Hardy & Bray Wyatt hit Viktor with the wheelbarrow Twist of Fate with Bray pinning Viktor to pick up the win for The Deleter of Worlds.

After coming to RAW in the Superstar Shake-Up thanks to RAW Commissioner Stephanie McMahon, Kevin Owens & Sami Zayn would appear on RAW to premiere their new talk show segment, The Sami & Kevin Show. Owens says that, with The Miz going to SmackDown LIVE and taking Miz TV with him, they are stepping up to “fill the void” left by The Miz. After Sami reveals that both he and Kevin Owens will be in the 50-Man Royal Rumble Match at The Greatest Royal Rumble this Friday. Owens then introduces their guest on The Sami & Kevin Show, RAW General Manager Kurt Angle, who will also be in the 50-Man Royal Rumble Match. The GM makes his way to the ring with Owens handing Angle a lawn chair to sit in as Owens says that Stephanie McMahon has Kurt’s “manhood” in a jar somewhere at WWE Headquarters. Owens & Zayn then recount their issues with Shane McMahon over on SmackDown LIVE before saying that, considering what Owens did to Vince McMahon several months ago, Stephanie must really like them or she must really hate Kurt.

Kurt responds by saying that Stephanie probably does hate him because, if it wasn’t for him, Stephanie would probably have Ronda Rousey under her thumb and would probably still have the use of her left arm. Owens then asks what Kurt is going to do to “maximize the investment” that Stephanie made in them and Kurt says that he wants to “repay” Owens & Zayn. The GM then reminds Kevin Owens & Sami Zayn that he will be a part of the 50-Man Royal Rumble Match as well, but Owens & Zayn will be faced with plenty of other former rivals as well, pointing out that Daniel Bryan, Chris Jericho, Shane McMahon, and many others who Owens & Zayn have “endeared” over the years will be in that match as well. Kurt then announces that Kevin Owens & Sami Zayn will be in action tonight as they will face the monstrous team of Bobby Lashley and Braun Strowman!

After arriving on RAW in the Superstar Shake-Up and forging a new alliance, Dolph Ziggler & Drew McIntyre would face Titus O’Neil & Apollo Crews, with Dana Brooke in their corner. In the end, it was Dolph & Drew hitting the double team Zig Zag/Claymore Kick on Apollo Crews with McIntyre pinning Crews for the win. After the match, Dolph Ziggler says that “no one” has ever had his back and, now, he’s got someone who’s got his back, saying that Drew McIntyre is “dangerous”. McIntyre says that the locker room has gone “soft” before saying that he is the “reality check” that WWE “desperately needs”. Dolph then declares that they don’t care about stealing the show because they are “the show” before the new duo leaves the ring.

Following a confrontation in the backstage area, two of the newest arrivals to RAW were set to go one-on-one as Chad Gable would face Jinder Mahal, with Sunil Singh in his corner. Before the match can begin, a distraction by Sunil Singh would let Jinder Mahal attack Chad Gable from behind, beating Gable down on the outside before bringing Gable into the ring as the match officially gets started. In the end, Jinder Mahal would go for the Khallas on Chad Gable, but Gable would counter, pinning Jinder for the upset victory!

In a match made by Kurt Angle earlier in the night, Kevin Owens & Sami Zayn would have the unenviable task of facing the team of “The Dominator” Bobby Lashley and “The Monster Among Men” Braun Strowman. At the end of a tag team match full of freakish strength from both Bobby Lashley and Braun Strowman, it was “The Monster Among Men” squashing Sami Zayn with the running powerslam, pinning Zayn to pick up the win for the powerhouse team.

Before he was scheduled to face No Way Jose on RAW, Baron Corbin says that he is on RAW for “serious competition” and No Way Jose just isn’t on his “level”. Corbin then heads to the back before No Way Jose says that, just because Baron Corbin doesn’t want to have fun, it doesn’t mean they can’t have fun. With that, No Way Jose leads his conga line up the ramp. However, this is when Baron Corbin would ambush No Way Jose, beating the fun-loving Superstar down, hitting No Way Jose with a boot to the head before delivering a chokeslam backbreaker to No Way Jose. “The Lone Wolf” then leaves the scene, having ruined No Way Jose’s party.

Then it was time for the main event as the women of RAW would collide in a 10-Woman Tag Match as RAW Women’s Champion Nia Jax would team with Ember Moon, Natalya, Bayley, and Sasha Banks to face the team of Alexa Bliss, Mickie James, and The Riott Squad. During the match, Natalya would lock in the Sharpshooter on Mickie James but Sarah Logan would use a chop block to break it up and this would apparently injure the right leg of Natalya as Natalya would tag out of the match before medical personnel come out to check on Natalya on the outside. Shortly after this, all hell would break loose between the two teams before Nia Jax would dive off of the ring apron to the outside, taking out everyone on both teams with the exception of Mickie James and Natalya.

Mickie would take this opportunity to prey on the injured Natalya but this would bring out Natalya’s friend Ronda Rousey, who would try to help Natalya to her feet only for Mickie James to use a baseball slide to knock Rousey down. Ronda would not hesitate to make Mickie pay, however, as Rousey would enter the ring and take Mickie down before locking in the armbar as Mickie frantically taps out! Rousey then exits the ring to return to Natalya’s side as Ronda helps Natalya to her feet as Natalya hobbles to the back with the help of Rousey and a referee.