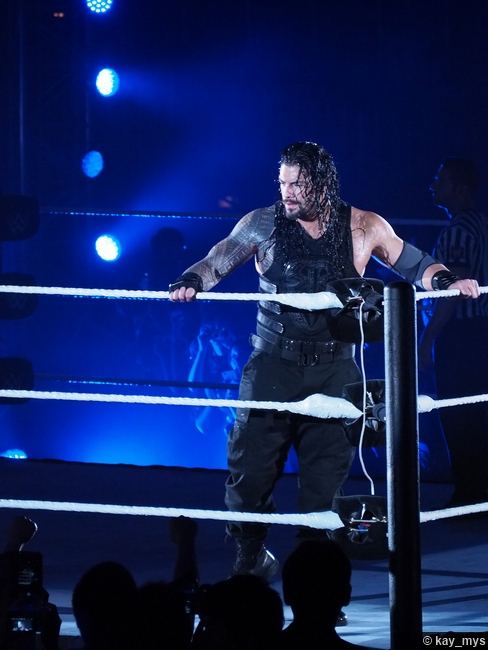 The 1293rd edition of WWE Monday Night RAW came to you, live, from the BMO Harris Bradley Center in Milwaukee, WI. Last week on RAW, RAW General Manager Kurt Angle would try to come clean about the comments he made at WWE Elimination Chamber regarding Triple H & Stephanie McMahon wanting to sign Ronda Rousey so they could get their revenge on her for embarrassing them at WrestleMania 31. Kurt would explain that he doesn’t even remember what he said but what he said was a lie. This, along with an apology from a fearful Stephanie McMahon for her slap to Rousey, would seemingly diffuse the situation. However, before leaving the ring, Triple H would deck Kurt Angle with a right hand before quickly leaving the ring. Now, one week later, how will Kurt respond to the cheap shot by Triple H? Will Ronda Rousey be on hand to address the situation?