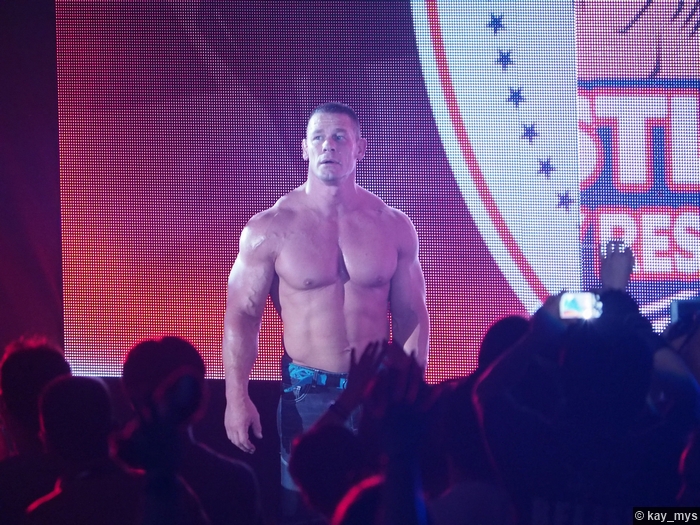 Thirteen nights before WrestleMania, the 1296th edition of WWE Monday Night RAW came to you, live, from the Quicken Loans Arena in Cleveland, OH. Last week on RAW, John Cena would once again challenge The Undertaker to a match at WrestleMania with the sixteen-time former World Champion desperate to face “The Deadman” in New Orleans. While Cena would not get The Undertaker, he would get The Undertaker’s brother Kane as “The Big Red Machine” would make his way to the ring and, without saying a word, would plant Cena with a chokeslam. Now, one week later, Cena will get his shot at payback as John Cena would go one-on-one with Kane on RAW. Can John Cena defeat “The Big Red Machine” and will Cena finally receive a response from The Undertaker or will “The Phenom” continue to deny John Cena a definitive answer to Cena’s WrestleMania challenge?