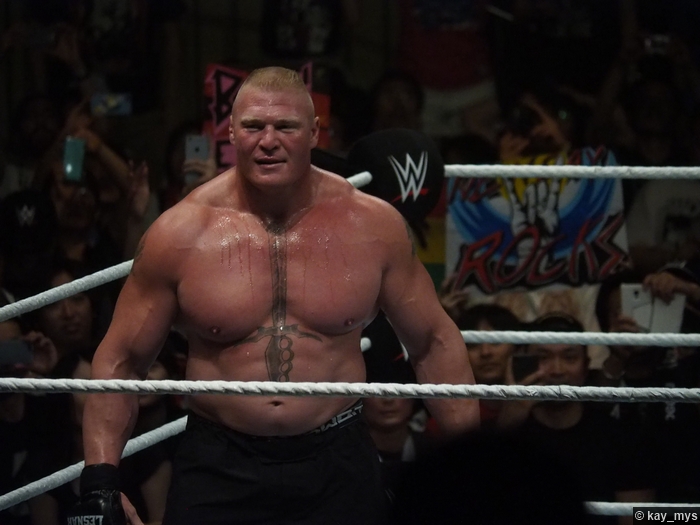 RAW and SmackDown LIVE present WWE WrestleMania 34, which will come to you, live on pay-per-view and the WWE Network, on April 8 at a special start time of 7/6c from the Mercedes-Benz Superdome in New Orleans, LA. With eleven matches already announced for the biggest show on the WWE calendar, here is the current card for WrestleMania 34:

The Andre The Giant Memorial Battle Royal will feature Superstars from RAW and SmackDown LIVE competing to win the Andre The Giant Memorial Trophy. As of this post, five Superstars have been confirmed for the battle royal as Dash Wilder and Scott Dawson from RAW and Baron Corbin (the 2016 winner), Tye Dillinger, and Mojo Rawley (last year’s winner) have all been announced for the match.

The WrestleMania Women’s Battle Royal will feature Superstars from RAW, SmackDown LIVE, and NXT. As of this post, seven Superstars have been confirmed for the battle royal as RAW’s Sasha Banks and SmackDown LIVE’s Becky Lynch, Naomi, Ruby Riott, Liv Morgan, Sarah Logan, and Natalya have all been announced for the match.

What do you think of the current WrestleMania 34 card? Post your comments in the box below.