As a character study of Andrew Cunanan, The Assassination of Gianni Versace has been a resounding success, but the other themes and stories attempted by the show feel incomplete as Alone brings season two to a close. I’ve been say for a few weeks now that American Crime Story has to address the failed manhunt for Andrew in the same detailed a nuanced way that it has approached the story of Andrew and his victims, except Versace. As much as I’ve loved the show, from A Random Killing onward it’s been exceeding my expectations each week, there has been that seed of doubt, a feeling of dread that the show had left itself with too much to do by having the manhunt be the main focus of the final episode.

It’s true that the mixture of luck, media mistakes, and law enforcement screw-ups have featured in more episodes than just the first and last, but they never felt as vital to the story as the investigation into Andrew’s motives, and the refreshing focus on the lives and connections between Andrew and his victims.  Alone feels like a microcosm of this season’s greatest strengths and its greatest weaknesses.

Everything to do with Andrew is solid gold as usual. Darren Criss’ name is already on that Best Actor Emmy, especially considering that most of his screen-time in Alone takes the form of a one man show. The major challenge of this episode is to try and fill in the blanks between Andrew murdering Versace and his eventual suicide. Maureen Orth’s book Vulgar Favours tries to recreate the timeline through possible eye-witness accounts leading to Andrew eventually hiding in the houseboat but it’s still nothing more than vague speculation, supplemented by the media storm caused by Versace’s murder. Tom Robbin Smith, while being given a definitive end-point with Andrew’s suicide, has to fill in the blanks from point A to point B. 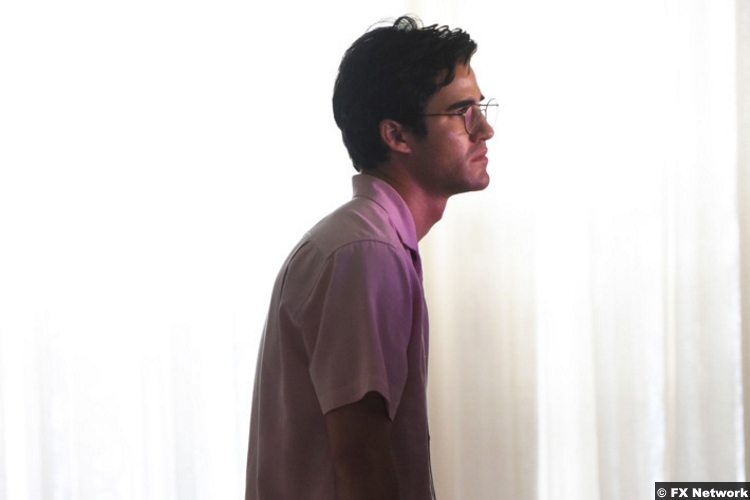 This is an extremely difficult task since only Andrew knows what happen during this span of time, and he took that information to his grave. This is where the realm of fiction comes in to pick up the slack. Obviously, some will have a problem with Smith’s direction here, especially since he uses narrative devices that to make the story a story. This lack of information means that this is no longer the Andrew Cunanan created through a mixture o0f fact and fiction, this is the fictional Andrew, and considering how well Andrew created his own narratives again and again, it’s really quite ironic that his story ends in this fashion.

So, here we have Andrew on the run. At first he is living off the thrill of getting away with murder yet again. His dream of being somebody is fully realised, with his infamy acting as a dark parallel to Versace’s fame. Versace was an instantly recognisable cultural icon, who was, like most high-profile celebrities, approached by fans (and fake Donatella’s) everywhere he went. Andrew is now just as recognisable, his past anonymity no lost because he has killed a celebrity. At first, with celebratory champagne in tow, he is intoxicated by this brand of fame. He is finally a someone, even if it means that he has no means of escape from Miami.

This feeling starts to sour almost immediately, as he binge-watches news coverage of his own manhunt as he is all but imprisoned in the houseboat. With his spree effectively over, the direness of his situation hits home. There is no way out, pummelled by footage of David and Jeff, with David’s father arguing his son’s innocence. It’s almost like Andrew is watching his growing psychosis on the small, and then larger screen. From appeals from his friends, and his father’s predictable betrayal, Andrew learns the hardest lesson of the fame he has been craving: that everyone wants a piece of him.  Despondent and alone, with the police now crashing through the door, Andrew goes for the only option that makes sense to him by committing suicide. 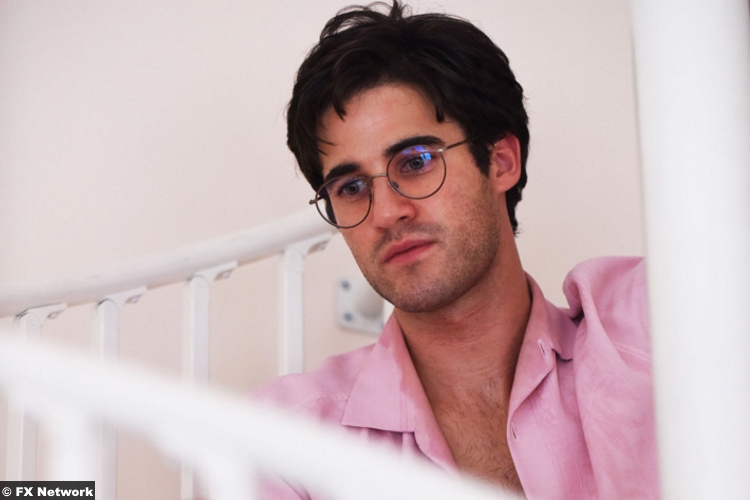 Andrew’s last days are clearly the best part of Alone, it’s everywhere else that it stumbles. One of the most interesting parts of Vulgar Favours was the sheer number of Andrew’s friends and loved ones that came forward to make a quick buck. Modesto is clearly the worst of the lot, and he really was in talks to sell the film rights to Andrew’s story, but this is an avenue of the whole sorry mess that was begging to be explored further. While Judith Light makes a welcome return as Mrs Miglin share with both Donatella and Andrew’s mother’s status as the women left behind, American Crime Story never fully realised the potential of these characters.

As someone who can vividly recall Ricky Martin’s height of fame in the 90s I’m shocked at how angry I am about his character being so wasted. Antonio, despite the potential story possibilities of being Gianni’s proud boyfriend, the series squanders it while trying to land some shock value with his fictionalised suicide attempt. For the last time, I have to criticise the lack of Gianni Versace in this show. Literally the titular character, Versace was very rarely a character in his own right. Most of the time, and in Alone especially, he has been used as a parallel for other characters, but Andrew especially. His last act in the show is to symbolise the gap between himself and Andrew in life and in death. Versace gets a beautiful mausoleum to rest, and Andrew a mere paupers grave.

6/10 – The Assassination of Gianni Versace may not be in the same league as OJ, but overall it was filled with tremendous performances, topical if not fully realised issues, and one of the fully realised portrayals of a serial killer from series MVP Darren Criss.