Andrew descends into madness and isolation in a lonely episode

The Assassination of Gianni Versace is starting to feel more like a criminal profile than a character study. Much like the many branches of law enforcement that would make up the hunt for Andrew, and Maureen Orth’s research and subsequent book on Andrew’s killing spree, the second season of American Crime Story is structured in a way that make us the detectives. By going backwards, witnessing Andrew’s evil deeds and getting certain contexts for them in later episodes has helped writer Tom Rob-Smith put together a fascinating portrait of a killer.

Descent provides this further context, setting up much of the behaviour and reasoning that would lead Andrew to kill five men and kill himself days later. It’s an episode that paints Andrew as a sad, desperately lonely narcissist who wants the love that he feels he deserves. It’s an episode that relies heavily on our pre-existing knowledge of how this story ends, sprinkling seeds that could explain, but not condone Andrew’s future actions. I’ve stated many times that I love the structure of this series, the way it puts Andrew front and centre (which is ghoulish of me, I know) chronicling his actions in a way that the first season couldn’t achieve due to the argument over OJ Simpson’s innocence. 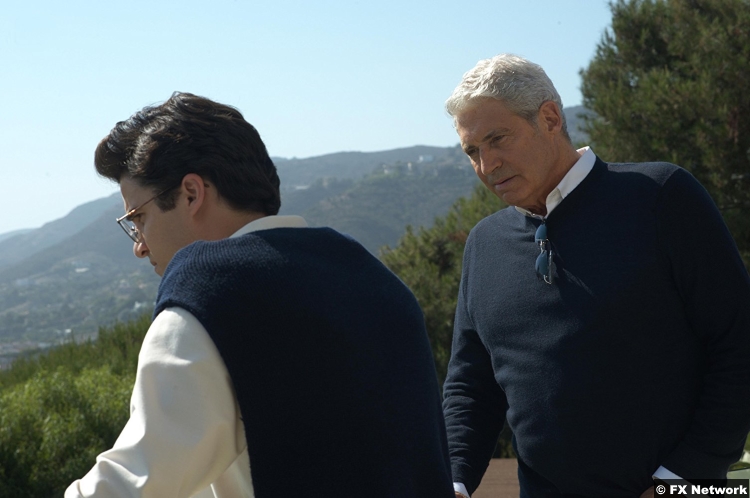 There is one part of this episode that has stuck with me, a moment that completely explains the character of Andrew Cunanan to me in a way that only fiction can. In one of his first conversations with David in their expensive Los Angeles weekend, David asks Andrew (for what probably isn’t the first time) what he does for a living, the subtext of this is how can Andrew afford this luxury. Being in the home of Hollywood, Andrew tells David that he is a money man for Hollywood studios. Of all the lies about his “career”, which include making sets for Titanic, this struck me as the most Andrew-like. Andrew has drawn a connection between himself and Hollywood, that magical place where the good guy always wins and gets true love as his reward, but not as a creator. Despite the fact that he creates multiple lives for himself out of thin air, he tells David that his role is financial, denoting his other obsession, money.

What’s interesting about this scene, and much of Andrew and David’s time together, in this episode and all of the others, is that it’s all an educated guess. Other reviewers of this show have commented that the job of this season of American Crime Story isn’t just to adapt the book on the crime that inspired it, but also to fill in the blanks that Orth’s book missed out. Ryan Murphy may be bold enough to call this season a dramatic documentary but then it goes into Truman Capote territory. Like Capote’s best-known work, The Assassination of Gianni Versace must rely on Tom Rob-Smith’s imagination to bring much of it to life. Even Orth’s book is full of situations in which different friends or acquaintances of Andrew can’t agree on how specific situations played out. 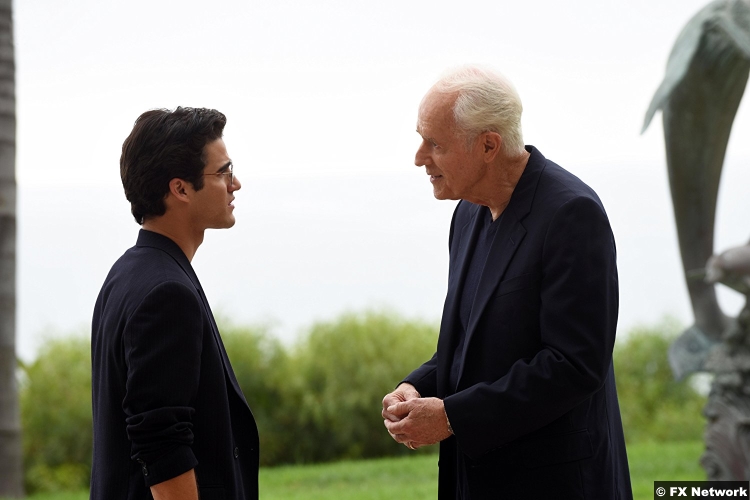 This is where the tricky part comes in. The Andrew we see in Descent, one who becomes increasingly isolated from the people he wants to love him, is the show’s best guess. It’s here that the artifice of this story being a fictional TV show could send it off the rails, but Smith, Darren Criss, and director Gwyneth Horder-Payton are far to confident for that. Descent is a perfect culmination of writing, directing, and performance. This is really Andrew’s one man show.

After the first five episodes put Andrew’s victims front and centre it is finally Andrew’s turn, and his “descent” isn’t subtle. Gwyneth Horder-Payton’s framing here is so crucial to the mood of the episode. Andrew is frequently framed by columns and doorways as well as the camera to signify his confidence and hold on people is shrinking. As Andrew goes deeper into psychosis, brought on by the consequences of his behaviour and a hefty amount of crystal meth, the camera moves, and the editing get more frantic alongside him, culminating in a fantasy sequence in which Versace is fitting Andrew for a suit. Even in his high state of mind he unconsciously knows what separates himself from men like Versace: Versace is literally calmly doing his job as Andrew berates him. Andrew feels that he deserves love, that his generosity has been taken for weakness and that his friends will steal David who he thinks is his soulmate. Andrew, despite what he believes is a very real love for David, can’t be fully honest with him. David tries to get Andrew to tell him the truth about himself, not in a harsh way, but trying to get him comfortable enough to open up. Andrew does tell David the truth: his dad was a stockbroker, his mother did bring him fancy lunches at school, and he was given the master bedroom because he was the favourite. Yet there is lies imbedded in this truth: his dad was let go from many financial agencies due to suspicions of e3mbezzilment, and his mother never ran a publishing company in New York, she actually an unemployed woman suffering from severe mental illness who is the only person that still believes all of Andrew’s lies. 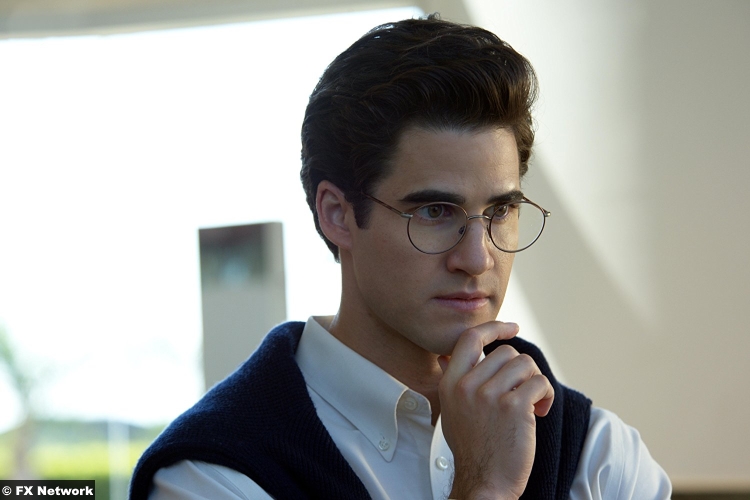 Descent shows Andrew at his lowest point, literally locked out of the life that he thought he deserved, threatening to out his friends because of some imagined slight, and retreating back to his mother’s arms to gather the courage to punish those that left him.

9/10 – Gwyneth Horder-Payton needs to direct every episode of this series as she creates the truly frightening world of Andrew’s fiction that will soon kill those he wants to love him.