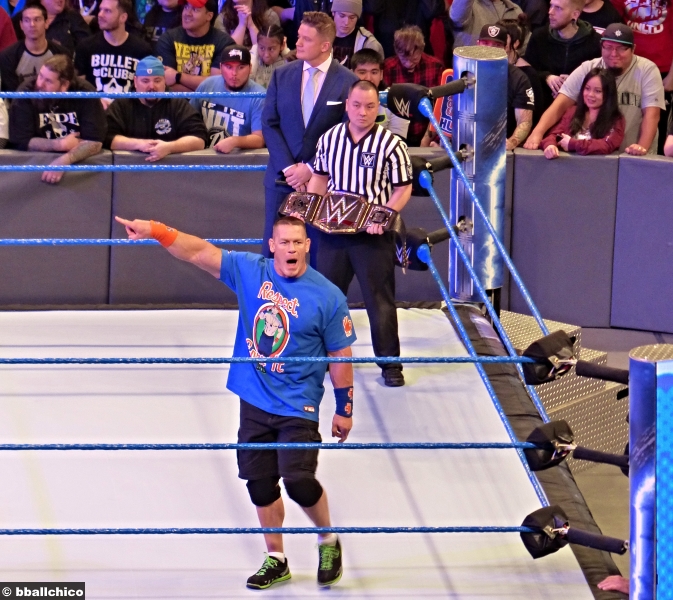 One night after an unforgettable Royal Rumble, the 1288th edition of WWE Monday Night RAW came to you, live, from the site of the Royal Rumble, the Wells Fargo Center in Philadelphia, PA. At the Royal Rumble, history was made as Asuka became the winner of the first ever Women’s Royal Rumble Match, outlasting Superstars and legends alike, including Carmella, Natalya, Sasha Banks, Bayley, Nia Jax, Lita, Jacqueline, Molly Holly, Torrie Wilson, Michelle McCool, Vickie Guerrero, Trish Stratus, and The Bella Twins on her way to earning a championship match of her choosing at WrestleMania. However, before “The Empress of Tomorrow” could pick which champion she wanted to face at WrestleMania, Philadelphia would rise to their feet for the debut of former UFC Bantamweight Champion “Rowdy” Ronda Rousey! Rousey would make her way to the ring and stare down both RAW Women’s Champion Alexa Bliss and SmackDown Women’s Champion Charlotte Flair before offering a handshake to Asuka, which Asuka refused. Ronda would then point to the WrestleMania sign before having an awkward encounter with RAW Commissioner Stephanie McMahon at ringside where Stephanie would cautiously accept Rousey’s handshake. The night then ended with Ronda pointing at the WrestleMania sign one more time. While it’s clear that the former UFC star wants a match at WrestleMania, who does Rousey want a match against and will she even get her match on “The Grandest Stage of Them All”?