Your SO OF COURSE preview of WWE CLASH OF CHAMPIONS 2017

Last time on SO OF COURSE…THE WWE PRO BOWL! It was Raw vs SmackDown at Survivor Series: Team Raw won a few, Team SmackDown won a few, surprisingly Triple H made it all about him and won the main-event. Just kidding…I mean that really happened but it wasn’t surprising. Now it’s time for the annual “we have to have a show in December because all the other months get one” December PPV. These shows usually go one of two ways: Either WWE thinks “no one watches the December PPV so let’s go all out!” (that’s how we get a Hall of Fame Hell in a Cell in 2000 and the first Undisputed Champion in 2001 and whichever one had Jeff Hardy win the title…2008 maybe?), or they think “no one watches the December PPV so let’s just take the night off” (that’s how we get December to Dismember and…basically every other December PPV).

SmackDown hosts it this month, with a show that’s not Starrcade because that was a house show. Instead it’s… 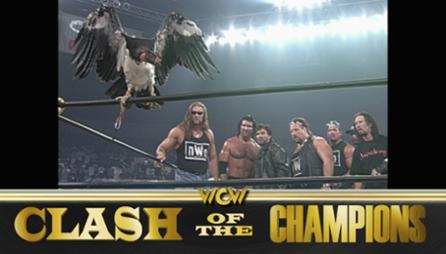 Wait no that’s not right either. 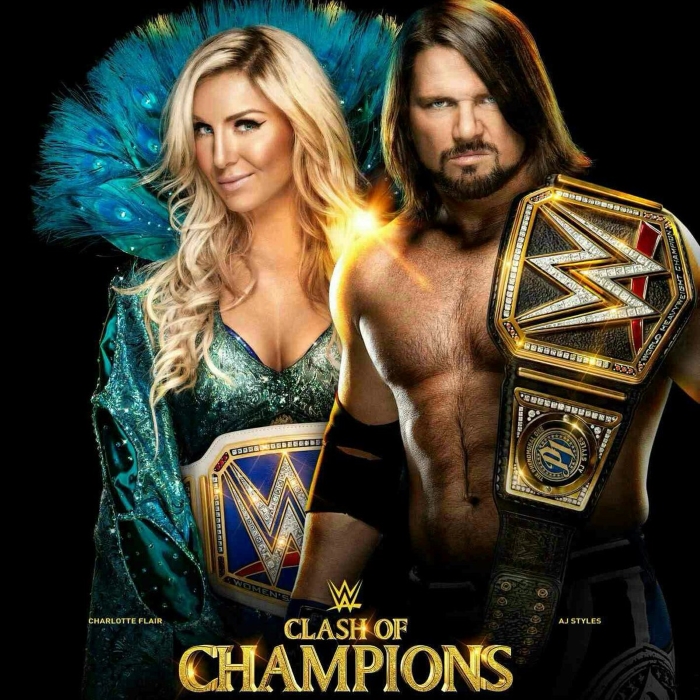 The “the” was removed due to budget cuts, along with pyro, James Ellsworth and the top of the War Games cage.

Anywho, consider this YOUR official SO OF COURSE preview of WWE CLASH OF NIGHT OF CHAMPIONS WHERE THE MOST IMPORTANT MATCH DOESN’T EVEN FEATURE A CHAMPIONSHIP, 2017 EDITION!

What it is: SmackDown’s midcard, basically. It’s also a recipe for a bad match. As a PPV contest, it’ll get fifteen minutes, but even though that’s half what the typical main-event match gets, it’ll still be ten minutes too much, I predict. The three styles in this fight just don’t mesh well. The only pairing of the three that works is Corbin and Ziggler because it’s monster vs seller. Roode and Corbin clash because Roode isn’t a sympathetic babyface; he’s a natural heel being forced to play a babyface. Ziggler and Roode continues not working because the alignments are off. Roode should be the cocky, powerful heel taking on the scrappy underdog babyface. This will be an awkward mess, I fear.

What it should be: The opportunity to do a hard reset on all three of these guys. Just call the match off, have them shake hands, and then team up as a heel stable: Corbin the muscle, Ziggler the high flier, a Roode the leader. None of these three have any momentum, and SmackDown’s midcard is really struggling right now, especially since KO and Sami have moved to a quasi-main-event program. Something new needs to be done. Bring Neville back and give him the US title.

BREEZANGO vs THE BLUDGEON BROTHERS

and tell me you don’t ironically love Harper and Rowen now.

What it should be: A multi-tiered segment. Give me a Breezango backstage skit to set it up, then the match (which, let’s be honest, will end in a squash), then another backstage segment later in the evening. I don’t care what show you spoof or what you do, just let’s devote three segments of the night to it. It’s the December PPV; no one’s watching anyway.

What it is: Boring.

What it should be: Carmella’s coronation. The women’s division needs a shake-up even worse than the midcard, because at least the women’s division has enough talent just sitting around in catering that you could rearrange the entire title picture every couple months and it would take a year to run out of match-ups. Instead, the division limps along with Natalya taking up way too much time. Carmella may not be the best on the roster but she’d bring a new energy to the title, would move Natalya away from the picture and move the larger, more intimidating Charlotte into title-chase mode, which is always better for storytelling anyway.

What it is: The talented vets, The Usos, vs the face of the division, New Day, vs the new hotness team, Rusev&English, vs the The World’s Greatest Tag Team tag team American Alpha 2.0. It’s a lot of bodies with a lot of talent that all mesh together in a match that’s like the bizarro version of the US Title match.

What it should be: Twenty minutes of non-stop action, blending together with distinct styles that wonderfully fit with each other like chocolate and peanut butter. Let it be a symphony of action on the ground and in the air, ending with a standing ovation and with buzz from all who watched it, demanding their friends to order the network to see the replay.

What it should be: The first step toward AJ Styles vs Shinsuke Nakamura at WrestleMania. I don’t expect any seeds to be planted on the night of the show, but I do hope to see some definitive conclusion to 2017’s most unwelcome surprise. Jinder Mahal went from jobber to champion over the course of two weeks. It was a shocking experiment, even considering the blatant attempts to lure the Indian market into WWE Network Subscriptions, and it failed miserably. Let it die.

What it is: A surprisingly compelling feud featuring not one, but two authority figures, a randomly thrown-in babyface, and an uber-talent that has been misused from the moment he debuted on the main-roster. Despite all that, this is the most entertaining part of SmackDown right now, mostly because of the two guys I didn’t mention: Sami Zayn’s heel turn has gone amazingly, which is shocking considering how ubiquitous he was as a babyface. Even Daniel Bryan is hinting at a heel turn; that should be impossible at this point in his career. The only explanation is that Kevin Owens is the King Midas of villains, turning everything he touches into solid gold wickedness.

What it should be: It should be a few things: It should be Randy Orton eating the pin, since Shinsuke needs the Rumble next month. It should be Shane McMahon’s temporary departure from WWE TV (he’s badly overexposed right now). It should be the KO and Sami show and it should be a full-on partnership with Daniel Bryan, with the trio running roughshod for the next several months, easing Daniel back into light ring-work along the way, leading to a six-man tag match at WrestleMania against the only three-man group who can shut them up: The Shield.