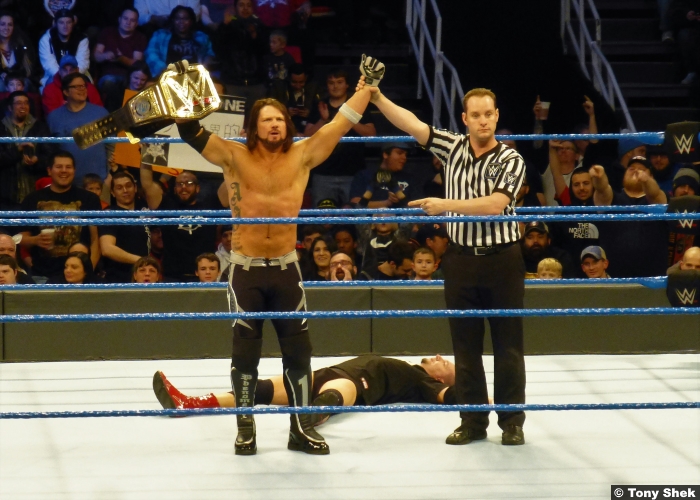 The 951st edition of WWE SmackDown LIVE came to from the Manchester Arena in Manchester, England. As the blue brand travels across the pond to the UK, the entire landscape of the scheduled Champion vs. Champion Match at Survivor Series could be changed less than two weeks before the event as, after having to go through The Singh Brothers, AJ Styles would finally get his shot at the WWE Championship as, per the orders of SmackDown LIVE Commissioner Shane McMahon, “The Phenomenal One” would challenge Jinder Mahal for the WWE Championship on SmackDown LIVE! Can AJ Styles dethrone “The Modern Day Maharaja” and claim his second WWE Championship as well as punching his ticket to Survivor Series to face Universal Champion Brock Lesnar or will Jinder Mahal continue his reign atop SmackDown LIVE? Also on SmackDown LIVE, the SmackDown Tag Team Titles would be up for grabs as Chad Gable & Shelton Benjamin would challenge The Usos for the tag titles. Can The Usos do what Dean Ambrose & Seth Rollins could not do on RAW and hang onto their tag titles or will Gable & Benjamin win the SmackDown Tag Team Titles and take The Usos’ spots at Survivor Series?