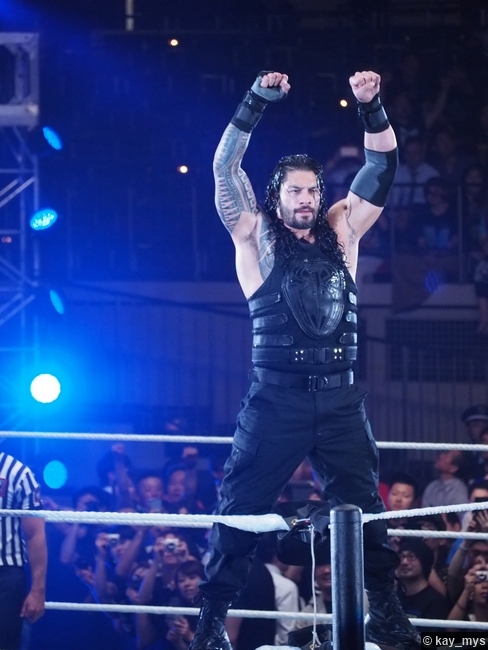 One night after a controversial and perplexing Survivor Series, the 1278th edition of WWE Monday Night RAW came to you, live, from the site of Survivor Series, the Toyota Center in Houston, TX. At Survivor Series, it was RAW that ended up winning the night against SmackDown LIVE with the RAW Men’s Team, Universal Champion Brock Lesnar, The Shield, and the RAW Women’s Team all emerging victorious over their SmackDown LIVE counterparts to give RAW the 4-3 win overall. However, the biggest win of the night for RAW didn’t come without controversy as, after interference from Kevin Owens & Sami Zayn led to Randy Orton getting eliminated, Shane McMahon was left all alone against RAW General Manager and the captain of the RAW Men’s Team Kurt Angle, Shane’s brother-in-law Triple H, and “The Monster Among Men” Braun Strowman in the Men’s Traditional 5-on-5 Survivor Series Elimination Tag Match. After tagging himself into the match, Kurt Angle would lock Shane in the ankle lock and this is when Triple H would seemingly betray his teammates by dropping Kurt with the Pedigree before pulling Shane over Kurt, leading to Angle’s elimination. As Braun Strowman stared at “The Game” perplexingly, Triple H would then deliver the Pedigree to Shane McMahon as well, pinning his brother-in-law to win the match for Team RAW. However, Braun Strowman would not respond kindly to being made a pawn in Triple H’s game and “The Monster Among Men” would make the WWE COO pay for it with two back-to-back running powerslams! Now that RAW has defeated SmackDown LIVE at Survivor Series, what’s next for the red brand? What will RAW Commissioner Stephanie McMahon have to say about Braun Strowman’s attack on her husband? What will RAW General Manager Kurt Angle have to say about Triple H turning his back on Team RAW just so he could have the spotlight on him?