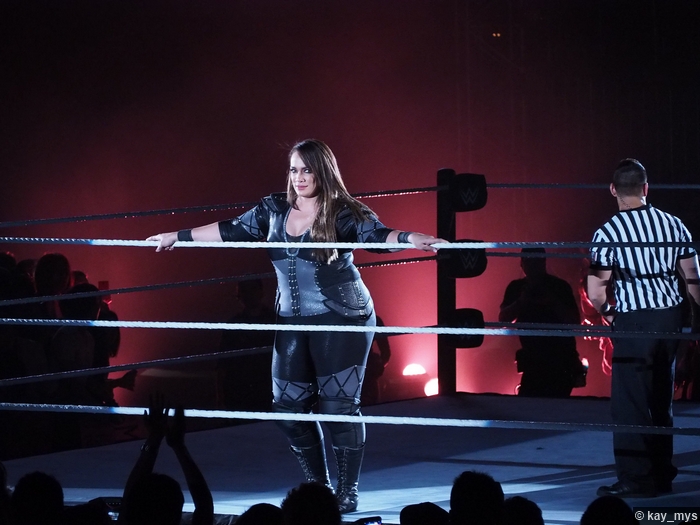 The 1266th edition of WWE Monday Night RAW came to you, live, from the FedExForum in Memphis, TN. Eight nights ago at SummerSlam, Sasha Banks challenged Alexa Bliss for the RAW Women’s Title, ultimately making the “Goddess” tap out to the Bank Statement to claim her fourth RAW Women’s Title at “The Biggest Event of the Summer”. Now, on this week’s RAW, Alexa Bliss would get her rematch for the gold when the self-proclaimed “Goddess” of WWE challenges “The Boss” Sasha Banks for the RAW Women’s Title. Can Alexa regain the RAW Women’s Title and give Sasha her shortest title reign to date or will “The Boss” continue her reign atop the RAW Women’s Division? Also on RAW, after Braun Strowman marched to the ring last week and manhandled Brock Lesnar, it was made official that “The Monster Among Men” will challenge Brock Lesnar for the Universal Championship in less than four weeks at No Mercy! Will “The Beast” be on RAW looking to retaliate or will the Universal Champion steer clear of Braun Strowman for the time being?