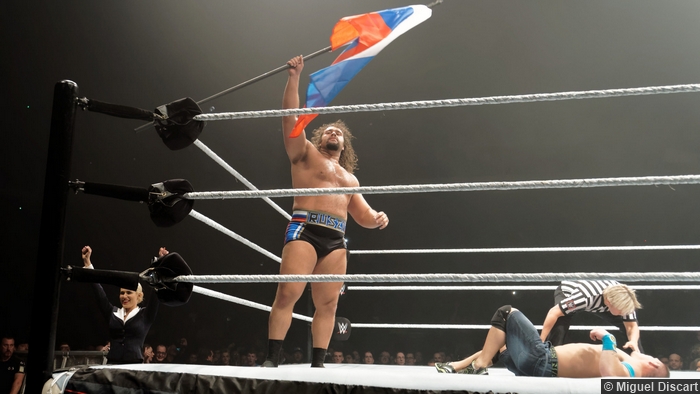 The fifth annual WWE Battleground will be a SmackDown LIVE exclusive pay-per-view and it will come to you, live on the WWE Network, two weeks from this Sunday on July 23 from the Wells Fargo Center in Philadelphia, PA. As announced on this week’s SmackDown LIVE, John Cena will return to action to compete in a Flag Match. Here is the updated card for Battleground:

In a Flag Match, each Superstar’s respective country’s flag (the American flag for John Cena and the Bulgarian flag for Rusev in this case) will be positioned above opposing turnbuckles. The first Superstar to successfully retrieve their country’s flag will be declared the winner. The match will have no pinfalls, no submissions, no disqualifications, and no count-outs. This will be the first Flag Match in nearly five years with the last one taking place on January 17, 2012 between Ted DiBiase and Hunico on SmackDown. The last time that a Flag Match was featured on pay-per-view was nearly 20 years ago when Bret Hart and The British Bulldog faced Vader and The Patriot in a tag team Flag Match at WWF Badd Blood: In Your House on October 5, 1997.