The Birth of The Authority 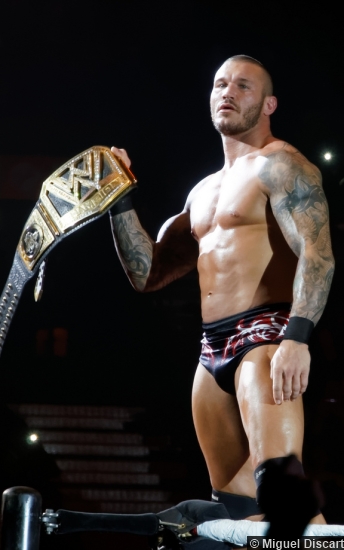 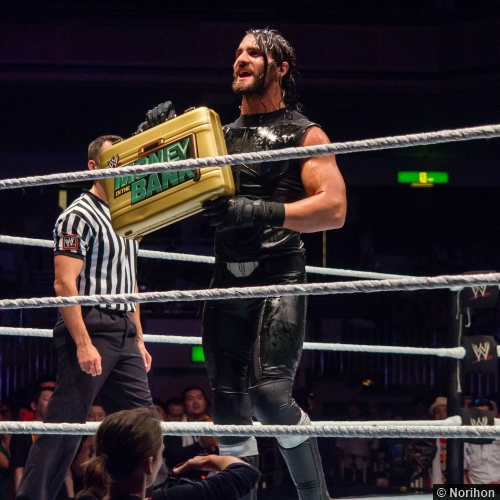 When Dean Ambrose, Seth Rollins, & Roman Reigns debuted together as The Shield at Survivor Series in 2012, it quickly became clear that the trio was destined for success in WWE and, after running roughshod over WWE for nearly two years, it appeared that The Shield was unstoppable. That was until the night after WWE Payback in 2014 when Seth Rollins would betray Dean Ambrose & Roman Reigns, attacking his fellow Shield members with a steel chair and aligning himself with The Authority. It wouldn’t take long for The Authority to put their plans into motion to usher in Seth Rollins as the new face of WWE and, at WWE Money-in-the-Bank, Rollins would defeat Jack Swagger, Dolph Ziggler, Rob Van Dam, Kofi Kingston, & his former Shield teammate Dean Ambrose in the Money-in-the-Bank Ladder Match to win the contract that would guarantee him a future shot at the WWE World Heavyweight Championship. Rollins would then begin a feud with Dean Ambrose that would last for several months, culminating in a Hell in a Cell Match at WWE Hell in a Cell, which was won by Rollins. “Mr. Money-in-the-Bank” would then begin a feud with John Cena that would result in a Tables Match between the two at WWE TLC: Tables, Ladders, & Chairs. In January of 2015, Seth Rollins and John Cena would both challenge Brock Lesnar for the WWE World Heavyweight Championship in a Triple Threat Match at the Royal Rumble with Brock Lesnar ultimately getting the win. Rollins would then begin a feud with Randy Orton that would culminate in a one-on-one match at WrestleMania 31, which was won by Orton. Later that same night, Seth Rollins would make history by rushing out in the middle of the WWE World Heavyweight Championship match between Brock Lesnar and Roman Reigns, cashing in his Money-in-the-Bank contract to turn the match into a Triple Threat Match (marking the first time that a Money-in-the-Bank winner has ever cashed in while a championship match was in progress). While Seth Rollins would struggle to keep both Brock and Roman down, Rollins would ultimately prey on his former Shield teammate, hitting Roman Reigns with the Curb Stomp and pinning Roman to win the WWE World Heavyweight Championship. 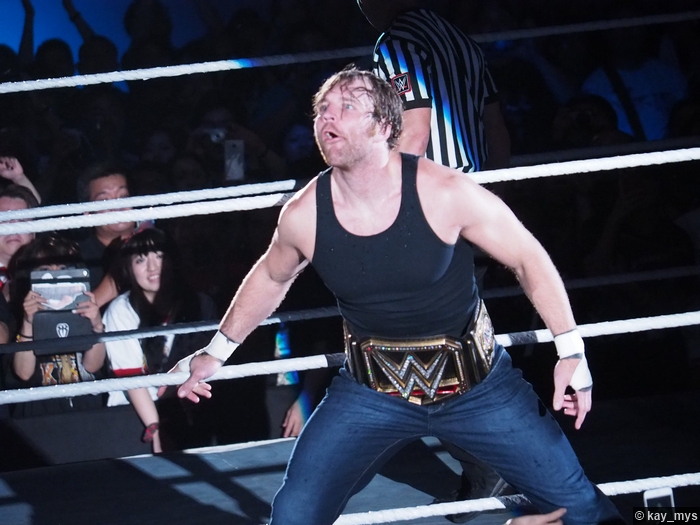 Coming off the heels of a new WWE World Heavyweight Champion and Ambrose’s successful defense of the title at Battleground in a Triple Threat Match against Roman Reigns and Seth Rollins, WWE would re-institute the WWE Brand Extension as the vast WWE roster would again be split in two. With Stephanie McMahon & Mick Foley heading up RAW as the Commissioner and General Manager of the red brand and Shane McMahon & Daniel Bryan heading up SmackDown LIVE as the Commissioner and General Manager of the blue brand, the WWE Draft would see RAW pick Seth Rollins as their #1 pick. This would give SmackDown LIVE the opportunity to strike gold as Shane & Daniel would draft Dean Ambrose as their #1 pick, bringing Ambrose and the WWE World Heavyweight Championship with him, making the title exclusive to SmackDown LIVE. With RAW unveiling the WWE Universal Championship, SmackDown LIVE would change the name of the WWE World Heavyweight Championship to just the WWE World Championship (though they would soon drop the “World” as well) and Dean Ambrose’s first challenger from the newly renovated SmackDown LIVE would be Dolph Ziggler, who won a Six Pack Challenge to earn the opportunity to challenge for the title at SummerSlam. Dolph would fail to dethrone “The Lunatic Fringe” at “The Biggest Event of the Summer” and, on that same night, a show-stealing match between AJ Styles and John Cena would see AJ emerge victorious over Cena and this huge victory would put “The Phenomenal One” in the #1 Contender’s spot with a shot at Dean Ambrose’s WWE World Championship at Backlash. After defeating Dolph Ziggler to ensure that the title match remained a one-on-one affair, Dean Ambrose would defend the WWE World Championship against AJ Styles at the SmackDown LIVE-exclusive pay-per-view Backlash. On that night, AJ Styles would utilize a low blow to the champion behind the back of the referee and follow it up with the Styles Clash to defeat Dean Ambrose for the WWE World Championship, bringing Ambrose’s reign to an end after just a few months.