The Rise of the Mexican Aristocrat 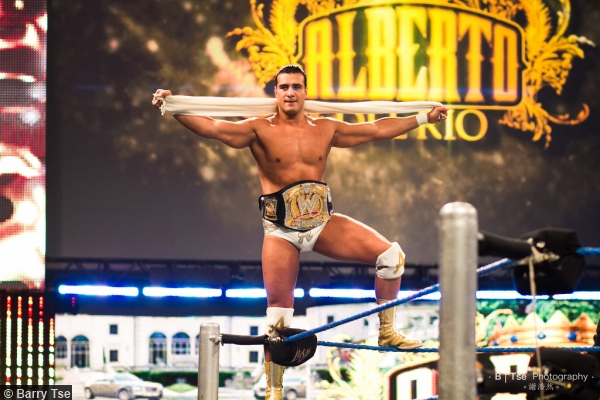 This brought WWE to a standstill as, in a surreal moment, there were two WWE Champions with both Punk and Cena staking a rightful claim to the company’s top prize. This would lead to a match between CM Punk and John Cena at SummerSlam to determine the sole, undisputed WWE Champion. Punk would ultimately become the undisputed champion before, at the orders of Triple H, Kevin Nash would rush the ring and lay Punk out with the Jackknife Powerbomb. This would provide the perfect opportunity for Alberto Del Rio, who rushed to the ring, cashed in his Money-in-the-Bank contract, and defeated CM Punk to become the new WWE Champion. The first Mexican-born WWE Champion in history, Alberto Del Rio would defend the title the next night on RAW, defeating Rey Mysterio to retain the title. After a little over a month as WWE Champion, Del Rio would lose the title to John Cena at Night of Champions before later regaining the WWE Championship in a Triple Threat Hell in a Cell Match between himself, John Cena, and CM Punk. Del Rio would go on to win the World Heavyweight Title on two different occasions, making him a four-time World Champion overall.

The Reaction of a Lifetime 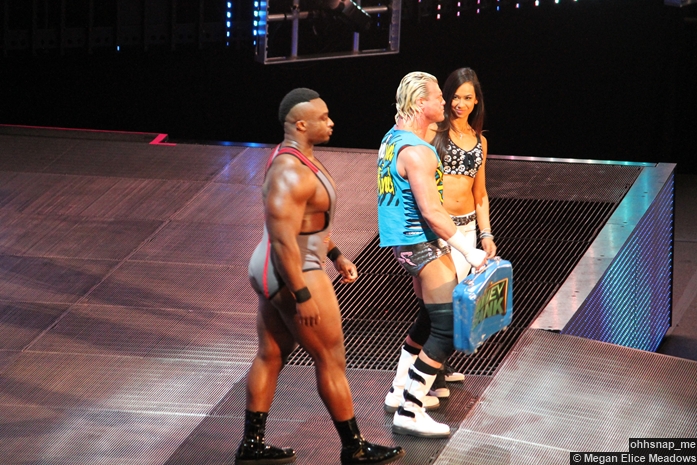 The next night on RAW, Dolph would again try to cash in his Money-in-the-Bank briefcase on Sheamus, but John Cena would prevent the cash-in. Later that same night, a Mixed Tag Match pitting Dolph and AJ against Cena and Vickie Guerrero would end in disqualification after Big E. Langston made his main roster debut, aligning himself with Dolph and AJ. Following an impressive showing in the 2013 Royal Rumble Match, Dolph would reignite his feud with Chris Jericho before Ziggler & Big E. Langston would feud with then WWE Tag Team Champions Team Hell No, leading to a match for the titles at WrestleMania 29, but Dolph & Big E failed to win the tag titles. The night after WrestleMania 29 would finally be Ziggler’s time to shine as, in front of a notoriously rowdy post-WrestleMania crowd on RAW, Dolph would get the biggest pop of his career (despite being a heel at the time) when he marched to the ring with his Money-in-the-Bank briefcase, cashing the contract in on a vulnerable Alberto Del Rio, defeating Del Rio to become the new World Heavyweight Champion. Unfortunately, what appeared to finally be Dolph Ziggler’s time to shine as World Heavyweight Champion would be cut short after Dolph suffered a legitimate concussion. This would put Ziggler on the shelf for a month and, upon his return at WWE Payback, WWE would incorporate Ziggler’s concussion into a storyline, using the injury to orchestrate a double turn in Dolph’s title defense against Alberto Del Rio. During the match, Dolph would refuse to give up despite several shots to the head from Del Rio. This would establish Dolph as a face and Del Rio as a heel as one kick to the head to many would lay Ziggler out with Del Rio pinning Dolph to regain the World Heavyweight Championship, ending Ziggler’s World Heavyweight Title reign at 69 days.

“The Champ” Goes for Broke 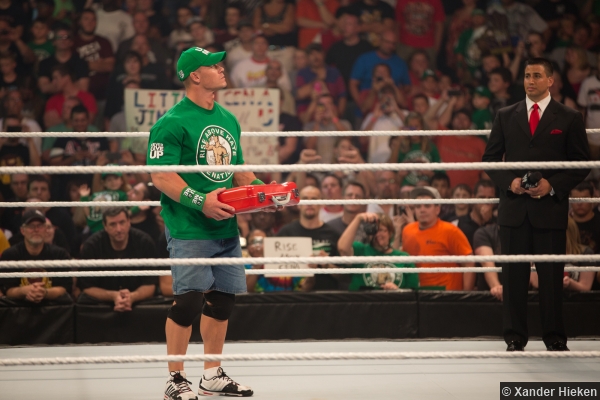 Heading into the 2012 WWE Money-in-the-Bank event, John Cena was already a twelve-time former World Champion and would aim to be a thirteen-time former World Champion by becoming the RAW winner of the Money-in-the-Bank contract. Cena would do just that by defeating The Miz, Kane, Big Show, & Chris Jericho to earn a guaranteed shot at the WWE Championship whenever he saw fit. Taking a page out of Rob Van Dam’s book, John Cena would announce ahead of time when he was going to cash in for his shot at the WWE Title, opting to cash in on the 1,000th episode of RAW against then WWE Champion CM Punk. However, on that night, John Cena would make the wrong kind of history as Cena’s match with CM Punk for the WWE Championship ended in a disqualification victory for John Cena due to interference from Big Show, meaning that CM Punk retained the title. This would put Cena in the record books as being the first Money-in-the-Bank winner in history to cash in the contract and not win a World Title. 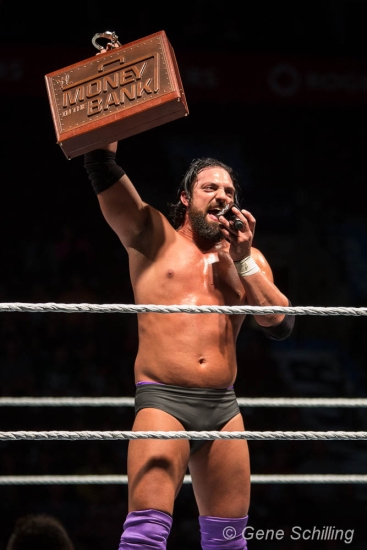 “A wasted opportunity” is an apt description for the majority of Damien Sandow’s WWE career, but in 2013, it looked as though things might be turning around for “The Intellectual Savior of the Masses” after Sandow defeated Dean Ambrose, Wade Barrett, Fandango, Jack Swagger, Antonio Cesaro, and his own tag team partner Cody Rhodes (who he betrayed in the closing moments of the match) to win the World Heavyweight Title Money-in-the-Bank briefcase. However, after winning the briefcase, Sandow would be booked on an intense losing streak, losing multiple times in his feud with Cody Rhodes. “Mr. Money-in-the-Bank” would then go on to lose to R-Truth, Santino Marella, and Dolph Ziggler, among others, in subsequent months before confronting World Heavyweight Champion John Cena the night after WWE Hell in a Cell, attacking the injured arm of John Cena with the briefcase before cashing it in. While Damien Sandow had, arguably, the match of his career on that night, Sandow would ultimately fail to win the World Heavyweight Championship, losing the match by pinfall and becoming the first (and, to date, only) Money-in-the-Bank winner to cash in and lose his title match by pinfall. This World Heavyweight Title match would be Damien Sandow’s only true shot at becoming a World Champion during his time in WWE.