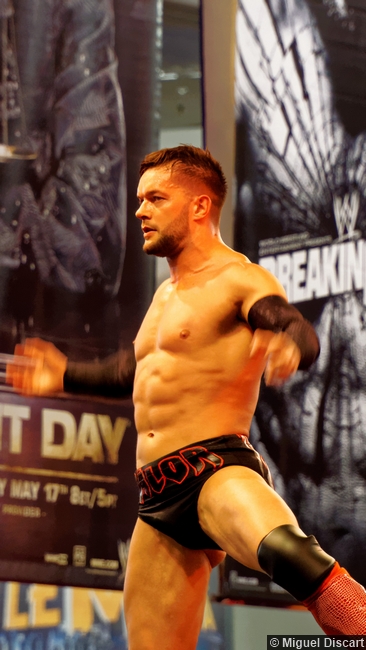 Hail to the King.

One night after a tremendous and unforgettable WrestleMania, the 1245th edition of WWE Monday Night RAW came to you, live, from the Amway Center in the home of WrestleMania 33, Orlando, FL. While “The Ultimate Thrill Ride” had its share of unforgettable WrestleMania moments, perhaps no moment was more heart-wrenching than the conclusion of WrestleMania where, after hitting multiple Superman Punches and Spears, including one through the Spanish announce table, Roman Reigns was finally able to keep The Undertaker down for a three-count, becoming only the second Superstar in history to defeat “The Deadman” at WrestleMania. However, Roman appeared conflicted after the biggest win of his career and Reigns likely joined the rest of the world in giving The Undertaker a standing ovation after the match. After suffering only his second loss at WrestleMania, The Undertaker would remove his signature gloves, coat, and hat, symbolically leaving the iconic items in the ring before exiting the ring and raising his fist one more time, descending down into the ramp as fans chanted “Undertaker” in a show of respect for “The Phenom”. It appears as though WrestleMania 33 was The Undertaker’s last ride. How will Roman Reigns respond to being the one to possibly send The Undertaker into retirement?

A new Universal Champion was also crowned at WrestleMania as Brock Lesnar was finally able to exorcise his demons by defeating Goldberg on “The Grandest Stage of Them All” to win the Universal Title in a match that saw Brock take everything that Goldberg had to dish out, including multiple Spears and the Jackhammer, as Lesnar took Goldberg to Suplex City with ten German suplexes before finishing the match with the F-5. Now that “The Beast” rules RAW as the Universal Champion, what will become of Goldberg and what challenges await the new champion? Speaking of new champions, perhaps no moment at WrestleMania was more shocking than what took place prior to the Triple Threat Ladder Match for the RAW Tag Team Titles. Just as the match was about to begin, WrestleMania Hosts The New Day would come out to the stage to announce that the match will now be a Fatal 4-Way Ladder Match for the titles and, while The New Day would imply that they would be entering the match, the Camping World Stadium came unglued when it was revealed that none other than The Hardy Boyz were returning to take part in the match! Not only did Matt Hardy & Jeff Hardy return to WrestleMania after a seven-year hiatus from “The Show of Shows”, but the legendary team actually defeated Gallows & Anderson, Enzo & Big Cass, and Cesaro & Sheamus to leave WrestleMania as the new RAW Tag Team Champions! On what has become one of the wildest, most unpredictable nights of the year, what surprises await the rowdy Orlando crowd on RAW just one night after one of the greatest WrestleMania extravaganzas in recent memory?