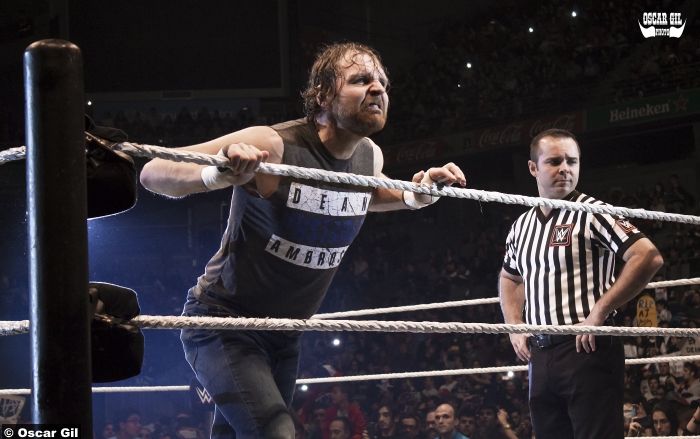 The eighth annual WWE TLC: Tables, Ladders, & Chairs will be a SmackDown LIVE exclusive pay-per-view and it will come to you, live on the WWE Network, at 8/7c from the American Airlines Center in Dallas, TX. Every championship on SmackDown LIVE will be defended at the event in addition to a Chairs Match and a No Disqualification Match. Here is the final card for WWE TLC:

The WWE TLC: Tables, Ladders, & Chairs Kickoff will air exclusively on the WWE Network starting at 7/6c and will feature analysis from the Kickoff Panel hosted by Renee Young. This time around, the Kickoff Panel will feature WWE Hall of Famer Booker T and special guest Peter Rosenburg, who is a radio DJ and a big fan of WWE.

In the Tables, Ladders, & Chairs (TLC) Match, tables, ladders, and chairs will all be provided for both competitors to use legally. The only way the match can end is by a Superstar climbing a ladder and retrieving the WWE World Title belt hanging high above the ring. The first Superstar to do this will win the match and walk out as WWE World Champion.

In the Tables Match, tables will be provided for both competitors to use legally and the first Superstar to put their opponent through a table will win the match and leave as the SmackDown Women’s Champion.

In the Chairs Match, steel chairs will be provided for both competitors to use legally in any manner they see fit. Unlike the TLC, Tables, and Ladder Match, the Chairs Match ends by either pinfall or submission in the ring.

In a No Disqualification Match, both Superstars can use any weapon or any methods they want and the match can only end by pinfall or submission in the ring.

The SmackDown Tag Team Championship match between Heath Slater & Rhyno (c) and Bray Wyatt & Randy Orton is the only normal match on the card as standard title match rules apply; the match can end by pinfall, submission, disqualification, or count-out with a disqualification or count-out meaning that the titles stay with the defending champions.

What do you think of the final card for WWE TLC? Post your comments in the box below.