Review: The Eyes of My Mother

Francisca lives on a farm in an old house that she once shared with her parents. Every day, she visits a man whom she once told was her only friend. This would be sad, but not that unusual, until I tell you that the man is chained in her barn. The man killed her mother, you see, and when her father walked in on the aftermath, he simply knocked out the man and dragged him out to the hay. When her father dies as well, it never occurs to Francisca to let the man in the barn go, for the same reason that it never occurred to her to kill him. Why would she do that, after all, when he’s her only friend? 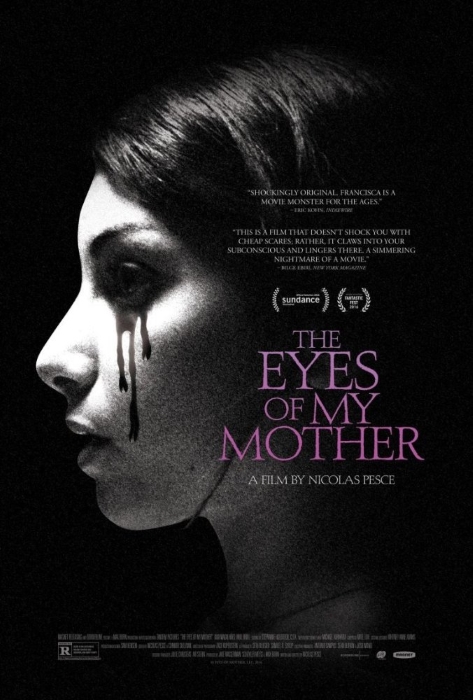 The Eyes of My Mother is the debut film from Nicolas Pesce, who also wrote it. When we first get a good look at Francisca (Olivia Bond, then Kika Magalhaes), she’s a young girl living somewhere in rural America with both parents. Her mother (Diana Agostini) used to be a surgeon in Portugal, but now she’s a farmer’s wife who teaches her daughter anatomy lessons by way of tools like a decapitated cow’s head. Her father (Paul Nazak) doesn’t say much. Even when his young daughter tells him she loves him, he remains silent. These are the only influences in her life, the only voices in her head, until Charlie (Will Brill) the traveling serial killer shows up. The strange little girl wonders why he does what he does and he tells her it’s because killing feels amazing. She will get a chance to test that theory for herself.

Pesce and cinematographer Zach Kuperstein have made a beautiful-looking movie, an arthouse horror. It works as arthouse. But does it work as horror? Well, it’s a startling, unnerving portrait of a young girl turned young woman whose crippling loneliness mixes with unhealthy influences to produce something horrific. 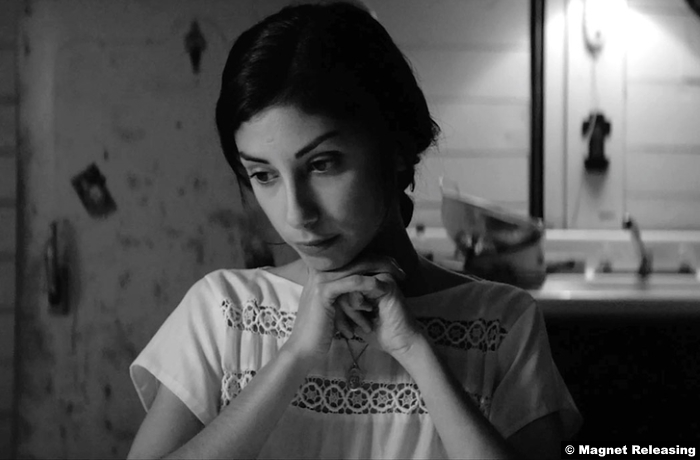 On that level it works. But for your traditional horror fan, they’re likely going to hate it. It’s deliberate, which will play as slow. There are long spaces of silence and little dialogue overall. The horror action happens mostly out of our view. And while Francisca does some particularly brutal things, the kind that have been described by other reviews as shocking, your average horror fan has most assuredly seen much worse and maybe in 3D.

So this is all to say that if you didn’t care for a movie like The Witch, you probably won’t like this one much, either. As for me, I fall somewhere in the middle. I liked The Witch. But I also regularly google things like “most disturbing horror movies,” and so even in her most ruthless moments, I thought, I’ve seen worse. So for me, the movie is also in the middle. Magalhaes is a compelling presence and like I said, it’s a gorgeous movie. 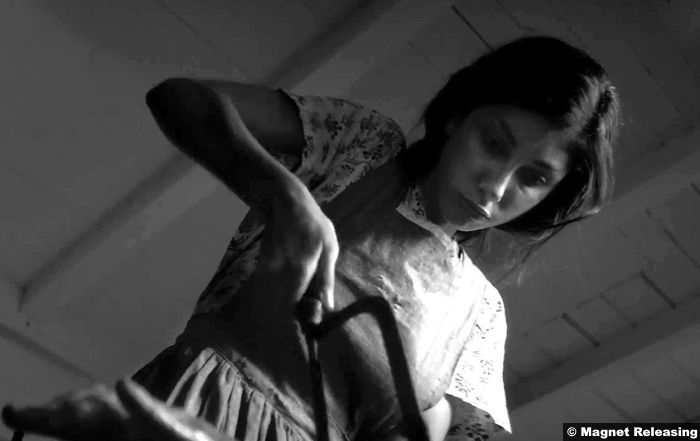 Rendered in black and white, the movie is permeated by a  delightfully uncomfortable sense of dread, as you’re never quite sure what Francisca is capable of or what she’ll do next. You feel for her, as it’s not hard to sympathize with her crushing loneliness, even as you worry about anyone who comes near her. Most of us, hopefully, will never be that literally isolated or at least, never feel that alone. It’s oppressive enough just to be that close to her and her pain. That the movie can make you feel that much suffering with so little said is impressive.

But on the other hand, after all is (not) said and done, the movie felt slight. It clocks in at a brisk 76 minutes. That’s enough to tell the story, but it still feels like we’re just getting into the tenderized meat of it when it ends abruptly. Maybe that’s not such a bad thing, though, as we can see from our brief time with Francisca that too much loneliness isn’t good for anyone. Maybe the time we spend with her is just enough, because people who do spend extended moments with her usually don’t fare well.

7/10 – This movie wants to get under your skin and it succeeds at that, if only for the time you spend with it. Still, it’s stunning and Pesce’s ability to immerse the viewer fully in this terrible atmosphere marks the arrival of an exciting filmmaker.