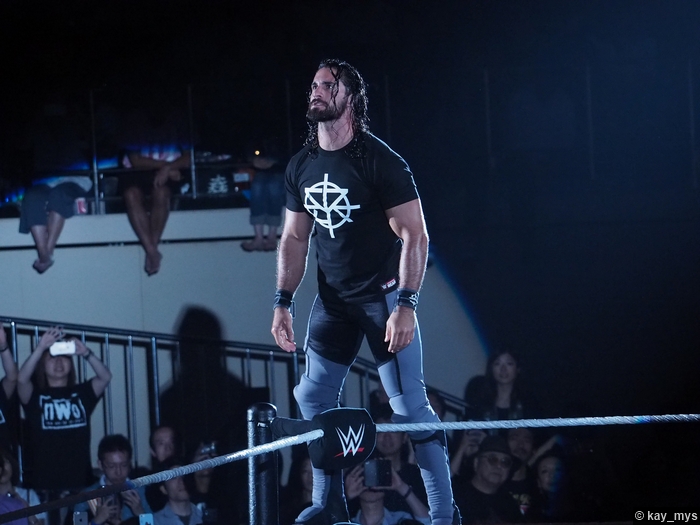 Six nights before Clash of Champions, the 1217th edition of WWE Monday Night RAW came to you, live, from the FedExForum in Memphis, TN. Last week on RAW, the main event of the evening was a non-title match between WWE Universal Champion Kevin Owens and Roman Reigns where, if Roman won the match, he would be added to the WWE Universal Title match at Clash of Champions, making it a Triple Threat Match. Not only that but, earlier in the night, RAW General Manager Mick Foley told #1 Contender Seth Rollins to not interfere in the main event. However, after an intense backstage confrontation between Kevin Owens and Seth Rollins, Rollins could not contain himself and would interfere in the main event, attacking Kevin Owens, which would end the match in a disqualification. Now, after blatantly disobeying Mick Foley, Seth Rollins would be punished for his actions as, less than a week before he challenges Kevin Owens for the WWE Universal Title at Clash of Champions, Rollins will go one-on-one with United States Champion Rusev in a non-title match! Also on RAW, after the thrilling conclusion of the Cruiserweight Classic last Wednesday, the Cruiserweight Division would make its debut on RAW as Brian Kendrick, Noam Dar, Rich Swann, Gran Metalik, Lince Dorado, Cedric Alexander, and new Cruiserweight Champion and CWC winner T.J. Perkins would finally arrive on RAW!