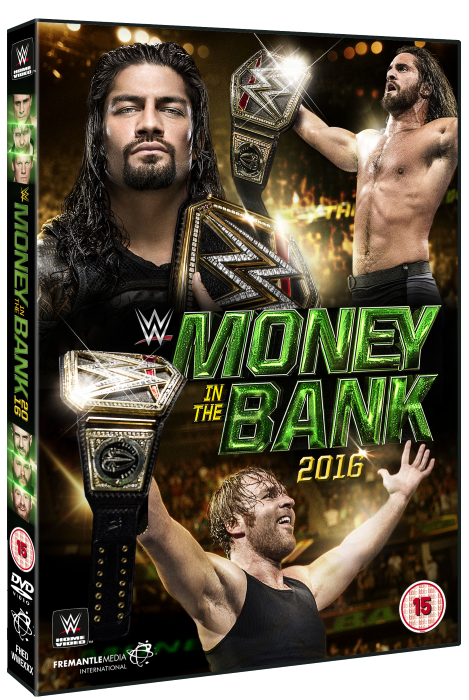 Going into MitB 2016, there were a number of potential highlights. The match for the tag titles promised to be eventful (WWE multi-man clusters are rarely dull), Cena v Styles was highly touted to push for Match of the Year honours, the ladder match itself is always fun to watch (credit: JBL) and the added intrigue of a possible Shield triple-threat on the other side if Ambrose pulled through bled into the main-event between Roman and Seth Rollins.

Outside of that, you had Ziggler v Corbin (continuing the trend of having Dolph wreslte the same guy over and over on a three-month rotation), the women’s tag and Apollo playing the underdog to bully-boy Sheamus and while none of the bouts fell below good, they weren’t going to be in the running for awards come December.

Having Enzo & Cass (or E&C Mk.II as I call them) be the first act on the main show to make an appearance was a masterstroke as they are as over as an act can be with the live crowds and the roar was huge for the Certified G and his tall partner. The match itself was decent enough, but there were some timing issues throughout and Luke Gallows ended up reverting to Festus for a brief moment (resulting in a wonderful “controllor disconnected” segment on BotchaMania) at the end… although this has been edited out of the home release, so you can ignore that criticism.

Ziggler v Corbin was Ziggler v Corbin. We’ve seen it plenty of times and the results become meaningless after a while. In a similar vein, the women’s tag wasn’t anything revolutionary either, with a slightly sloppy finish, no real drama and a post-match heel turn that hasn’t really come to much to date, while Apollo v Sheamus was a fine, but again the result didn’t do anything for either guy due to the nature of how it came to pass.

Before getting to the great matches, sandwiched between two of them was Rusev v Titus for the US belt. Essentially rehashing the Bulgarian’s first run with the belt, this was more memorable for Rusev’s amazing post-match diabtribe against Titus’ kids than the match itself.

The first of the big matches was a great match, but you are left with the feeling that you know these two could do better down the line. Cena seemed a bit rusty and it showed in a few sequences, but it was still a wonderful contest that was followed by another spirited effort in the Money in the Bank Ladder Match.

Unfortunately, there was always going to be one winner of this (and so it proved to be), but from bell-to-bell the action was hard and heavy while avoiding the excessive stunts of MitBs past. That’s not to say there weren’t scary moments (Owens hitting a frog-splash on Dean, who was on a ladder, and Zayn hitting a Michinoku Driver on Owens onto a ladder that was on its side are two examples) and everyone will have been feeling rough the next morning.

That leaves the main-event between The Shed (i.e. two-thirds of The Shield) as Roman Reigns defends his WWE World Championship against Seth Rollins, the man who never lost the belt.

It’s a fantastic match (again making a mockery of the “YOU CAN’T WRESTLE” chants aimed at RR) with some wonderful exchanges (countering a spear into a Pedigree IN MID AIR) and some amazingly close near-falls. With the mooted Shield three-way looming, you also went in without there being an obvious victor for the first time in a long time.

Both men left it all in the ring and the close of the show was one of those “talked about for a long time” moments, which gave us all three members of The Shield as WWE Champion within the space of 5mins, leading us into the New Era and (what would become) the Brand Split.

A show with three fantastic matches and a number of decent ones is always going to be a show worth recommending. Howver, as mentioned in other reviews, regular Network subscribers have no reason to buy this DVD (this is where the extras could – and should – come into play).

Points: 8/10 (for non-Network subscribers only)