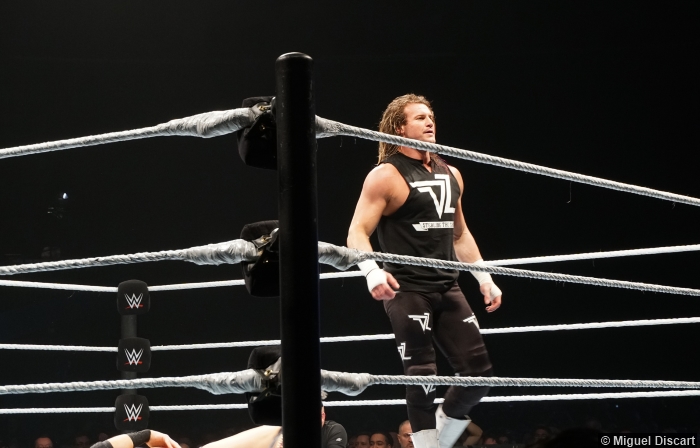 Two nights after Battleground, the 884th edition of WWE SmackDown Live came to you, live, from the First Niagara Center in Buffalo, NY. After a revolutionary night on the first RAW of a new era that saw Finn Balor defeat Roman Reigns in the main event to earn a match against Seth Rollins at SummerSlam for the newly created WWE Universal Championship, as well as a show-stealing Women’s Championship match that saw “The Boss” Sasha Banks dethrone Charlotte to achieve her lifelong dream of becoming the Women’s Champion, SmackDown Live would have their work cut out for them to outdo RAW this week as SmackDown Commissioner Shane McMahon and SmackDown General Manager Daniel Bryan must have something up their sleeves to be better than RAW. With a talented SmackDown Live roster consisting of such Superstars as WWE Champion Dean Ambrose, John Cena, AJ Styles, Randy Orton, Bray Wyatt, Becky Lynch, Intercontinental Champion The Miz, Dolph Ziggler, Baron Corbin, Alberto Del Rio, The Usos, Breezango, and NXT draftees Alexa Bliss, Carmella, and American Alpha, SmackDown Live certainly has enough stars to pull off this feat, but can Shane McMahon and Daniel Bryan pull it off?