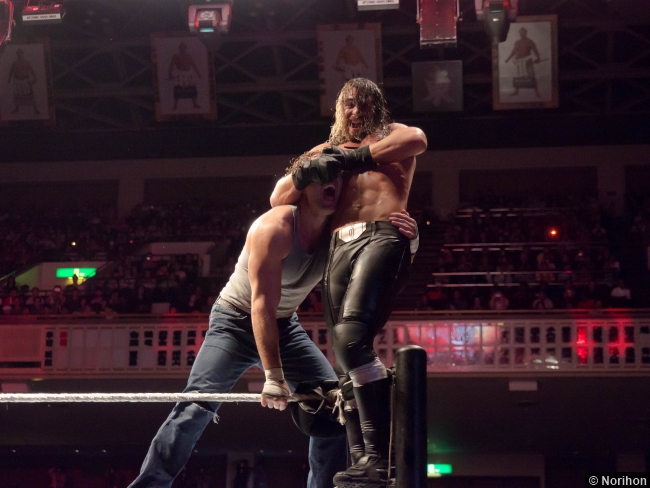 The Battle Lines Are Drawn.

Six nights before Battleground, the 1208th edition of WWE Monday Night RAW came to you, live, from the Dunkin’ Donuts Center in Providence, RI. With the WWE Draft set to completely alter the complexion of WWE on the premiere of SmackDown Live tomorrow night, the final RAW before the Draft would be one for the record books as, in a very rare occurrence, the WWE Championship would be defended live on RAW as, before they, along with Roman Reigns, square off in a Triple Threat Match for the WWE Championship this Sunday at Battleground, Dean Ambrose would put the WWE Championship on the line against the man he cashed his Money-in-the-Bank contract in on at WWE Money-in-the-Bank to ultimately win the title, Seth Rollins! Who will walk out of Providence and into Battleground as the WWE Champion? Where will the champion end up after tomorrow night’s Draft splits the roster in two? Speaking of the WWE Draft, WWE Chairman Mr. McMahon made the announcement last week that Shane McMahon will be running SmackDown Live as the SmackDown Commissioner while Stephanie McMahon will be in charge of RAW as the RAW Commissioner starting with the WWE Draft. However, the Chairman would also inform his two children that each of them will have to select a General Manager for their respective brand with Vince telling Shane and Stephanie that, if they fail to pick a General Manager on this week’s RAW, then he will choose one for them! Who will Shane entrust to help him run SmackDown Live and who will Stephanie entrust to help her run RAW?