I have vivid memories of being a kid in school and hating the rain. It always made the day gloomy and seem to drag endlessly longer than a typical—sunny—day would have. And the tile floors would always become slippery, with speckles of dirt on the floor (tracked in from students who refused to wipe their feet after coming in) that seemed to cling to my trapper-keeper like a magnet. It wasn’t all bad, however. If there was one silver lining to a rainy school day it was the fact that recess was spent indoors.

Sure if you were the athletic type this might have been a drag, but I was in the band. Let’s just leave it at that.

Denied the “privilege” of wandering up and down the school’s grounds during recess, students instead spent their break in the classroom. Thankfully our teachers didn’t force us to continue working. Instead they wheeled out this bad boy: 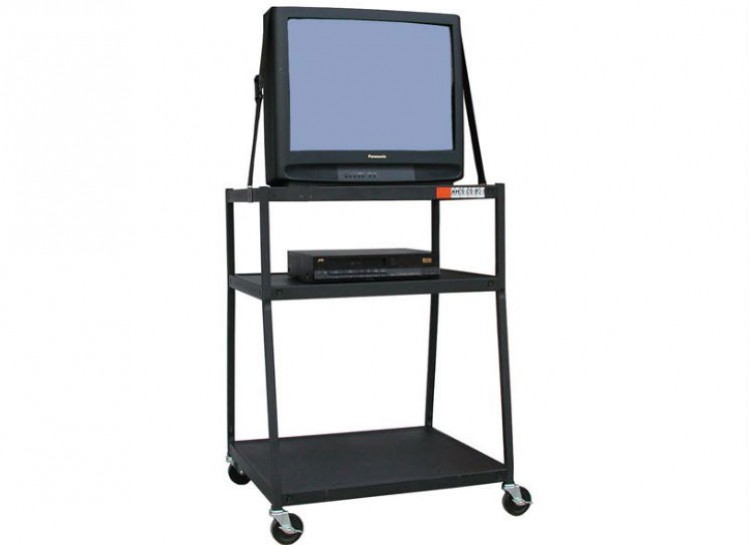 This was the Holy Grail of school equipment.

Growing up my school had two fifteen minute recess periods (one on each end of the day), with a thirty minute recess in between. That’s one hour of movie time spread across the day. I watched the first halves of many kids-movies that way. Many of them were direct-to-crap movies that Disney was churning out, straight-to-VHS in the 90’s (Aladdin 2, Lion King 2, etc). Every now and then, though, we’d be treated to an actual, honest-to-goodness well-produced Hollywood movie, albeit ones that usually came out in the 70’s.

It was during these recesses that I discovered Gene Wilder in Willy Wonka and the Chocolate Factory. If not for a rainy day recess I never would have sought out more Wilder movies and I never would have experienced the joys of Young Frankenstein or Blazing Saddles. During these recesses I first watched Charlotte’s Web, The Brave Little Toaster and The Mouse and the Motorcycle. Those movies led me to the books on which they were based. My love of reading, that I still have two decades later is all thanks to those rainy day recesses.

Everyone has been comparing The BFG to a previous Spielberg kids-movie, and there are obvious connections to E.T. to be found (both are penned by Melissa Mathison, both feature a child lead, both are fantasies based in the real world), yet the movies are quite different. E.T. was a parable about a child growing up and being thrust by circumstances (being abandoned by his father; being abandoned by his mother-ship) into maturity. E.T. had a powerful center to its story and much more depth than is obvious when watched with a child’s eyes. By contrast, The BFG is a simple—to the point of being “thin”—children’s story, lacking a moral at the core or any kind of “lesson learned” for either of the main characters (the orphan girl, Sophie and the titular Big Friendly Giant). It’s very much a Roald Dahl story, in that it has charming characters, some memorable settings and scenes, but ultimately lacks much of a point beyond the fun and escapism it briefly offers. 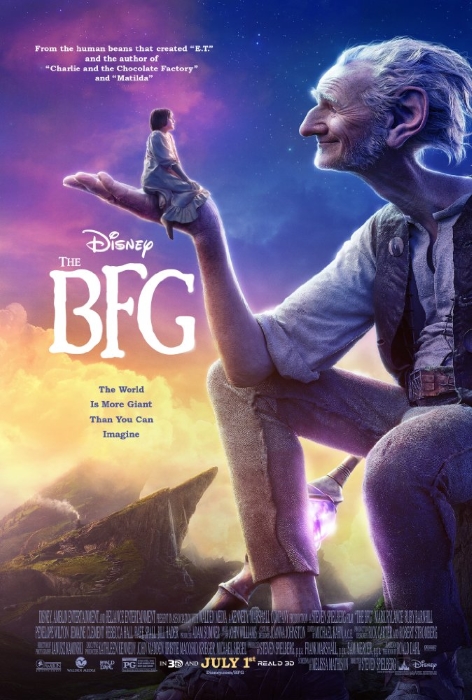 Steven Spielberg—in this, his first “children’s” movie since Hook (not counting the animated TinTin film from 2011)—directs the movie as though his goal is simply to bring the story to life. The acclaimed director has said that his interest in the project was based on his love of the book (which he read to his kids at night after he first acquired it).  Mathison’s screenplay tweaks a few things here and there, a few things are cut and a few things are added, but for the most part the script is extremely faithful to the source material. Fans who grew up loving the book will be thrilled to see so many parts translated from page to screen: The BGF himself looks exactly like the book’s illustrations; snozzcumbers and frobscottle are given their moments to shine; the meeting with the queen, breakfast at Buckingham Palace, Dream Country and more are all brought to life exactly like they were described by Dahl and drawn by Blake. 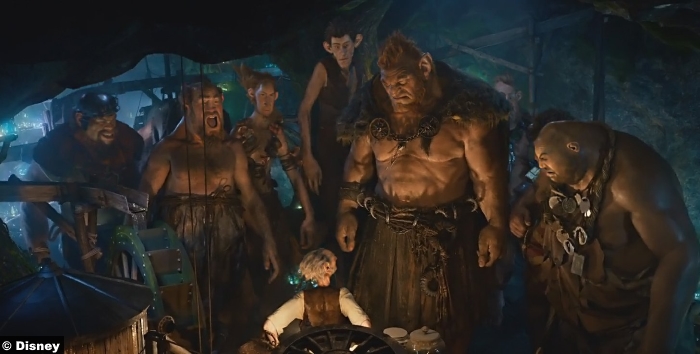 But faithful translations work both ways. The weakness of Dahl’s story is present in the movie too. There’s very little character development on Sophie’s part. The BFG himself grows a little courage in one scene when he stands up to the bigger giants, but there’s little the story does with that arc. The sudden “hey let’s get the Queen to help!” idea is just as random on the screen as it was on the page. It’s not exactly a Deus Ex Machina if you go to visit the “Deus” to ask for help, but it’s still a solution to the movie’s problem that’s a little too easily achieved. 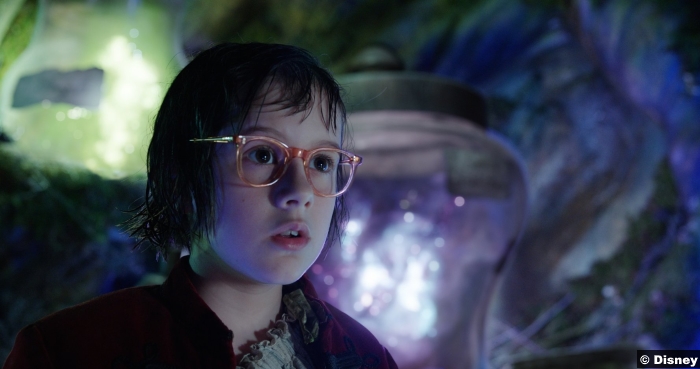 And speaking of, there simply aren’t enough stakes and/or sacrifice to keep your interest level at 100%. We hear that giants have been kidnapping children (and in the book the giants had been snatching kids from multiple countries), but there’s little said about it after the threat is resolved. No one sacrifices anything to achieve the happy ending, either. It’s just a series of “going from one interesting place to another, and one fantastical setting to another” over and over until the story just ends.

It’s all very competently handled; it’s well-acted, the John Williams score is whimsical, Mark Rylance is charming as the BFG, the visuals are great…it’s just all a little hollow.

It’s not E.T. That movie will continue to endure for generations to come. This one will not. It will probably do good enough at the box office to avoid being labeled a failure, but it’s not going to unseat Disney’s other big summer movie (Finding Dory) nor will it be remembered as a Spielberg-classic. It will probably find a comfortable home in elementary schools everywhere, to be brought out on a rainy day recess, alongside Matilda, Willy Wonka and the Chocolate Factory, Stewart Little and so many other kids movies to be enjoyed in fifteen-to-thirty minute intervals.

7/10 – fans of the book will be happy to see the book so faithfully recreated, but everyone else will probably be a tad underwhelmed by the limitations of the story.