I’m not one of those people who thinks that homage is the death knell of film or music or any kind of art. Wearing your influences on your sleeve is not only a way to honor your heroes, but can also be a hand reaching out to your audience. This is all irrelevant if you’re one of those people who thinks there are no new stories–only new ways of reworking the old tales–but obviously we are not those people. This is all to say that Carnage Park, the fifth outing from Mickey Keating, is an obvious homage to 70s horror (and will remind you of about ten other things*), but does that mean it isn’t any good? 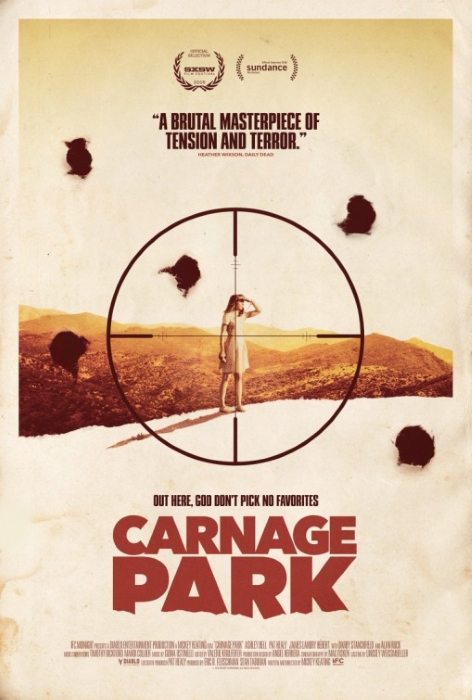 Of course not, as anyone who’s seen a leftovers episode of Chopped knows. What matter is what you make of it. So what did Keating make? He made a grimy tale of a bank robbery gone awry that then manages to go even worse. [There will be mild spoilers.]

With an obvious nod to Reservoir Dogs, the movie begins with the immediate aftermath of that bank job, as done by Scorpion Joe (James Landry Hébert) and Lenny (Michael Villar). Don’t get attached to Lenny, because he bleeds out in the backseat. The bank in question is ancient. It looks like it’s overdue for a bank run. You expect the camera to pan over to reveal the tellers behind a wooden grille. But I digress. Anyway, something goes wrong. Joe and Lenny do manage to make it out with the money, but they had to take a hostage–Vivian (Ashley Bell)–and Lenny had to take a gut shot to make their escape.

Once Lenny is no more, Vivian joins the story. Like the bank robbery, she’s having a bad experience that just got exponentially worse. She was at the bank pleading for a loan to save the “dirt farm” where she lives with her father. The loan is denied, with the smarmy bank officer suggesting she try burlesque. Enter Joe and Lenny. 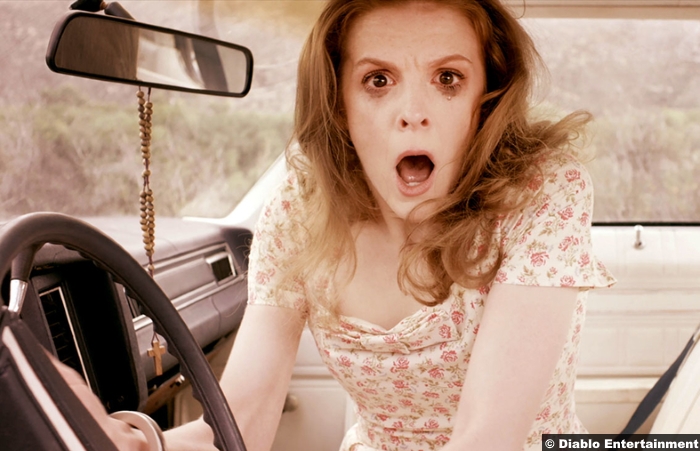 This being an astoundingly sloppy robbery, the cops are right on Joe’s tail, so he takes the road less travelled and it makes all the difference. It turns out he’s ventured onto Wyatt Moss’s (Pat Healy) land. A Vietnam vet, Wyatt has taken his lemons and made murderous lemonade, turning his sprawling property into the titular Carnage Park. It’s a Wonka factory of pain and death with electrified fences, a comprehensive sound system spewing scary gibberish, and bear traps. Oh, my. 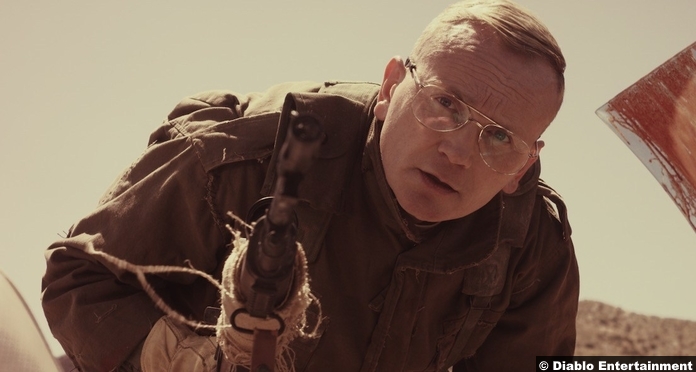 Wyatt dispatches Joe quickly, which pushes Vivian into obvious Final Girl territory. Vivian is the beating, bloody heart of this movie and its Ashley Bell’s performance that is the star of the show. She looks like a classic movie star and can emote like one, too. It would be easy for an actress to spend the duration screaming her head off, but Bell is far more subtle, depicting the shifts in Vivian that take place as she takes stock of her predicament. Vivian is not someone for whom things come easy and although she’s never faced a challenge like this before, it’s not hard to believe in her.

These parts, where she’s considering a problem and then ferreting out a solution, are shot beautifully. The composition makes her look like she stepped out of an Andrew Wyeth painting, if Wyeth painted deserts. It’s evidence of a major talent in cinematographer Mac Fisken and it bodes well that he’ll be working on Keating’s next work, Psychopaths. 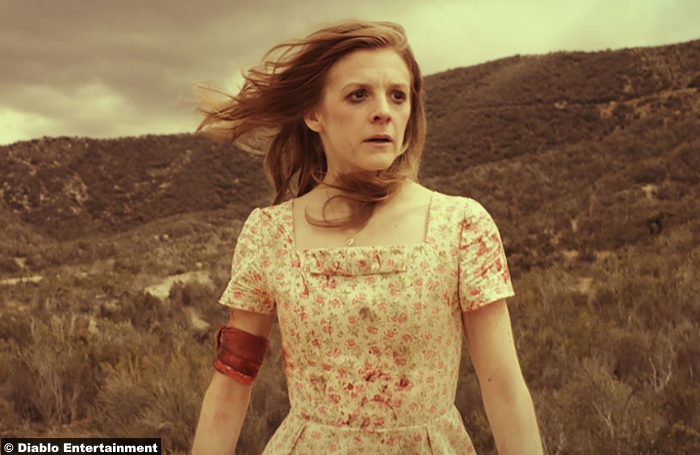 As Moss the antagonist, Healy is effectively creepy. We don’t see much of him, but what we do see of him and additionally, his relationship with the local sheriff (Alan Ruck), is unnerving. He surely has a reason, albeit a lunatic one, for building the Park, but we’re privy to so few of his thoughts. That’s not a negative, though–if the movie paused so he could give some Bond-villainesque monologue about why he does the things he does, it would be ludicrous. If he has a cogent philosophy, it would likely be something akin to “God don’t pick no favorites,” one of his early lines.

In the Park, though, none of that matters. All that matters is survival and the odds are stacked against you if you find yourself in there to begin with. God may pick no favorites, but I’ve also heard that He helps those who help themselves. And few help themselves like a Final Girl.

7/10 – Carnage Park is a stylistic high point for a director who’s not exactly lacking in style. While the story is not breaking any new ground and is awfully slim, the suspense and Ashley Bell’s performance push the film into being more successful than it should be.

[Carnage Park is playing in select theaters and on demand.]