Remember when new television existed only in the fall? Summer was, for the most part, a barren wasteland of reruns. Now there are new seasons starting all around the calendar, including for shows that exist only in summer. What a time to be alive.

Freeform (formerly ABC Family) has been one of the pioneers in the new scheduling, with shows like Pretty Little Liars, which airs its seasons in parts (like AMC’s The Walking Dead). Like the CW, the network is no stranger to genre shows, like those with supernatural or fantasy elements. One of their newest series fitting that bill is Dead of Summer, which is a ghost story disguised as a slasher film. But is it any good? I watched it to find out. 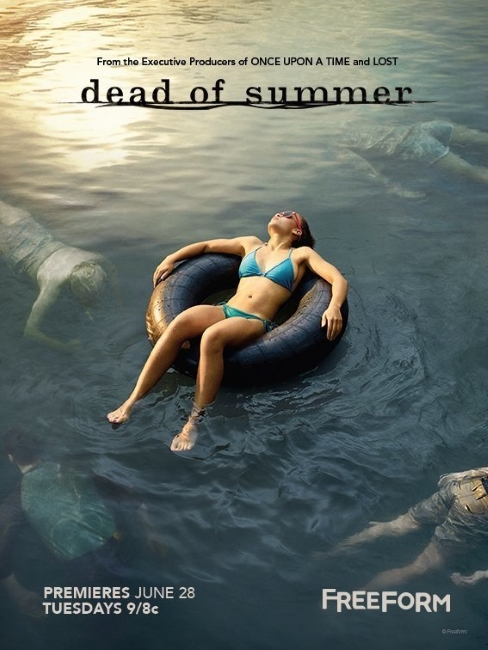 First of all, let’s get the nitpicking out of the way, which is that this show is set in 1989, but if you missed the beginning, you might never know that. The styling is laughably anachronistic. More than once, I had to remind myself that this was all taking place in the 80s. Take a look at the cast for Sleepaway Camp 3, which actually came out in 1989. That’s pure, uncut 80s. The kids on Dead of Summer, on the other hand, just look like your average millennial. Like, Blotter (Zachary Gordon) wears a “stealie” t-shirt that looks like it came from last night’s lot. [Yep, this is where we all find out I’m a Deadhead.] They should have much worse hair and clothes than they do. It’s a minor quibble, but it is indicative of the care that goes into the making of the show. Would you have taken Mad Men seriously if Don Draper had shown up dressed for Casual Friday? 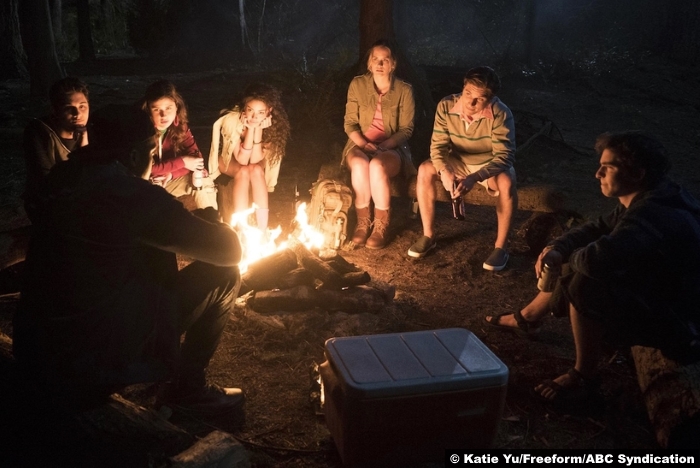 Anyway, now that we’ve gotten that out of the way, let’s talk about the actual show. I mentioned Sleepaway Camp because Dead of Summer is also a horror story that takes place at summer camp. However, if you were expecting a typical slasher, look again. Dead of Summer has cleverly disguised its summer camp murder story with a supernatural setting. As we see at the beginning of the pilot, something bad happened on the grounds of Camp Stillwater a long time ago. The lake is choked with floating bodies and the authorities close in on the piano-playing Tall Man, played by Tony Todd, whom you know better as that character whose name we won’t say. We don’t learn more about what exactly happened, because the next time we see the camp it’s 1989. 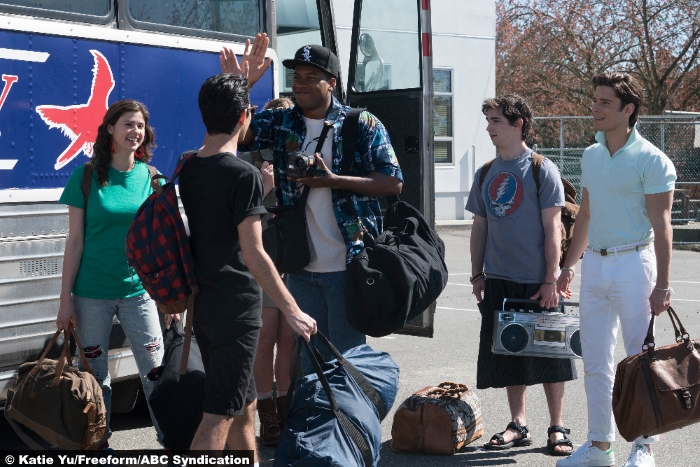 This part is all familiar territory. If you’ve seen horror movies, you’ve seen this before. The earnest young counselors arriving at camp, with no idea of the terror awaiting them. Et cetera. The camp is just now being reopened and most of the counselors are former campers, excluding Amy (Elizabeth Lail), who’s positioned as our final girl. In flashbacks, we learn about Amy’s past, which is allegedly tragic, but is instead faintly ridiculous.

Then we get back to more tried-and-true horror staples. There’s the groundskeeper who’s both creepy and full of warnings for innocent Amy. There are the local ne’er-do-wells who cause trouble at the camp. There are also the local authorities, who aren’t quite sure the camp should be reopened. (I’m with them, especially since the camp opens one day after a body is pulled from the lake.) And since it is the 80s, let’s throw in some Satanic panic. The lake is a goat’s head! And I’m sure the dining hall sits on a mysterious hatch. 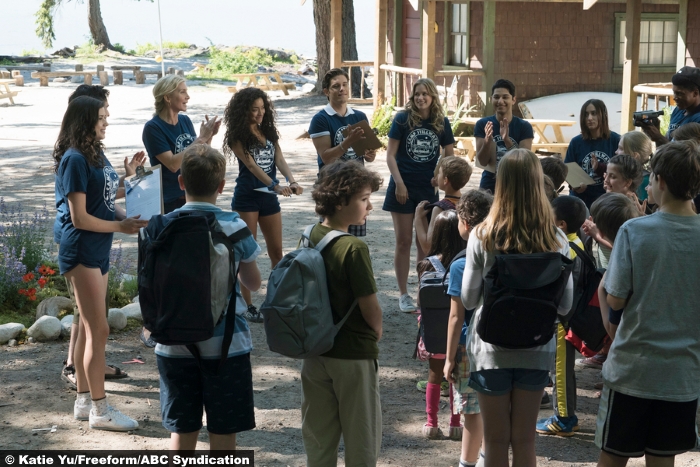 The supernatural elements–specifically, the Tall Man and whatever he wants–are kind of interesting, but they’re surrounded by that kind of junk. And everything moves so slowly that if you can tough it out until the end of the season–let’s be real, the end of the series–you might forget why you started watching it to begin with. But that’s easy. It’s summertime and you wanted to see something scary. Too bad there’s more fright in any given episode of Are You Afraid of the Dark?

5/10 – There is a lot of potential in a scary story set at summer camp, hence the many iterations that have been attempted over the years. This attempt just doesn’t get there. It’s not scary, for one, and you’ve seen all this before. Finally, the lack of attention to rather large details makes you feel like if they didn’t care enough, why should you?