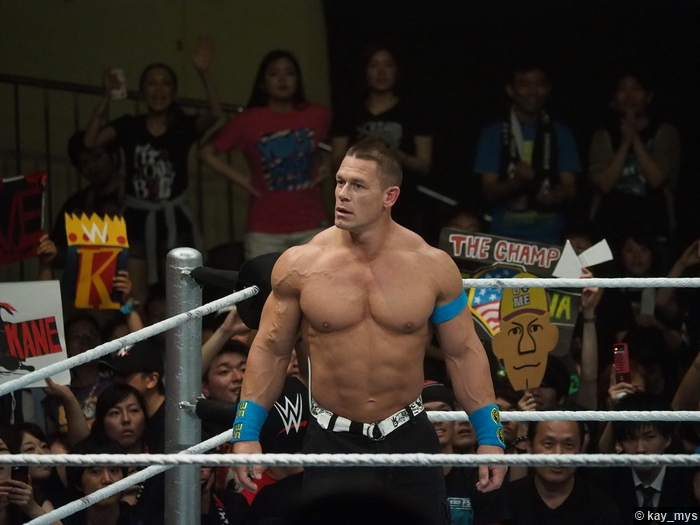 A Club of Their Own.

Thirteen nights before WWE Money-in-the-Bank, the 1202nd edition of WWE Monday Night RAW came to you, live, from the Chesapeake Energy Arena in Oklahoma City, OK. Last week on RAW, John Cena made his long-awaited return to WWE after five months on the shelf with a torn rotator cuff, but the fifteen-time former World Champion’s return would be ruined by unexpected assailants. After a rousing Memorial Day speech, John Cena would declare that any “new era” Superstars will have to go through him to get to the top and this would bring out “The Phenomenal” AJ Styles. In a surreal moment for the fans and the Superstars in the ring alike, AJ Styles and John Cena shared the ring on RAW as the fans were immediately split between the two Superstars. Styles would welcome Cena back and shake his hand before Luke Gallows & Karl Anderson would come out to confront their former friend, accusing AJ Styles of “sucking up” to John Cena. This would lead to Gallows & Anderson intending to fight Styles and Cena, but when Cena turned his back to “The Phenomenal One”, AJ Styles would cheap shot John Cena before Luke Gallows & Karl Anderson would join Styles in a three-on-one beatdown of John Cena! Clearly back on the same page, The Club would relentlessly assault John Cena with AJ Styles leading the ferocious attack, repeatedly returning to the ring to further assault the former World Champion. Now, one week removed from his physical introduction to The Club, John Cena would be on RAW to address the three-on-one assault. What will John Cena have to say regarding The Club and, with a one-on-one match against AJ Styles set for WWE Money-in-the-Bank, will we see another confrontation between John Cena and The Club?