How to make Indy 5 better than Crystal Skull

When Disney bought out Lucasfillm in 2012 for what seemed like an absurd amount of money (until they made almost half of it back with Force Awakens alone) everyone was so preoccupied with the fact that Star Wars was going to live on they forgot about the other franchise that came along with the territory, Indiana Jones. Well Disney surely didn’t forget as Indiana Jones is still a hugely bankable series. While it won’t generate Star Wars levels of cash, the famed architect adventurer will still bring in the numbers from the masses. People started to speculate who would play the new Indiana Jones if Disney ever decided to go ahead with a reboot. Lengthy internet debates sparked up with names floating around from everyone like Miles Teller to Andrew Garfield. Who should take up the famous hat and whip after Harrison Ford was certainly a question on everyone’s minds. 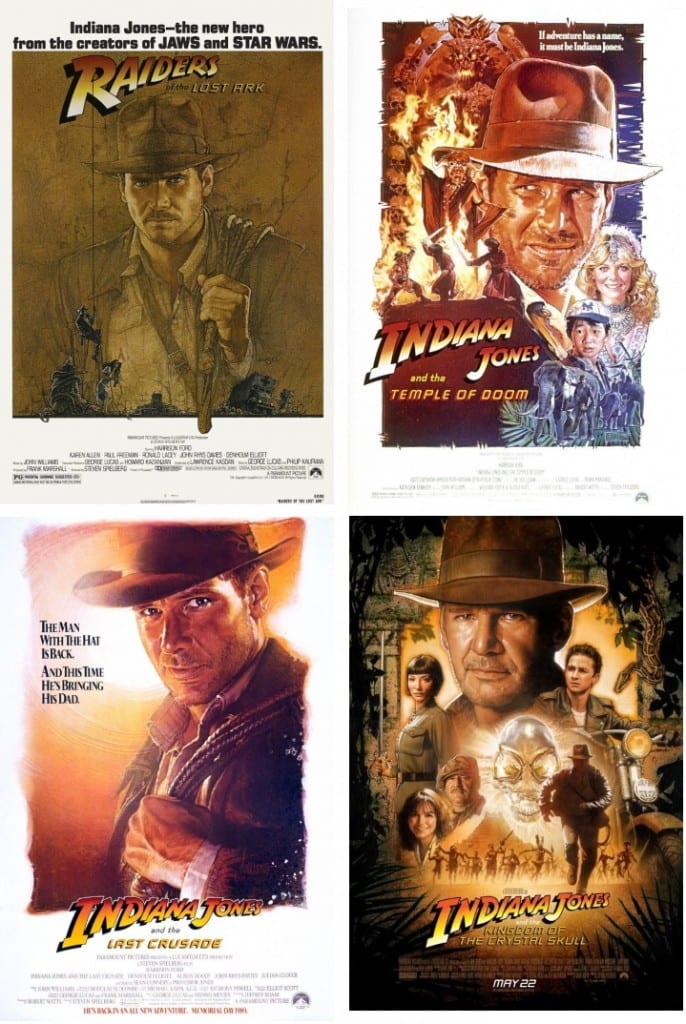 Well now it seems we can swipe that question away as Disney just released the news that Indiana Jones 5 will indeed be happening, and more interesting yet, Harrison Ford and Steven Spielberg will both be returning as actor and director respectively. The news seemed to take most fans aback, especially when it was revealed that Ford, who will be turning 74 this July, would be returning to play the iconic role. Still the news got most fans excited, and also got most fans worried.

The last entry in the franchise, Indiana Jones and the Kingdom of the Crystal Skull, made tons of money but was relentlessly torn apart by critics and fans alike for being so vastly different than its predecessors. The 2008 film was released almost 30 after the last entry in the franchise, and audiences agreed that the magic that encapsulated the first 3 films wasn’t present in Crystal Skull. Most were put off by the absurd plot, the lack of practical special effects, the ridiculous otherworldly ending, and the shoehorning of Shia LaBeouf to carry on the Indy torch. The film left a bad taste in everybody’s mouth with scenes like alien spaceships appearing and Indiana Jones surviving a nuclear explosion by securing himself inside a fridge. 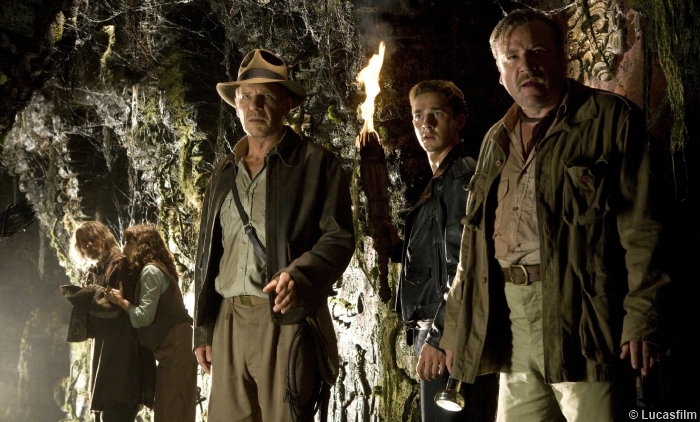 Indiana Jones 5 needs to understand why Crystal Skull failed, avoiding any of its follies if the franchise wants to pick itself off the ground. There are a couple of ways that the sequel could work, and a lot of ways in which it can fail. For starters we need Indy to go after something much more traditional and not something from another planet.

According to Spielberg, George Lucas always wanted to put a storyline in the franchise starting years ago that involved aliens but Spielberg always refused. He eventually agreed in 2008 when Lucas pitched the idea to him and what we got was Kingdom of the Crystal Skull in which Indy comes face to face with an alien spaceship. After the surprise ending twist, audiences declared in one voice, “save it for Star Wars.” Aliens and extraterrestrial activity has no place in the Indiana Jones franchise which built up its fan base by featuring biblical mysteries like the Holy Grail and the Ark of the Covenant. Aliens was such a turn out of left field that people simply couldn’t get onboard with the decision. The fifth entry in the franchise should take this into consideration when penning a script for the film. There’s plenty of historical myths that Indiana could go after like the Fountain of Youth instead of going after little green men. 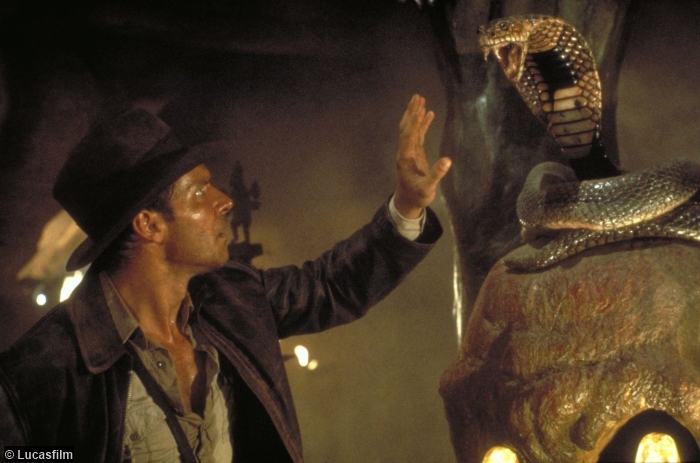 Along with aliens, another reason Crystal Skull didn’t feel like a true Indiana Jones film was the use of CGI in favor of practical effects. The first 3 entries, especially Raiders of the Lost Ark, hold a special place in many filmgoers’ hearts for their use of well-choreographed stunts and chase sequences. Who could forget that epic tank chase in Last Crusade, or the iconic entry into the evil lair in Temple of Doom? These moments are staples in cinema history because of their inventive realism and creative effects. In Crystal Skull we got a very CGI heavy movie that didn’t feature enough real world sequences, as such it just didn’t feel like an Indiana Jones film. Indy 5 must have the majority of its special effects done practically if it ever wants to capture the nostalgia of what made the franchise so great. 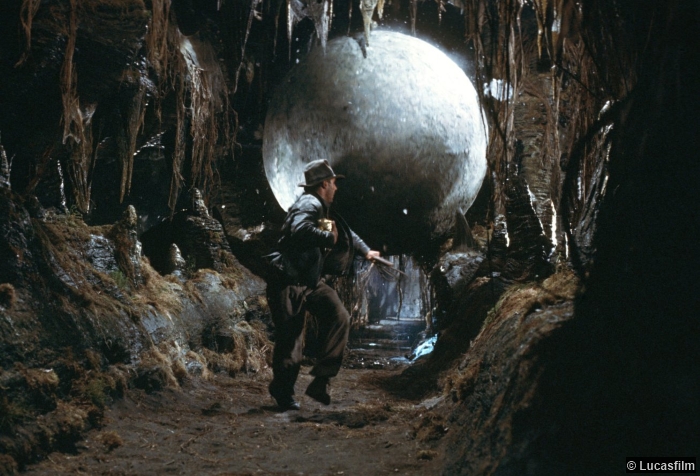 Of course with the use of practical effects comes the difficulty it will have on its star, Harrison Ford. The actor was 65 years old when the last movie came out, and even then audiences were wondering if the audience was still spry enough to don the famous hat and whip. It’s no secret that Ford can’t do the things he used to 30 years ago. His role in Star Wars: The Force Awakens pleased audiences as the actor could certainly still act, but could he still blast Storm Troopers like he could in A New Hope? Surprisingly Ford held his own against newcomers Boyega and Ridley, but how many more years can Ford get away with being called an action hero? 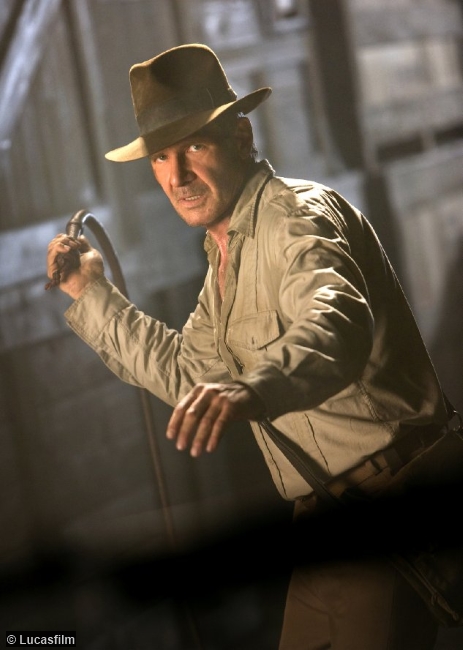 Indiana Jones 5 should serve as a definitive end to the longstanding franchise. No doubt cash profit will inspire Disney to go the other route by trying to set up subsequent sequels, either by have Ford return in his old age or have him pass the torch which was meant at the end of Crystal Skull (please for the love of God not Shia LaBeouf). But Indy deserves to retire in peace. The character needs a satisfying conclusion to go out on, which should have been Kingdom of the Crystal Skull. Now Disney has a chance to rectify that mistake. Unlike Batman v Superman, Captain America: Civil War, Star Wars: The Force Awakens, and whatever else is being churned out to set up specific sequels, Spielberg and crew should only concern themselves with making one last great movie to send Indy off on a good note. It should concentrate on where it is rather than where it’s going. After everything Indiana has been through he deserves to go out in style, and that’s what Indiana Jones 5 should give him; his swan song.