Everyone likes to talk about trilogies but the fourth movies in Hollywood franchises can be just as good, and sometimes better than their predecessor counterparts.

Most franchises like The Godfather, The Dark Knight Series and The Matrix round off their story with a nice even trilogy. Only a select group of film industry giants have cranked out more than three films, and usually for good reason. No doubt a fourth entry pushes the limits on what you can do creatively; most franchises are running on fumes by this point. Star Wars: The Phantom Menace was disappointing, Ice Age: Continental Drift was basically a cash-grab, and Superman IV: The Quest for Peace has flaws that are insuperable to overlook.

With so many gratuitous fourth entries that have lost their way it’s a breath of fresh air when a franchise is still able to come up with something meritorious and original. In that spirit, here are the 8 best fourth films in movie franchises. 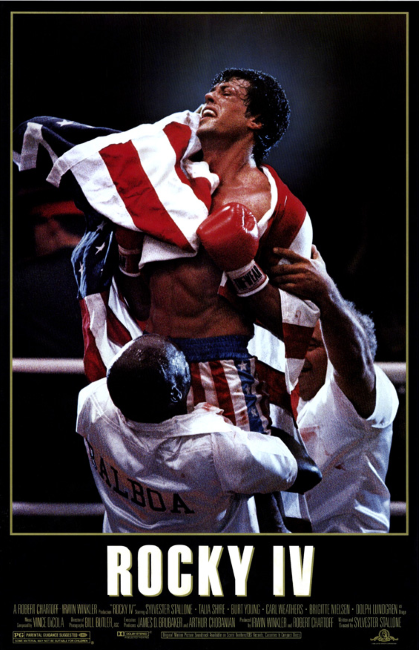 While not as good as the third entry, which featured a fantastic Mr. T as Clubber Lang, the fourth movie in the Rocky franchise is still a whole lot of fun. You can guess pretty much the movie’s entire plot before it even starts, but Rocky IV is still a guilty pleasure you might not want to admit to. The titular boxer ends up fighting against Russian behemoth Drago after he kills Rocky’s best friend and former rival, Apollo Creed, in the ring. Unlike the first installment, this movie doesn’t have any underlying tones about going the distance. Instead it puts all of its eggs in the basket that the audience will strongly identify with the movie’s only message: revenge. Rocky wants to settle the score between himself and Drago, and so does the audience. Because of its relatable themes Rocky IV, while not the best, is a solid entry in the canon. 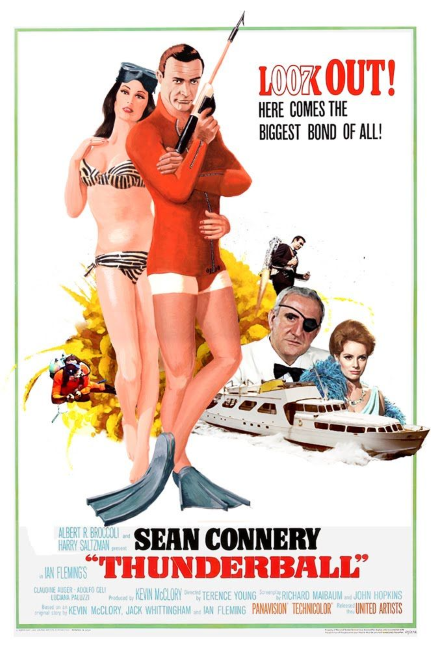 The fourth film in the James Bond franchise is often overlooked, probably because it follows Goldfinger which is widely regarded as the best in the series. Thunderball isn’t a bad piece of filmmaking. It has Sean Connery right at the peak of his Bond charisma and features exotic locations, longwinded action scenes, and beautiful actresses; every ingredient needed to make a successful Bond flick. With this in mind, the movie does tend to get bogged down with its endless underwater fights. At the time filming underwater was a new medium, and this movie did underwater fights and chases to the point of implausibility. Still, Thunderball is a compelling 007 outing even if it doesn’t quite meet Goldfinger expectations.

6. Harry Potter and the Goblet of Fire 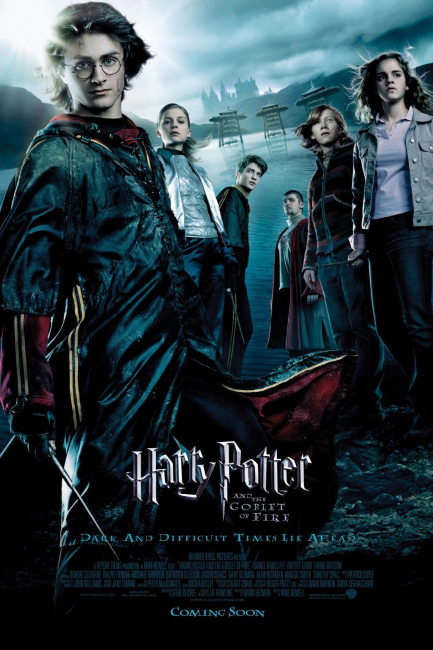 Following the success of The Prisoner of Azakaban the Harry Potter franchise struck gold again with this 2005 sequel. In this installment everyone’s favorite teenage wizard is swept up into a dangerous tournament between rival witchcraft schools. The movie has Harry battle dragons, fight rival wizards, and finally come face to face with the series’ main villain, Voldemort. Directed by Max Newell, Harry Potter and the Goblet of Fire is one of the most well received sequels in the franchise, creating a perfect blend of suspense, laughs and action. 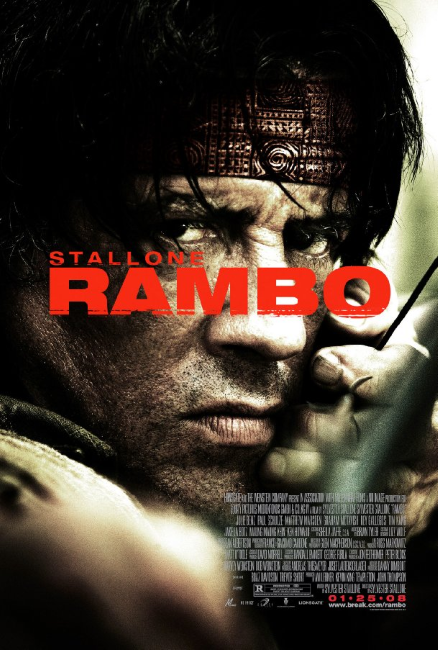 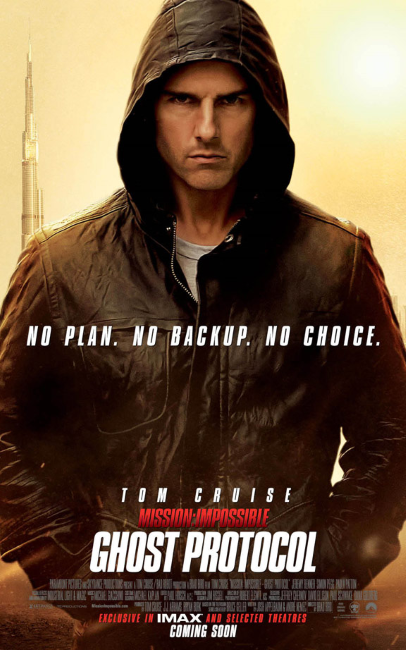 When this fourth installment was released in 2011, many doubted whether the Mission Impossible franchise could still turn a profit. The third movie made in 2006 didn’t meet with much critical and box-office success, and Tom Cruise was being questioned if he was still young enough to be considered an action star. Fortunately Ghost Protocol came along and silenced all the negative predictions. The movie, directed by Brad Bird, is one the franchise’s strongest entries, second only to the Brian De Palma original. Bombastic stunts, a solid script and a great ensemble cast breathed new life into the Mission Impossible legacy, spawning another sequel in 2015 with another on its way. 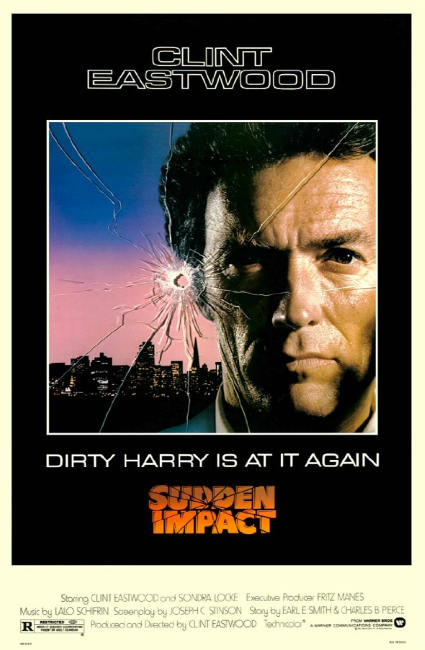 “Go ahead, make my day.” One of the most quotable and badass lines in movie history comes from the fourth installment in the Dirty Harry series. This episode has San Francisco cop “Dirty” Harry Callahan assigned to track down a rape victim who is hunting down her past attackers and killing them off one by one. The movie boasts some pretty incredible gunfights, not to mention some extraordinarily well choreographed car chases to boot. While the script is rather lacking at times the direction by Clint Eastwood himself is superb. Never containing a dull moment, Sudden Impact is one of the more enjoyable entries in the Clint Eastwood franchise. 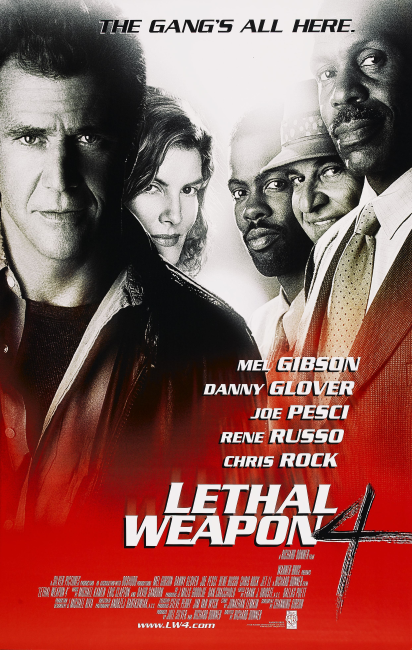 Cliché? Perhaps. A whole bunch of fun? You betcha’. Officers Riggs and Murtaugh are at it again, this time trying to take down a Chinese slavery ring. The Lethal Weapon movies were always a vehicle to feature the buddy-buddy shenanigans of Mel Gibson and Danny Glover, and this one is no different. That doesn’t hinder the movie however, quite the opposite. It’s a blast to watch Gibson and Glover pal around and the movie is aware it’s the main ingredient to its success. Throw in Joe Pesci, Chris Rock, over-the-top action sequences, crackling dialog, and Jet Li as one fantastic villain, and you have a recipe for a great fourth entry in the Lethal Weapon franchise. 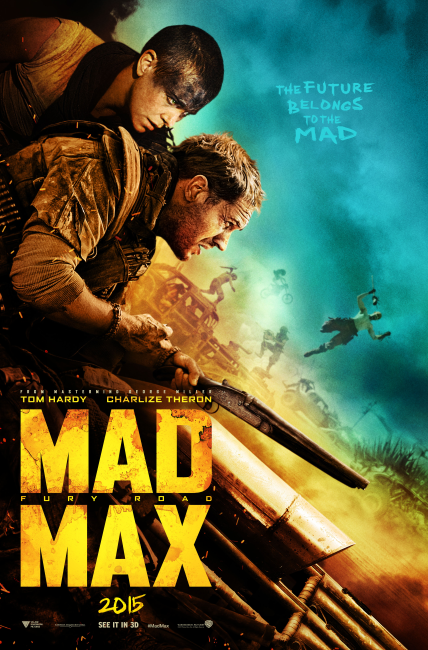 Quite possibly the best fourth entry in any long running Hollywood series. George Miller’s post-apocalyptic masterpiece is an action movie of mammoth proportions. Fury Road has Tom Hardy as the mysterious Mad Max, an anti-hero who wanders from wasteland to wasteland getting mixed up in various dangerous situations. In this installment Max is forced to help a warrior named Furiosa try and find her homeland while transporting former female prisoners.  The stunts are insane, the set production is gorgeous, the costumes are beautifully eclectic, and the direction is flawless. Mad Max: Fury Road is not only one of the best fourth movies, but one of the best action films of the last 10 years.