Review: I Saw the Light

Full disclosure: I was nervous about I Saw the Light from the moment it was announced. As an Alabamian, I feel a certain amount of ownership toward Hank Williams. Like his grandson, Hank III, I come from a place where “You ain’t no son of Hank” is an insult. So it was with no small amount of trepidation that I approached this movie, especially after a Brit, internet heartthrob Tom Hiddleston, was cast as the country legend. Still, I wasn’t actively hoping for it to fail. I wanted to see the light. If only the movie had had the same ambitions. 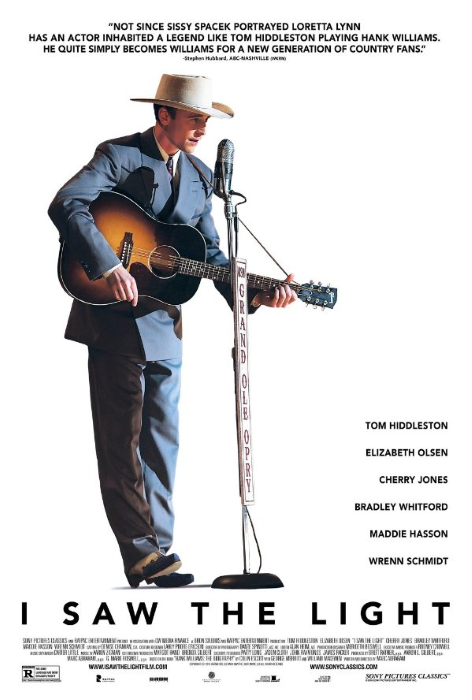 Not your typical biopic–in many ways–I Saw the Light opens not with Williams’s childhood, but with his marriage to Audrey Sheppard (Elizabeth Olsen). It is in the depiction of their relationship that the movie starts to go awry. So then, yes, from the beginning. Audrey is portrayed as an untalented scold, and while her singing voice could most charitably be described as serviceable, she was a capable businesswoman who managed her husband’s career into stardom. Of course, that stardom would likely never have happened if not for Hank’s talent, and here is another part where the movie fails. 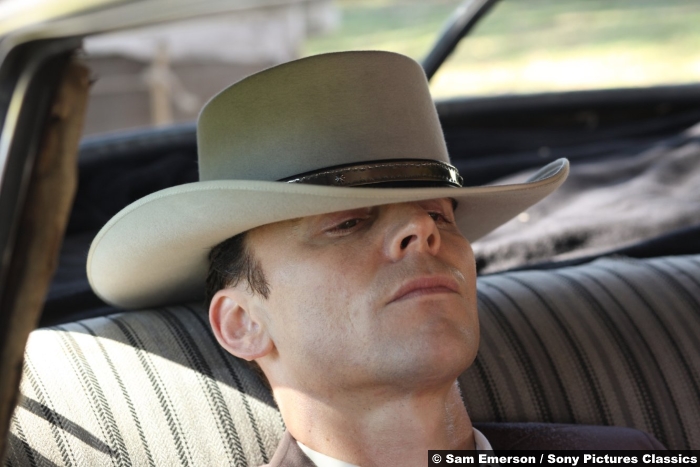 Hank Williams’s contribution to country music and music in general is difficult to understate. Today he’s synonymous with the classic country sound, but that wasn’t the case when he arrived on the scene. Taught to play guitar by Rufus Payne, a local blues musician, Hank would blend the blues with the gospel and folk which he’d grown up, creating a sound that combined with his unusual vocal style, would change popular music forever. In the parlance of today, we’d call him a disruptor. But you’d never know that by watching this movie. According to ISTL, Hank Williams was a guy who played a song once in a while in between boozing and skirt-chasing.

Because for a movie about a musician, this film sure is light on music. This is another odd choice, because as Hank, Tom Hiddleston is better than I thought he would be. The movie shakes out of its lifelessness whenever he sings, so why are these moments so few and far between? Similarly, Elizabeth Olsen carries herself just as well as Hiddleston, but it’s a pity she’s not given better material than this. Both of them, along with the supporting cast, are much better than the movie deserves. There’s a good cast and maybe a good movie buried somewhere in here, but during the soporific two hours this film runs, you’d be hard-pressed to find the latter.

In fact, you could be forgiven for thinking the projector is malfunctioning, because didn’t you just see a sequence of Hank gets drunk and fights with Audrey? Wait, is he getting drunk and fighting with Audrey again? And this is the movie. There’s no room for nuance. There’s no context for anything. Why did he drink so much? Why was his music so touched by pain? Was it because of his actual physical pain from spina bifida or was it some deeper emotional pain? The movie never cares enough to explore that. He even dies off-screen. 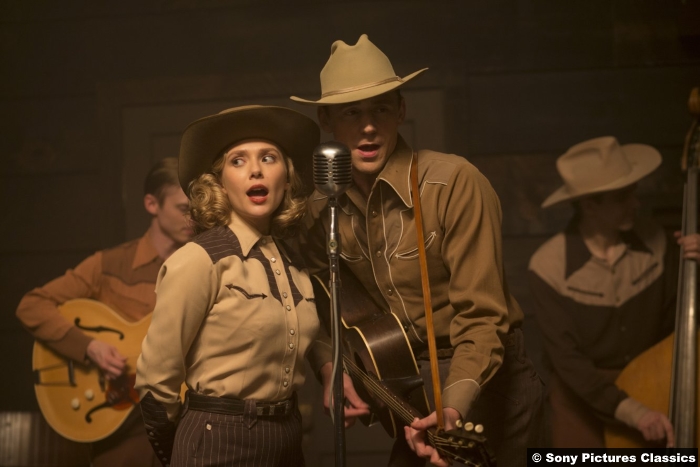 So take away that high lonesome sound, ignore that he’s a giant of American music, leave him an enigma, and what else are you left with? A generic biopic that plays like any given episode of Behind the Music. Here’s this guy, he makes some music, he becomes a star, then bring in alcohol, let the narrator intone, “And then it all came crashing down.” Maybe it’s partly a fault of the source material, but if that were the case, that material should have–could have–been elevated. Instead, the movie stays flat and by-the-numbers.

And since the movie itself doesn’t seem to care, it’s not clear why we should, and that’s the biggest shame. They don’t make biopics of people unless they’re important, but the movie never stops fast-forwarding through cliches to explain why Hank matters. It’s only at the end when Hank’s last audience is informed that he won’t be coming because he’s gone forever, and everyone starts to sing the title song, that we get the slightest hint of his impact. And that’s just not enough to melt a cold, cold heart.

2/10 – Given a chance to tell the definitive story of Hank Williams, writer-director Marc Abraham instead squanders the material in favor of a flick with less substance than a movie-of-the-week, and there’s a tear in my beer…