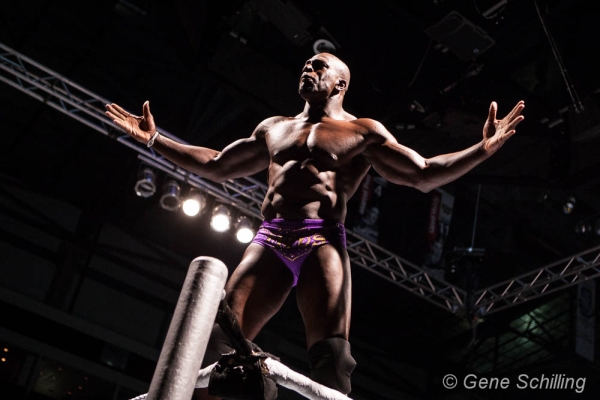 The news was broken by PWInsider.com on Tuesday that former WWE Tag Team Champion Titus O’Neil (Thaddeus Bullard Sr.) has been suspended for 60 days after a “playful, physical” altercation with WWE Chairman Vince McMahon after RAW went off the air. After Daniel Bryan’s retirement speech on RAW, a WWE Network special featured Vince, along with Triple H, Stephanie McMahon, and several Superstars and Divas, all standing on the stage to join the crowd in a “yes” chant as a sendoff for Daniel Bryan. After Bryan walked to the back, Vince, Triple H, & Stephanie started to walk to the back and this is when Titus O’Neil grabbed the Chairman by the arm and Vince responded by shoving Titus away. The altercation was part of the live WWE Network broadcast but has since been edited to omit the altercation.

The next night, Titus O’Neil would arrive at the SmackDown tapings and that is when he was informed that he was being suspended for 90 days for unprofessional conduct. Likely responding to the online backlash of the suspension, WWE has since reduced the suspension from 90 days to 60 days. This suspension will ensure that Titus will miss out on the biggest event (and biggest paycheck) of the year, WrestleMania, as the suspension will keep Titus off the road until April 9. The suspension comes as a surprise to most people considering that Titus is one of WWE’s top guys when it comes to charitable events and was even named the 2015 Celebrity Dad of the Year from the MEGA Dad Awards. Titus was also getting a decent push in recent weeks, having had a short winning streak over the likes of Stardust and Tyler Breeze.

What do you think of the suspension? Post your comments in the box below.