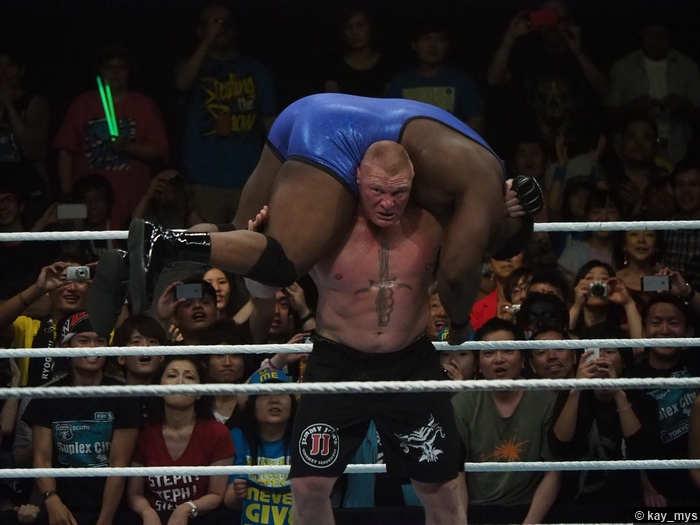 On the Fastlane to Suplex City.

The 1184th edition of WWE Monday Night RAW came to you, live, from the Legacy Arena at the BJCC in Birmingham, AL. For the first time since he was unceremoniously ganged up on and eliminated from the Royal Rumble Match by The Wyatt Family eight nights ago, “The Beast” would be on RAW as Brock Lesnar would make his first appearance since learning that he, along with Roman Reigns and Dean Ambrose, will be in a Triple Threat Match at Fastlane in three weeks to determine who will challenge Triple H for the WWE World Heavyweight Championship in the main event of WrestleMania. With Fastlane just a few weeks away, Brock Lesnar will certainly have a lot on his agenda as “The Beast” will likely have his sights set on The Wyatt Family after the four men cost him the WWE World Heavyweight Championship at the Royal Rumble, but as seen on SmackDown, Roman Reigns and Dean Ambrose have also been having their issues with The Wyatt Family. Could we see all of these Superstars cross paths on RAW? If so, what will erupt with so much on the line as Fastlane and, more importantly, WrestleMania draws ever closer?