WWE: The Godfather announced for the 2016 WWE Hall of Fame 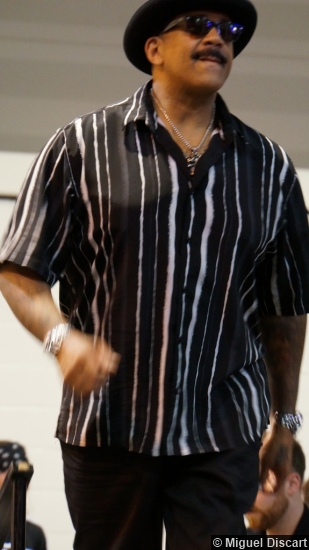 As originally announced by The Bleacher Report on Monday and confirmed by WWE later that night on RAW, former Intercontinental and WWE World Tag Team Champion The Godfather (Charles Wright) will be inducted into the 2016 WWE Hall of Fame on April 2 in Dallas, joining “The Icon” Sting in this year’s Hall of Fame Class. While Charles Wright debuted in WWE in 1991 under the ring name “Sir Charles” and would be given many different ring names and gimmicks during various stints in WWE, including Papa Shango, Kama Mustafa, & The Goodfather, Wright’s most popular WWE gimmick is of the colorful, charismatic ladies man The Godfather. The pimp character would debut in 1998 and would immediately resonate with the fans as The Godfather would come to the ring with a group of his “hoes” and would often offer his opponents a night with his ladies instead of facing them in a match. It wouldn’t take long for The Godfather to achieve success as he defeated Goldust for the Intercontinental Championship in 1999.

Following a brief heel turn as Right to Censor member The Goodfather in 2000 (during that time, he won the WWE World Tag Team Titles with Bull Buchanan), The Godfather would return to form in 2002. However, the gimmick would not achieve the same success as its original run and, after several attempts to tweak the character and even turn The Godfather heel, WWE released The Godfather in December 2002. Following his release, The Godfather would retire from wrestling, but would continue to make occasional appearances for WWE, including a stint in the 2013 Royal Rumble Match, with his most recent WWE appearance being on a special Old School edition of RAW in January 2014.

What do you think of The Godfather’s induction? Post your comments in the box below.