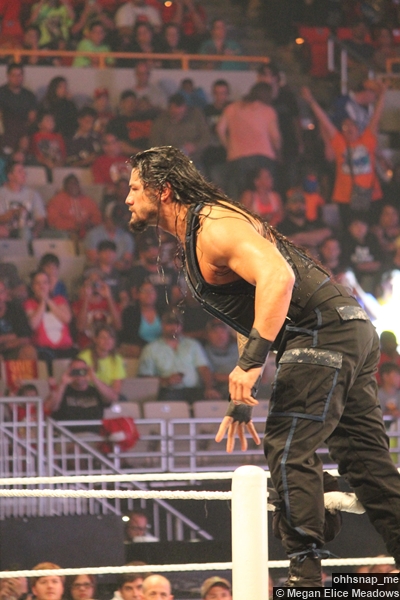 The 1180th edition of WWE Monday Night RAW, and the first RAW of 2016, came to you, live, from the AT&T Center in San Antonio, TX. As tumultuous as 2015 was for Roman Reigns, it looks as though 2016 will be no different as, after finally securing the WWE World Heavyweight Championship a few weeks ago on RAW, Roman has had to endure the wrath of WWE Chairman Mr. McMahon after the new champion put his hands on the boss the same night he won the title, but now the man that has infamously screwed several Superstars out of WWE’s top prize in the past may very well be looking do that on RAW as the first RAW of 2016 might be Roman Reigns’ last RAW as the WWE World Heavyweight Champion when Roman is forced to put the title on the line against the former champion Sheamus with Mr. McMahon serving as the Special Referee! With everything that Roman Reigns has done to the McMahon family in recent weeks, is a new champion all but a certainty on RAW or will Reigns somehow find a way to hang onto the WWE World Heavyweight Championship? What kind of tricks does the Chairman have up his sleeve to make sure that Reigns does not leave RAW as the champion?