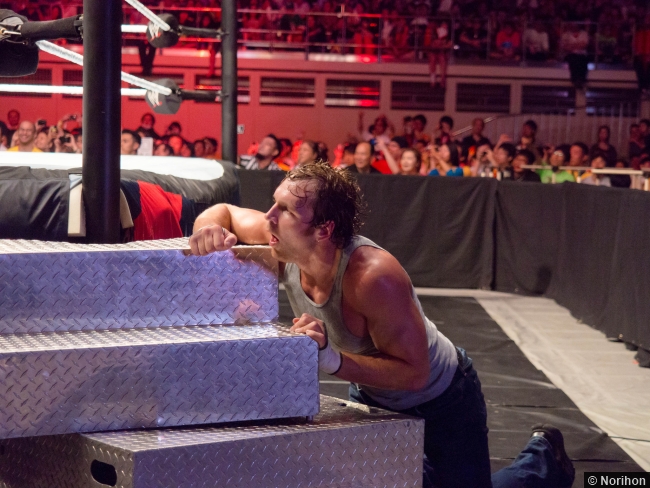 Caught in the Crossfire?

Four nights after WWE TLC, the 852nd edition of WWE Thursday Night SmackDown came to you from the Prudential Center in Newark, NJ. With the world still abuzz over the brand new WWE World Heavyweight Champion, Roman Reigns, Roman’s ‘brother’ Dean Ambrose had a banner night at WWE TLC where “The Lunatic Fringe” bested Kevin Owens to win the prestigious Intercontinental Championship. The next night on RAW, the former champion was determined to send a message to Dean Ambrose that he wants his title back as Kevin Owens would interrupt a non-title match between Ambrose and Dolph Ziggler, tossing Dolph out of the ring before planting the new Intercontinental Champion with back-to-back Pop-Up Powerbombs and, when Ziggler attacked Owens, a well-placed kick to the knee would allow Owens to drop Dolph with a powerbomb right on top of Dean Ambrose. Now, on SmackDown, “The Show Off” would be looking to get a measure of revenge when Dolph Ziggler goes one-on-one with the self-proclaimed “Prize Fighter” Kevin Owens. Can Dolph defeat the former Intercontinental Champion or will Owens’ drive to regain the Intercontinental Championship lead to Owens bulldozing Ziggler?