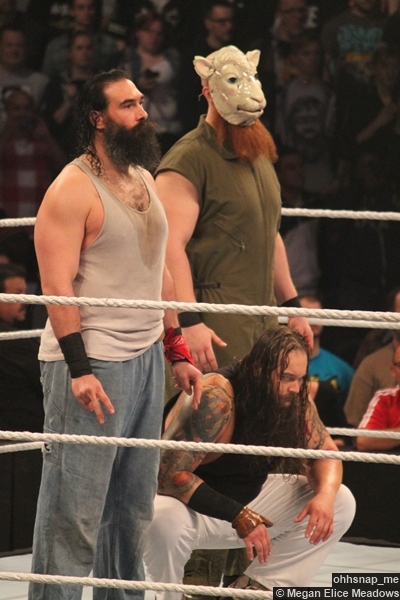 The seventh annual WWE TLC: Tables, Ladders, & Chairs will come to you, live on the WWE Network, this Sunday night, December 13, at 8/7c from the TD Garden in Boston, MA. As announced on RAW, WWE TLC will feature an 8-Man Elimination Tag Team Tables Match, as well as a Chairs Match for the United States Championship and a match for the Divas Championship. Here is the updated card:

In the Tables, Ladders, & Chairs Match for the WWE World Heavyweight Championship, tables, ladders, and chairs will all be provided and legal to use in the match with the only way to win is to climb a ladder and retrieve the WWE World Heavyweight Title belt hanging high above the ring. The match will have no pinfalls, no submissions, no disqualifications, and no count-outs.

In the 8-Man Elimination Tag Team Tables Match, tables will be provided and legal for all eight Superstars to use. Elimination occurs when a Superstar is put through a table and the match ends when all four members of a team are put through tables. There will be no pinfalls, no submission, no disqualifications, and count-outs.

In the Triple Threat Ladder Match for the WWE Tag Team Titles, ladders will be provided and legal for all three teams to use with the only way to win is for either or both members of a team to climb a ladder and retrieve the tag title belts hanging high above the ring and the first team to do so will walk out as the WWE Tag Team Champions. There will be no pinfalls, no submissions, no disqualifications, and no count-outs.

In the Chairs Match for the United States Championship, steel chairs will be provided and legal for both champion and challenger to use and, unlike the aforementioned matches, the match must end by either pinfall or submission in the ring. There will be no disqualifications or count-outs.

Both the Intercontinental Championship and Divas Championship matches will be contested under standard title match rules, meaning that the matches can end by pinfall, submission, disqualification, or count-out (with the title only changing hands by pinfall or submission).