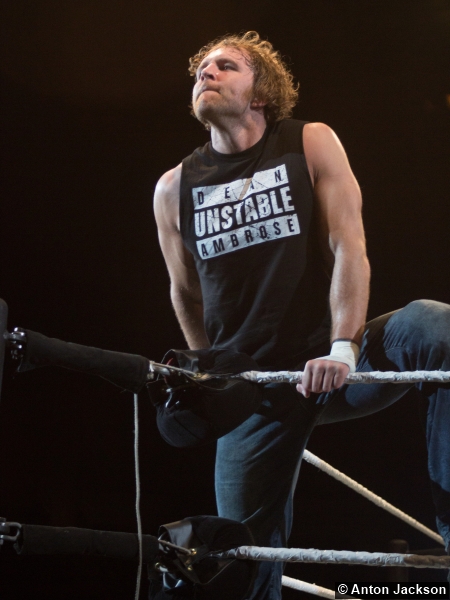 The 29th annual WWE Survivor Series will come to you, live on the WWE Network, this Sunday, November 22, at 8/7c from the Philips Arena in Atlanta, GA. The Semi-Finals of the WWE World Heavyweight Championship Tournament were decided on RAW as both the Semi-Finals and the Finals of the tournament will take place at Survivor Series. Also, WWE.com has announced that there will be a Traditional 5-on-5 Survivor Series Elimination Tag Match at the event, but participants are yet to be announced. Here is the updated card:

On RAW, Roman Reigns defeated Cesaro, Alberto Del Rio defeated Kalisto, Kevin Owens defeated Neville, and Dean Ambrose defeated Dolph Ziggler to earn their spots in the Semi-Finals at Survivor Series with the winners advancing to the Finals and the winner of that match being crowned the brand new WWE World Heavyweight Champion.

In the Traditional 5-on-5 Survivor Series Elimination Tag Match, two teams of five will face off with traditional tag team match rules. Elimination occurs by pinfall, submission, disqualification, or count-out. This will continue until all five members of one team are eliminated and the remaining member(s) of the winning team are declared the sole survivor(s).

Who is your pick to be the next WWE Champion? Post your comments in the box below.