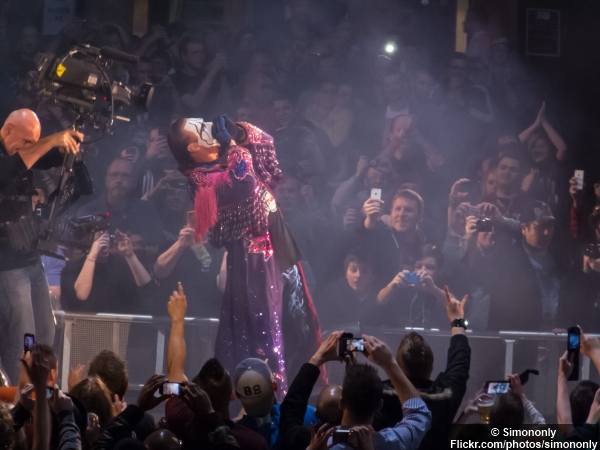 History was made at SummerSlam as, for the first time ever, one Superstar has possession of both the WWE World Heavyweight Championship and the United States Championship as, in a title-for-title match where the winner would walk out with both championships, John Cena and Seth Rollins would take it to one another, but the shocker of the match would go to the Host of SummerSlam Jon Stewart. The retired former host of The Daily Show would instantly make headlines by interfering in the championship match, inexplicably attacking John Cena with a steel chair and allowing Seth Rollins to capitalize with the Pedigree on a steel chair, scoring the three-count on John Cena to win the match and walk out as both the WWE World Heavyweight Champion and the United States Champion. As revealed on WWE’s official Twitter account earlier today, the WWE World Heavyweight and United States Champion has been touring WWE Headquarters in Stamford, CT with WWE COO Triple H with their tour expected to be explained tonight on RAW. Will Seth Rollins be receiving his statue in the lobby of WWE Headquarters as requested prior to his SummerSlam victory? What will John Cena have to say about losing the United States Championship, not to mention the unexpected involvement of Jon Stewart?