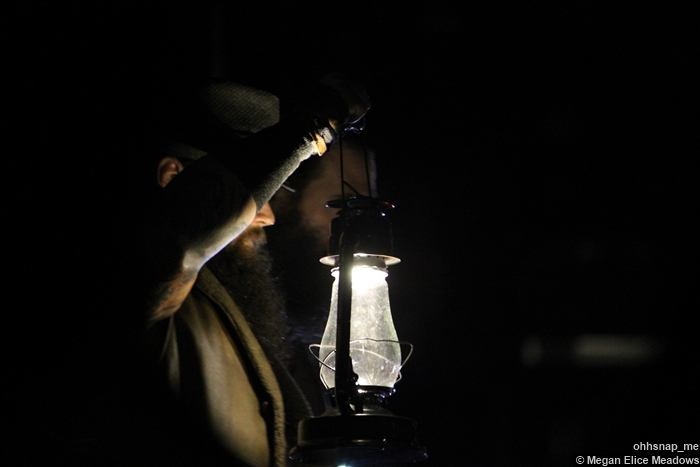 SmackDown kicks off with “The Lunatic Fringe” in action as Dean Ambrose would go one-on-one with “Mr. Money-in-the-Bank” Sheamus. During the hard-hitting contest, Dean Ambrose would score with an elbow drop on Sheamus, but Ambrose would also hurt his knee and, with both Ambrose and Sheamus down in the ring, Bray Wyatt would make his entrance into the arena. Ambrose would immediately turn his gaze to Bray Wyatt on the stage and, when the lights came back on, Luke Harper was standing on the announce table. “The Lunatic Fringe” would exit the ring with the intent of attacking Luke Harper, but Sheamus would blast Ambrose with the Brogue Kick on the outside! “Mr. Money-in-the-Bank” then rolls Ambrose back into the ring, hitting a second Brogue Kick, pinning Ambrose for the win.

After being attacked from behind by Stardust last week after defeating the cosmic Superstar, Neville was in action on SmackDown as “The Man That Gravity Forgot” went one-on-one with Adam Rose. In the end, it was Neville hitting the Red Arrow, pinning Adam Rose for the win. After the match, Stardust appears on the Tron, saying that, even the “sharpest arrows”, no matter the color, come “crashing down”. Stardust then tells Neville to be his “hero”, telling everyone to “embrace the strange”.

After securing control of the crown over R-Truth on the Battleground Kickoff, 2015 King of the Ring King Barrett would make an appearance on SmackDown, saying that the fans have lost sight of what is really important, the “King of Bad News” King Barrett. Barrett then says that, on the Battleground Kickoff, he showed everyone what happens when they try to “mock” his accomplishments, saying that his “crowning moment” is yet to come, telling everyone to “all hail King Barrett”.

Before going one-on-one with Rusev, Kevin Owens would make an appearance on SmackDown. Owens says that, ever since Battleground, all he has been hearing is “tap Owens tap”, but that is not what happened. Owens then says that gave United States Champion John Cena the match of his life before saying that his motto is “live to fight another day”, saying that is what he did at Battleground. Owens continues, saying that he has a family to think about so he was not about to suffer a “career-threatening injury” at the hands of John Cena. Owens then says that he does what he thinks is “best” for his career and he did just that on RAW and, after Sheamus left himself and Rusev in the 6-Man Tag match, saying that he is not going to “risk injury” fighting three top Superstars. Owens then says that, if Rusev wasn’t busy trying to decide which Lana he wants to “second base” with, then Rusev would understand. This brings out an angry Rusev as “The Bulgarian Brute” cannot wait to get his hands on Kevin Owens.

Following a confrontation during the main event of RAW that saw Kevin Owens walk out on the 6-Man Tag match, leaving Rusev to fend for himself, SmackDown would see Kevin Owens face “The Bulgarian Brute” Rusev, with Summer Rae in his corner. During a hard-hitting match between the two heavyweights, Rusev would nearly lock Kevin Owens in the Accolade, but Owens is quick to create distance between himself and his opponent, opting not to re-enter the ring, taking a count-out loss to Rusev.

In a backstage interview, Cesaro says that he always wanted to be in WWE and he has slept on floors and he hasn’t spent Christmas with his family in eleven years, but it’s all worth it because he loves WWE. Cesaro says that he wants to be the proof that “hard work pays off” and “the American dream never dies”. Kevin Owens then crashes the interview, saying that he accomplished more in one night when he defeated John Cena than Cesaro did in his entire life. Owens then accuses Cesaro of “abandoning” his family and Cesaro fires back, saying that Owens “abandons” just about every match he’s been in. Owens then says that he is on his way to catering and he is going to sit back and watch Cesaro lose to Seth Rollins and Cesaro responds by telling Owens that he hopes that Owens doesn’t “choke” on his food like he choked in his match against John Cena at Battleground, telling Owens to “walk Owens walk”.

As the Diva Revolution sweeps the Divas division, champions would face off on SmackDown as Divas Champion Nikki Bella would team with her sister, Brie, with Alicia Fox in their corner, to face NXT Women’s Sasha Banks and Naomi, with Tamina in their corner. In the end, it was Nikki Bella hitting the Rack Attack, pinning Naomi to pick up the win for The Bella Twins.

Then it was time for the main event as Cesaro would try to prove to everyone that he is worthy of being in the WWE World Heavyweight Title picture as “The Swiss Superman” would go one-on-one with WWE World Heavyweight Champion Seth Rollins in a non-title match. During the match, Seth Rollins would try to take his title and walk out on the match, but Cesaro would not let that happen as Cesaro tosses Rollins back into the ring. However, with the referee trying to get the WWE World Heavyweight Title belt out of the ring, Rollins would take advantage of the referee’s back being turned as the champion catches Cesaro with a thumb to the eye, following it up with the Pedigree and pinning Cesaro for the win. After the match, Seth Rollins would exit the ring, proud of his victory as Kevin Owens walks past the champion on his way to the ring. The disrespectful Superstar would then pick the bones of Cesaro, pounding away at “The Swiss Superman” before delivering the Pop-Up Powerbomb in the center of the ring, standing over Cesaro.