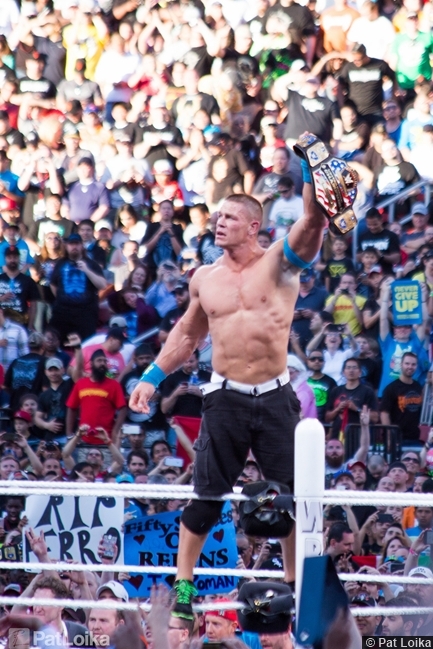 Taken to the Limit.

Thirteen nights before WWE Battleground, the 1155th edition of WWE Monday Night RAW came to you, live, from the Allstate Arena in Chicago, IL. After systematically dismantling The New Day on the WWE Network special The Beast In The East this past Saturday, “The Beast” Brock Lesnar would come to RAW as the #1 Contender for the WWE World Heavyweight Championship would appear on RAW for the first time since he was unexpectedly left laid out at the hands of The Authority two weeks ago. With his sights set firmly on Seth Rollins and the WWE World Heavyweight Championship at Battleground, what will “The Beast” have in store for The Authority on RAW?

This past Saturday at the Beast In The East event in Japan, Kevin Owens lost the NXT Championship to Finn Balor in what was an incredible championship match. However, now that the brash and disrespectful Kevin Owens is without championship gold of his own, is the former NXT Champion that much more dangerous heading into his United States Title match against John Cena at Battleground? Will Kevin Owens be looking to take out his frustration on the United States Champion less than two weeks before their collision at Battleground?