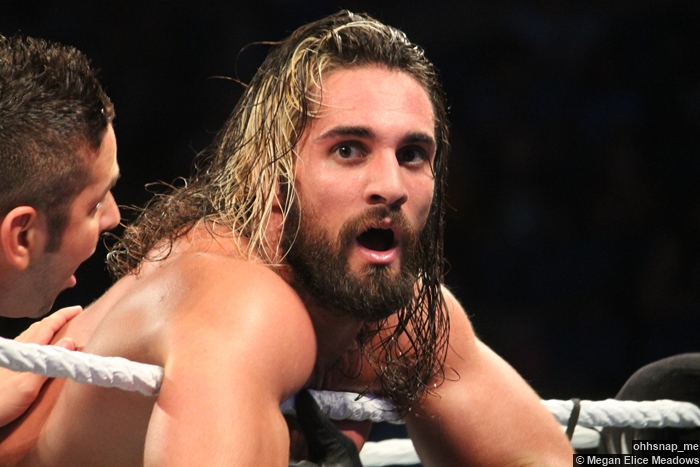 Six nights before Money-in-the-Bank, the 1151st edition of WWE Monday Night RAW came to you, live, from the Smoothie King Center in New Orleans, LA. This Sunday at Money-in-the-Bank, seven accomplished Superstars will compete for future championship glory in the Money-in-the-Bank Ladder Match, where the winner of the match will earn himself a guaranteed shot at the WWE World Heavyweight Championship at any time he sees fit for the next year. Before Roman Reigns, Randy Orton, Sheamus, Neville, Dolph Ziggler, Kofi Kingston, and the newest addition, Kane, take part in the wild Money-in-the-Bank Ladder Match, the competitors would be in action on RAW as, in a rematch from last week’s encounter that ended in a disqualification and a post-match assault, “The Viper” Randy Orton would go one-on-one with the man who left him lying last week, “The Celtic Warrior” Sheamus. With questions still surrounding his budding and mysterious relationship with Lana, Dolph Ziggler will have to focus on his opponent as “The Showoff” would go one-on-one with The Authority’s Director of Operations Kane. Considered one of the favorites to win the Money-in-the-Bank Ladder Match this Sunday, Roman Reigns would be in action on RAW as well, squaring off with WWE Tag Team Champion and New Day member Kofi Kingston.