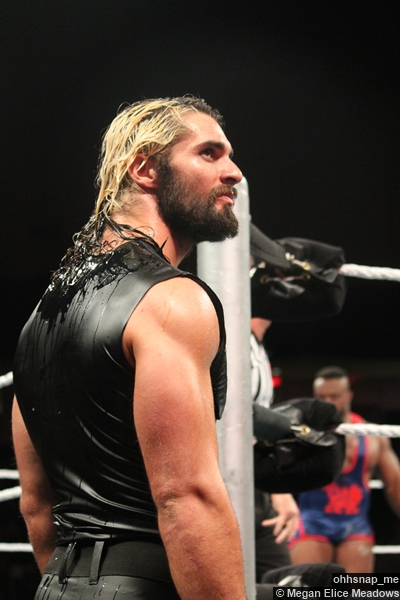 Ten nights before Payback, the 820th edition of WWE Thursday Night SmackDown came to you from the Canadian Tire Centre in Ottawa, Ontario, Canada. On RAW this past Monday night, things went from bad to worse for WWE World Heavyweight Champion Seth Rollins as the champion was pinned by Dean Ambrose and, per the orders of Director of Operations Kane, that means that “The Lunatic Fringe” will be a part of the WWE World Heavyweight Title match at Payback, making the match into a Fatal 4-Way Match! Before the WWE World Heavyweight Championship is up for grabs a week from Sunday at Payback, champion Seth Rollins, Randy Orton, Roman Reigns, & Dean Ambrose will all be in the same ring at the same time on SmackDown for the official contract signing for the Fatal 4-Way Match! After Roman Reigns took out Seth Rollins with a Spear, Randy Orton took out Roman Reigns with an RKO and Dean Ambrose took out Randy Orton with Dirty Deeds on RAW, there is sure to be some bad blood brewing between all four of these men. Will the contract signing come to blows between the four Superstars?