So many wrestlers declared on Saturday night that the Hall of Fame ceremony was their favorite night of WrestleMania season. Judging by the crowd’s reception going in, during, and walking back to the hotels, that’s a one-sided opinion.

Don’t get me wrong, the ceremony was quite good, with only one speech really dragging too long, and nothing dragged as badly as Lita and Mr T’s speeches did last year. In fact, despite those two clunkers last year, I would say the Hall of Fame is on a bit of a roll. The show at Madison Square Garden saw Bruno Sammartino, Bob Backlund, Mick Foley and Booker T all inducted with great speeches. Last year the trio of Ultimate Warrior, Razor Ramon and Jake Roberts went in and each gave a powerful speech. Roberts’ in particular was so moving I wept, not only because of the content but of the great conviction with which it was spoken.

Since 2004 the Hall of Fame has been a WrestleMania week staple. It has allowed fans a chance to celebrate childhood heroes, or those heroes’ heroes themselves. I love the idea that it’s the one night a year where Vince is at his most laid-back. WrestleMania planning is done, the whole family is together and a typically stress free fun time is had by all. I love the Hall of Fame and I don’t want to see it go away.

But I do want to see it tweaked a bit. 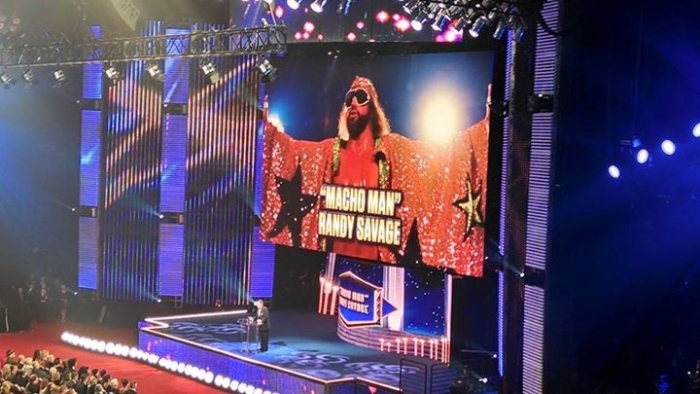 The one major problem with the event in its current form is that it drags. I won’t say “it’s too long” because, if done well, the length doesn’t have to be a problem. But the format is essentially a non-stop parade of speeches.

My wife and I sat down at our Hall of Fame seats just as the first wrestlers were making their way to their seats. 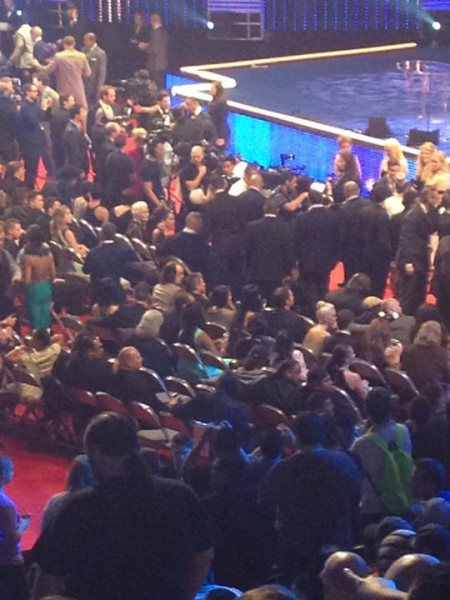 The time at this point was about 4:30pm. Once the event began at 5pm (local time), it did not relent until well past 10pm.

I was a fan of almost everyone who was inducted (I confess to knowing little about Fujinami, and to caring little–sue me–about Kevin Nash), and so I had a mostly-vested interest in each speech. To that end, only poor Larry Zbyszko (who lost his notes earlier in the day) disappointed with his speech. Though parts of it were quite good and moving, some of it was rambling. Fujinami’s speech was short and sweet and Kevin Nash had a pretty good one himself.

On the individual levels, the show was quite good, but the sum does not measure up to the parts. Michael Cole officially opened the show before the cameras started rolling, by echoing the warning signs taped around the doors of the arena: “Please respect the stories these legends are telling, and don’t shout at them or boo them.”

Fine enough, but it’s hard not to when Lita spends half an hour talking about her time in Mexico. There wasn’t a moment that bad at all (other than Zbyszko’s speech) on the 2015 show, but every mention and camera shot of Roman Reigns was met with a chorus of boos. Also Daniel Bryan, of all people, was booed for starting his speech in honor of Conner the Crusher, with the declaration: “What we do…is fake…” His point was that the inspiration wrestlers bring to people is based on a fake presentation, but the inspiration of Conner was very real. I understand the sentiment, but such a stunning opening to a speech caused people to react negatively to the statement. 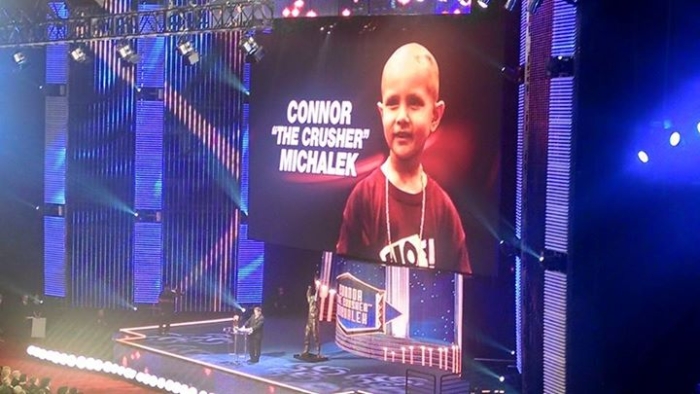 Bryan wasn’t the only one to break kayfabe that night. Shawn Michaels had the most entertaining speech of the evening, as he went on about bringing Kevin Nash into the WWF as a bodyguard-type character, only for Vince to fall in love with the big man and put the title on him before HBK. It was a great laugh at Vince’s (and his infatuation with big guys over more talented, smaller, wrestlers) expense, but I doubt it sat well with the boss in the back. HBK’s speech was short and sweet, as was Nash’s. Had the whole night’s speeches been around those lengths, the crowd would not have been nearly as restless.

Right now the Hall of Fame is the show you go to when you order the travel package and it comes with a ticket. If I had to choose between a Hall of Fame show and the NXT show (that I had to pay for separately), I would have chosen NXT in a heartbeat…and most other fans would have as well.

So what can be done to improve the Hall of Fame experience so that it becomes a genuine attraction for fans in town for WrestleMania?

For starters cut the number of inductees and thus cut the time down. 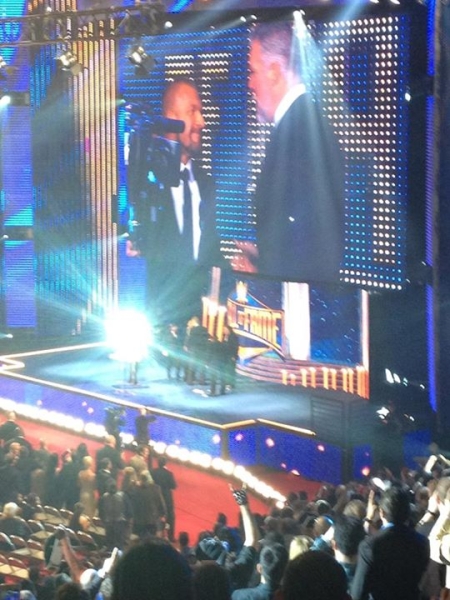 Trimming it down to say, one man, one woman, one Warrior Award, one celebrity, and one bonus (be it another man, woman or a tag team) would give the night ten total speeches to sit through; That’s much more manageable.

Another thing would be to offer a House Show-style intermission.

The show is taped to be aired on the night after WrestleMania. Usually only the top three speeches make the cut and usually those are heavily edited. The show may last five hours but it doesn’t matter because those watching later on USA are only going to see about 90 minutes of it. What harm can it be to induct a few people, then take half an hour before the final few inductees go in? It would give fans a chance to move around and break up the monotony of the event. I got up during Zbyszko’s speech, though I make it a point NEVER to leave my seat at a wrestling event. But this time I’m glad I did, because I caught a glimpse of a ghost prowling the concession area… 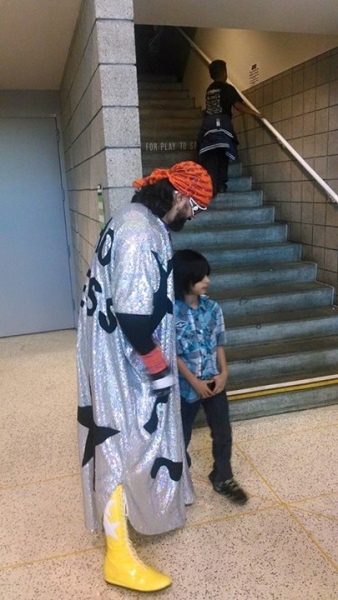 One more thing would be to be a little stricter on the length of the speeches.

I know Vince tells his guys going in to have fun and say whatever is on their mind. And I understand that the Hall of Fame speech is usually the last big promo those guys and gals will ever cut. But that policy only lasts for the first half of the night. After that he’s shouting a people to wrap up their introductions, wrap up their inductions, and wrap up their thank-yous.

Again, we don’t need 45 minutes about Mr. T.’s mama, and as awkward as that was, it was even worse seeing Kane come out and lead him off the stage for taking too much time. If he had known going in how long to speak, such a thing would not have avoided.

Along those same lines would be to get rid of Lawler; he doesn’t need to be there. All that is needed is to play the video package of the Hall of Famer, and then a simple narrator on the speakers saying “Ladies and Gentlemen…” while announcing the person who is inducting the Hall of Famer. So much could be streamlined to provide for a better live experience.

And that’s the goal. No matter what the show is going to be trimmed and edited for the TV broadcast, but for those who go to WrestleMania, and who like the idea of the Hall of Fame, changes need to be made to make it an event worth looking forward to.

Because right now fans mostly go because they have a ticket and a free night for it.

I don’t regret going. It was great seeing a lot of old favorites in the crowd, and getting to cheer when they were name-dropped by speech-makers. It was great cheering on Savage from beyond the grave, laughing with HBK and Nash’s speeches and very sweet to shed tears in the memory of Connor the Crusher. There’s nothing wrong with the idea of the Hall of Fame. Just the way it is currently presented.

Having said that, it’s still a chance to cheer for people you might not ever see in person ever again. 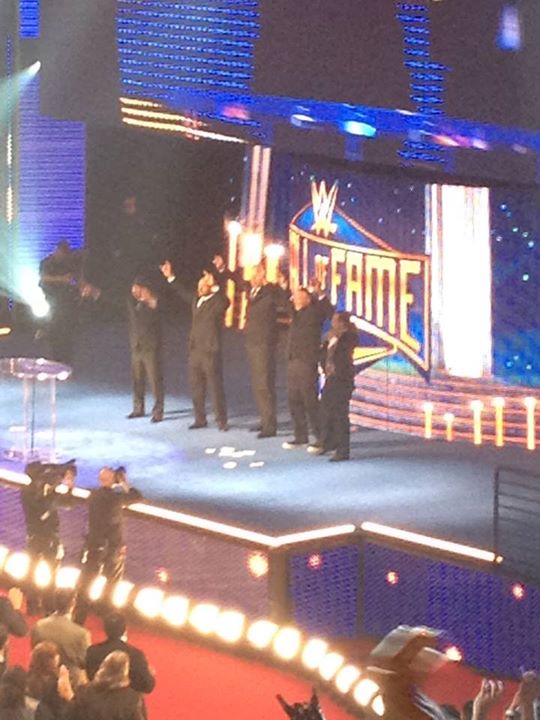