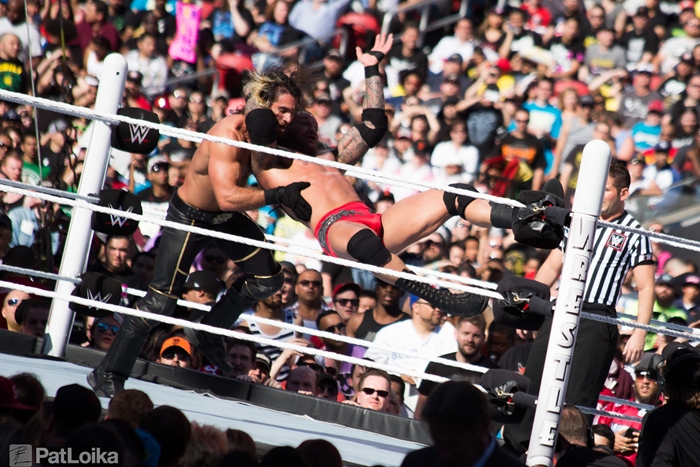 Two weeks before Extreme Rules, the 1143rd edition of WWE Monday Night RAW came to you from the O2 Arena in London, England. Last week on RAW, Randy Orton survived a Triple Threat Match against Ryback and Roman Reigns, with plenty of involvement from The Authority, to become the new #1 Contender for the WWE World Heavyweight Championship as “The Viper” will challenge Seth Rollins for the gold at Extreme Rules. However, there would be no time for celebration following Orton’s victory as Seth Rollins would quickly hit the Curb Stomp on Randy Orton, leaving the WWE World Heavyweight Champion standing tall at the end of the night. No doubt seething from last week’s Curb Stomp, will Randy Orton be looking for revenge against Seth Rollins and will it be Orton standing tall over the champion after all is said and done?

Ever since he defeated Rusev for the United States Championship at WrestleMania, John Cena has made good on his promise to defend the prestigious title each and every week against any Superstar who thinks they are deserving of the United States Title. Even an upcoming title defense against Rusev at Extreme Rules will make Cena go back on his word and, as RAW emanates from the UK, John Cena is scheduled to kick off the show with his U.S. Open Challenge!