Game of Thrones: What to expect from season 5?

In some ways, it’s quite odd that Game of Thrones has grown to be one of the most hotly-anticipated and internationally renowned shows on television. And that’s not because I’m a snob who thinks fantasy series should be kept firmly in the basement with the nerds- if anything, I’m down there with you- but because it’s such an out-and-out fantasy epic. Complex political intrigue plays up against dragons and richly detailed new societies and hierarchies in an ambitious way, a way that might have put audiences off ten, twenty years ago. But now-with it’s never-ending cast of great actors, packed-to-the-brim scripts, and amazing visuals- Game of Thrones has earned it’s place amongst the most critically lauded and hotly adored shows on television. With season five on the way, I think it’s time to take a look at what we can expect from the next series of Game of Thrones. 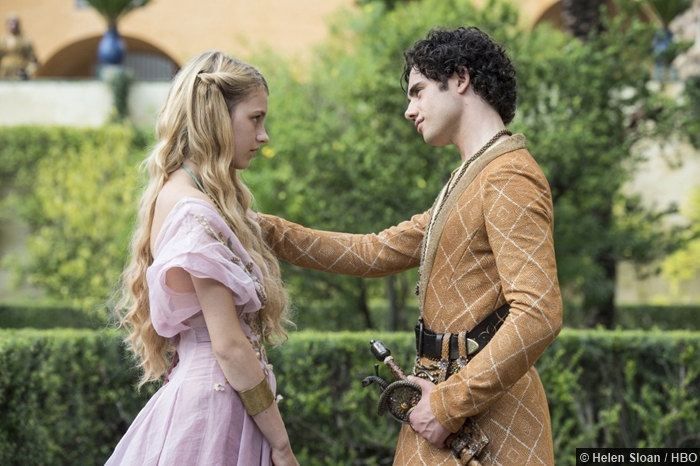 Game of Thrones has an ever-changing cast of characters, with no-one safe from the threat of the writer’s guillotine (or, you know, big sword). After the rather violent dispatching of a number of characters at the end of the last season, you can be sure that there’ll be a few more introduced in the next. There are a few that we know will be turning up for certain-Prince Doran Martell will join the cast, along with his three formidable nieces, Obara, Tymeria, and Tyrene (known collectively as the sand-snakes), and only son, Prince Trystane. Bronn’s affluent wife will also be joining the show and, perhaps most exciting, regular Gilliam collaborator Johnathan Pryce will be gracing the series with his thespian presence as the High Sparrow the High Septen of the Faith of Seven (I really, really hope that the Brazil alumnus insists on everyone calling him that all the time). You can also say hello to the intriguing new character of Maggy the Frog, a psychic played by Jodhi May. 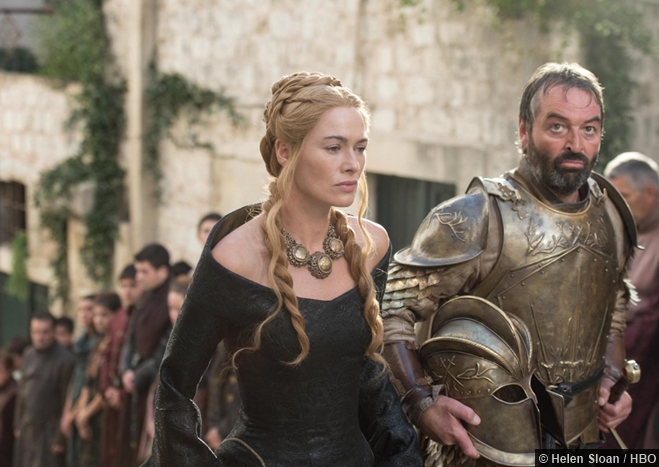 While not much is known about the specifics of how these elements will be worked into the plot, you can be guaranteed another Cercei-filled season to keep all you Lena Headey fans (read: everyone in the entire world) at bay for another year. We know that Nell Williams has been cast to play a young Cercei Lannister, which presumably means we’re in for a few flashbacks showing us how everyone’s favourite evil queen came to be quite so formidable. There’s also an interesting plot-which apparently will involve Johnathan Pryce in some way- which will require Cercei to perform a walk of repentance through the land. We know for certain that this is going to be in the series, because what other reason would there be for the production team to shift filming to dodge local nudity laws? While some cynics-including me, admitted- will argue that this is another excuse for the directors and writers to get another one of their female character out of their skivvies, Lena Headey will bring something awesome to it because hey, she’s Lena Headey.

He might not ever reach the staggering heights of fan hatred that the legendary King Joffrey acquired, but that’s not to say that Ramsay Bolton isn’t going to have a damn good time trying to be the most hated character the show has ever seen. He’s been officially made Roose Bolton’s heir, and it looks like he’s going to be stepping up to take the throne at Winterfell-which we’ll hopefully be returning to this season-at some point soon. In other news? Look away, serious spoiler fans, because…

Click here to expand spoiler fans
he’s allegedly going to be getting married at some point soon- and to none other than fan favourite Arya Stark. I’m sure we can imagine how superbly he’ll treat her, and how quickly the fans will be calling for his head on a big stick if he doesn’t sort out his act soon.

It looks like it’s going to be a full and interesting season for the most treacherous man in the land. 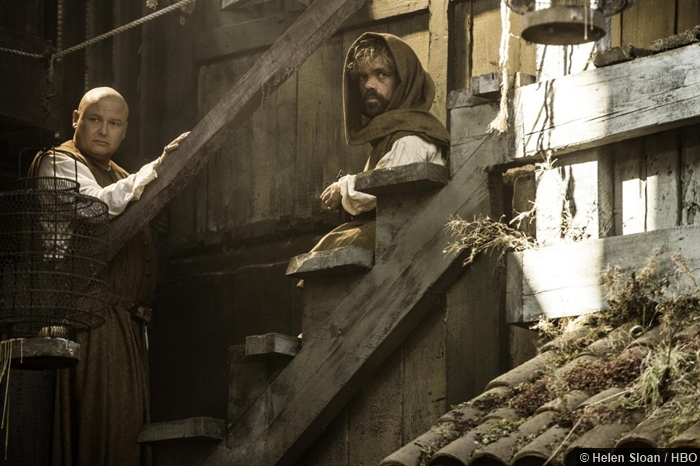 And who might I be talking about here, I hear you cry? Tyrion Lannister, of course. After finishing off Tywin Lannister while the latter was on the bog, of all places, we’re expecting an even better season for the ever-evolving Peter Dinklage. And, from what we can see in the promos, we’re not going to be disappointed. Not only is he sporting a beard and giving everything his trademark sardonic glance, but he’s taking on a massive adventure in the following season involving pirates and the incredible CGI beasts that the show’s creative team have taken such pride in over the last few seasons. Oh, and for the record? Charles Dance is signed on for a few appearances this season, so don’t go thinking that you’ve seen the last of Tywin Lannister yet…

(On a side note, this appearances are presumed to be in flashback form as opposed to actually having him rise for the dead. We hope)

The Wilding Varamyr Sixskins looks set to arrive at some point during this season, and he’s called Sixskins for a reason- he comes complete with a full set of action figures companion animals at his beck and call. And that means a whole lot more work for the special effects team. He’ll turn up with a snowbear, a shadowcat, and three wolves in tow (and just check out some of the fan art that’s been created for these creatures if you don’t believe just how cool they are going to be). And surely this season we’re going to get a bit of a closer look at some more of the Khaleesi’s dragons, right? Especially considering that the biggest and baddest of them all is still on loose, and surely due for a return at some point soon…

So, that’s what we know (mixed in with a bit of speculation) about season 5 of Game of Thrones. The series returns on 12th April on HBO and 13th April on Sky Atlantic; will you be tuning in?