You should be watching Vikings right now.

You should be watching Vikings right now.

I can’t count the number of people at whom I’ve directed this simple sentiment since I started watching the series last year, but it’s never enough. My eternal fear that the barely-watched History Channel original drama is going to get axed by some bored studio executive is almost overwhelming, and tends to be one of those fears that haunts me just before I go to sleep every night. So, understand this before anything: this is a show you need to be watching, just so I can get to bed a little easier knowing that it’s not going to be cancelled under my nose. Agreed? Agreed. 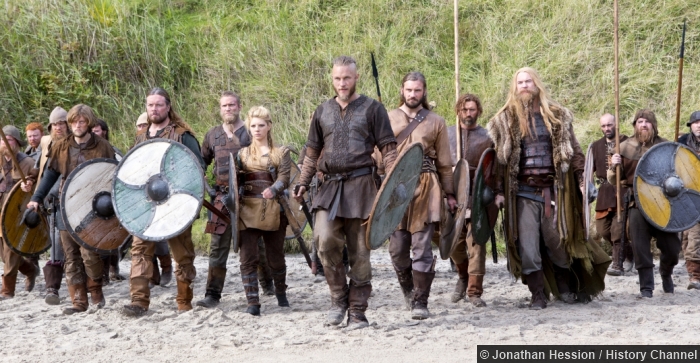 After two very short seasons, I was slavering for more- and I wasn’t disappointed. This is a series which has always been a little bit subversive in a lot of ways- from those first two episodes that rip the carpet right out from under your feet by showing the Vikings- the stars of the show, who’ve we’ve seen as husbands, fathers, mother, farmers, and people with faith in the series premiere- as remorseless, terrifying killing machines with no mercy and no time for any religion but their own. And, yeah, there’s a lot of scenes where the Vikings go and wage awesome battle with various hapless troops, but there’s also plenty of time spent examining the religious conflicts of the day, and the fascinatingly complex politics at work in the uneasy friendship between the Norsemen and the Englishmen. Everything from the place of mortality to the place of women is given screentime over Vikings’ limited run, and that in itself is admirable. I mean, this is the first ever original drama the History Channel have put together- I was expecting something far more along the lines of an alien Tutankhamun abducting Hitler forming the basis of a wacky sitcom.

So, let’s talk about the third series of Vikings. We’re a handful of episodes in at this point and, so far, it’s made gratifyingly big steps into a new area (literally and metaphorically), throwing off the roundabout shackles that shows like The Walking Dead and Game of Thrones find themselves stuck in. With our leading Vikings heading over to England to try and work alongside English royalty and establish a safe, functioning life in the more arable soil, the action is shifted an entire country, and the new setting seriously helps in keeping the show as fresh as it ever was. Sitting back on their laurels would have been easy and even understandable, but Vikings is a show that simply refuses to sit around and do nothing when there are so many new worlds to explore.

I think one of the main defining features of the series so far has been the increase in violence. It sounds odd to say, because Vikings has never flinched away from showing violence in a matter-of-fact and shockingly casual way, but the first couple of episodes have really delved into the blood and guts drawer with gusto. Violent fantasy sequences establish the arrival of the mysterious (and heavily flagged) new character The Wanderer, while someone voluntarily has their arm sliced off and cauterized in edifying detail in order to prevent further infection. The transcendently good fight sequences have kicked up into a high gear, with wonderful character moments built into the jaw-dropping brutality. A haunting moment closed out the last episode, with fan favourite Athelstan (a monk who was taken by the Vikings from Lindisfarne to their settlement, and has since absorbed much of the Viking culture and found himself sympathetic towards- and even friends with-his once-captors) appeared with a stigmata on his hands (not for the first time). Vikings is make a statement about how big and bad it’s willing to go, and, thanks to the brilliant real effects, I don’t mind that one bit.

But, as ever, the best part of Vikings is the characters. Leading man Ragnar Lothbrok- played by Travis Fimmel who was, of all things, an underwear model before he took this part-remains one of the most scintillatingly silent characters on TV, the camera luxuriating in glances, smiles, and calculations you can see him making in his head the whole time he’s on screen. His striking out in new territory with his trusty men- well, mostly trusty, apart from his occasionally treacherous brother Rollo, a committed warrior who may or may not be in the midst of a breakdown. Ragnar’s ex-wife, Lagertha, who’s an earl in her own right, is leading a bunch of Vikings and Englishmen is hashing out a farm on new territory, while the English king attempts to court her. Various other subplots are beginning to arise, turning the series into something that’s just a few carefully-handled steps below convoluted. This series, we’ve moved beyond the simple raid-return-raid-return rhythm established by the first couple of seasons and into a more complex and more settled groove that will likely encourage a bit more focus on the characters and a few fewer shots of the stand-in scenery. 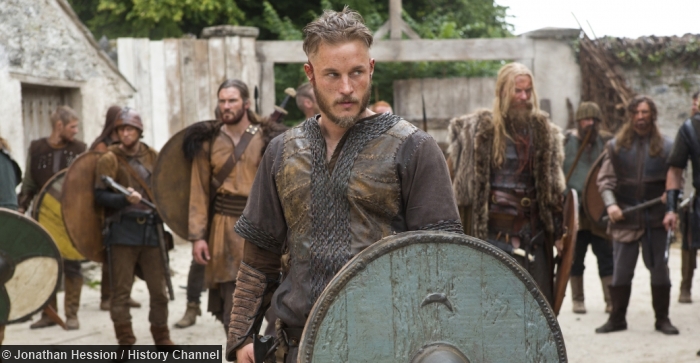 So, what am I hoping for from Vikings this series? Overall, what I want is more of the power-tusslign we’ve seen taking place over the last couple of seasons. The dichotomy of those who want power not being worthy of actually having it has been an interesting and pervasive theme so far, and it seems like it’s going to step up even further this season, with various levels of power, and new places where power can be given and taken away. I don’t want the series to get bogged down in introducing too many new characters, but I’m already intrigued by the well-handled few they’ve dabbled with so far. I trust the writers and directors of this show to prove that they’re worth watching with this vital third series and finally-finally- get the viewers and critical acclaim that they deserve. I’ve said it once and I’ll say it again: you should be watching Vikings right now. What are you waiting for?